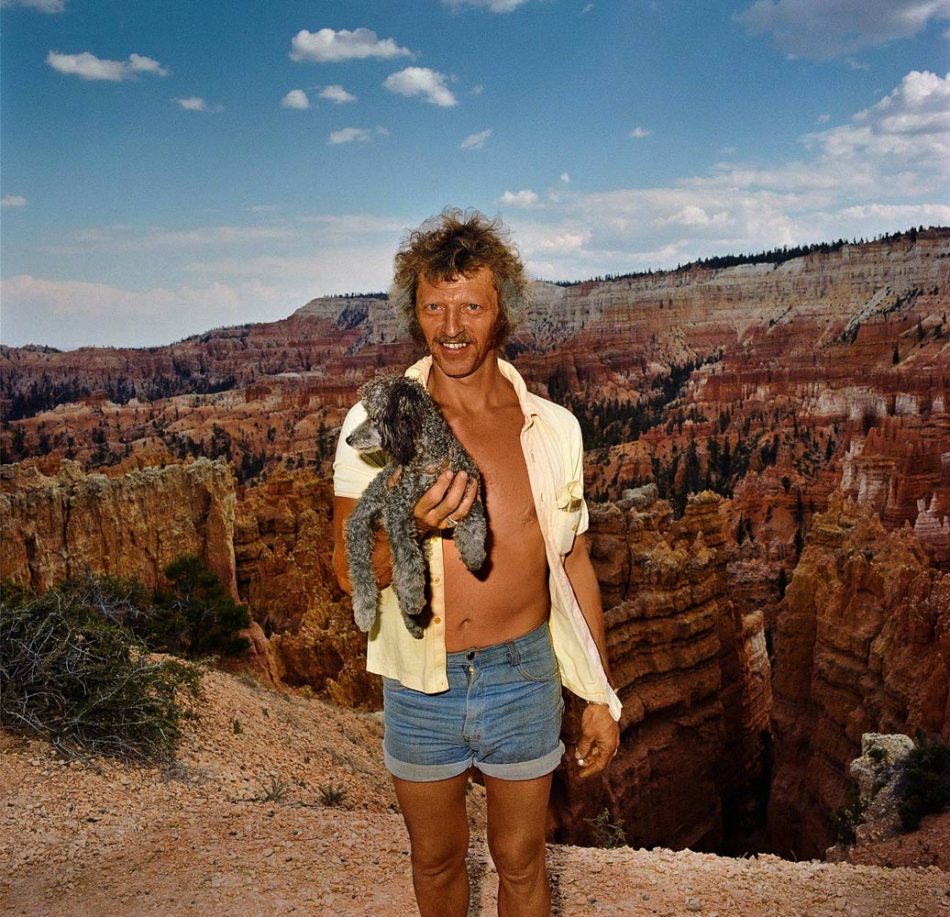 With all things YMC being set to nostalgia mode as we continue to explore our current collection ‘Wish You Were Here’, it seemed appropriate to share some of the amazing photographs from Roger Minicks ‘Sightseer’ series, capturing the cult of the American tourist during the 80’s and 90’s.

Acting as a time capsule of holiday style during an era of questionable fashion choices, Minicks series gets to the heart and soul of road tripping in America. “Humor is integral to the series because the sightseeing experience, particularly in the United States, is a crazy, frenzied activity. The easy accessibility of the sites and the bigness of the landscapes contribute to a larger-than-life experience,” Minick wrote. 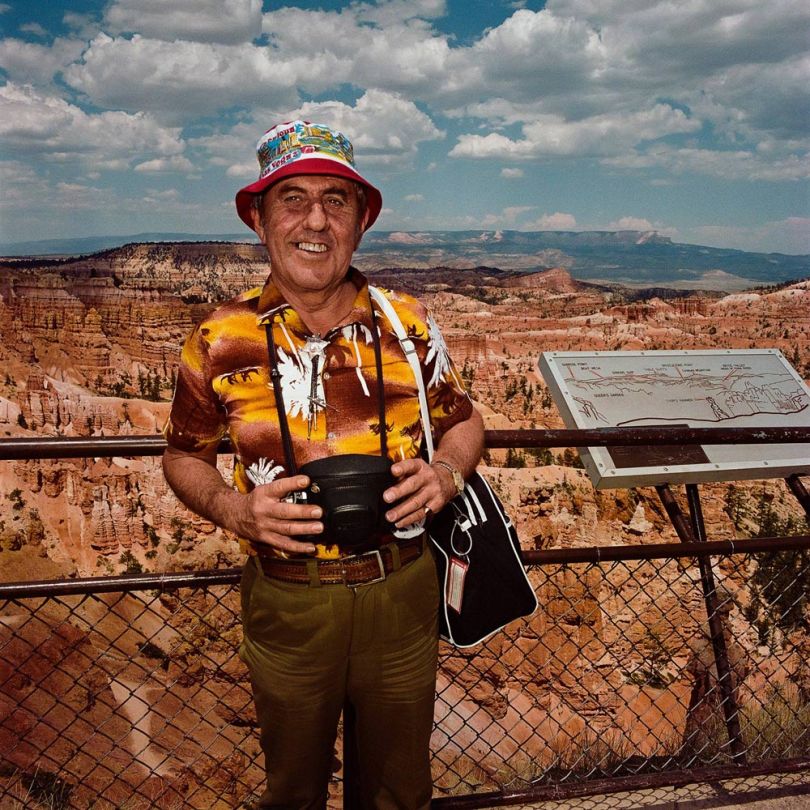 Minick’s interest in tourists began in 1976 as he was invited to teach on the photography course at the Yosemite National Park. After watching students meticulously line up their tripods to take identical photos of clear view landscapes, it wasn’t long until he started to notice something happening alongside.

As Minick recalls, ‘waves of tourists were continually arriving at the overlook’s parking lot in cars, buses and motorhomes, thrusting their way through this gauntlet of photographers not only for a clear view of the famous vista but also for the obligatory snapshot of themselves proving they were there. After witnessing this recurring bit of theater over several days, I found myself becoming increasingly fascinated with these visitors, recognising what a striking cross section of humanity they were.  I began to see the visitors as having a specific humanity, their own classification, a genus––Sightseer Americanus, if you will.’ 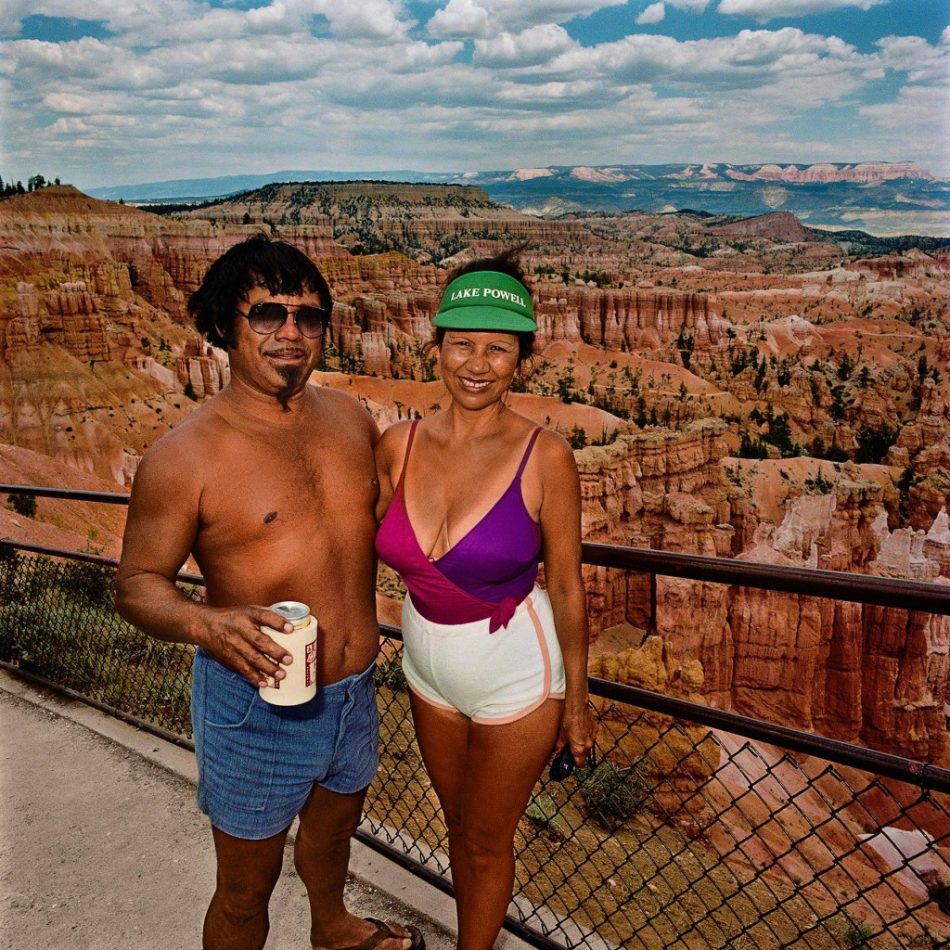 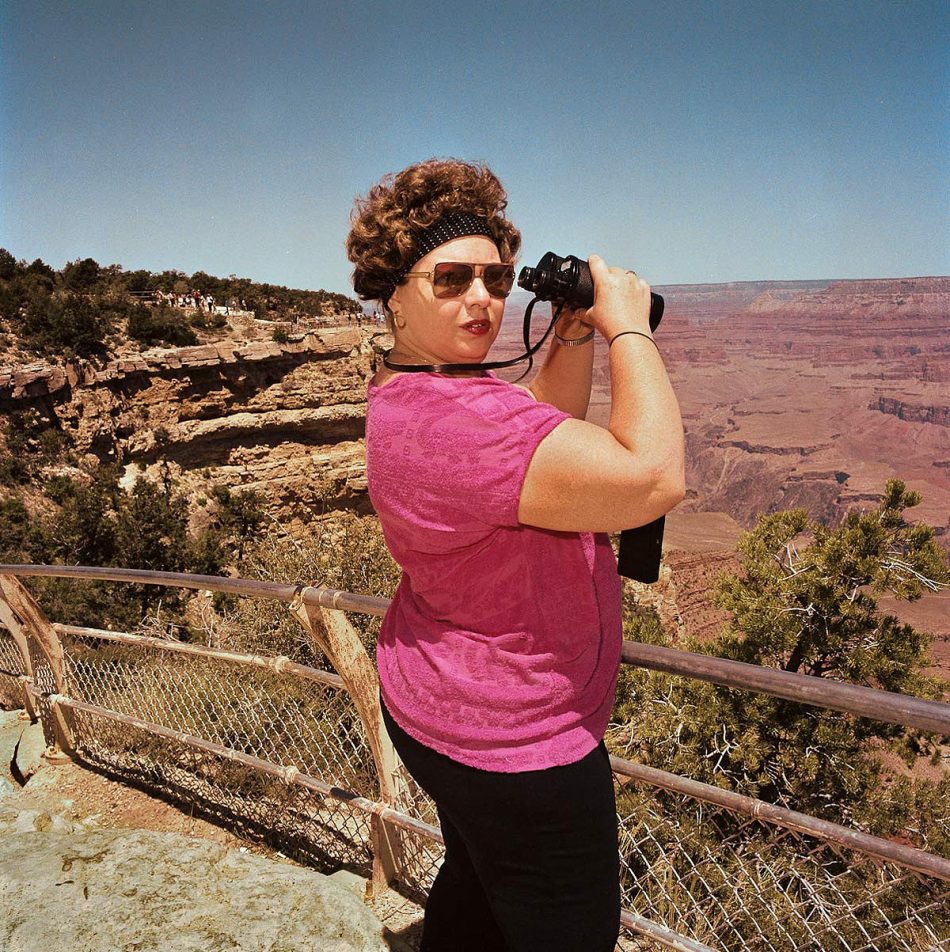 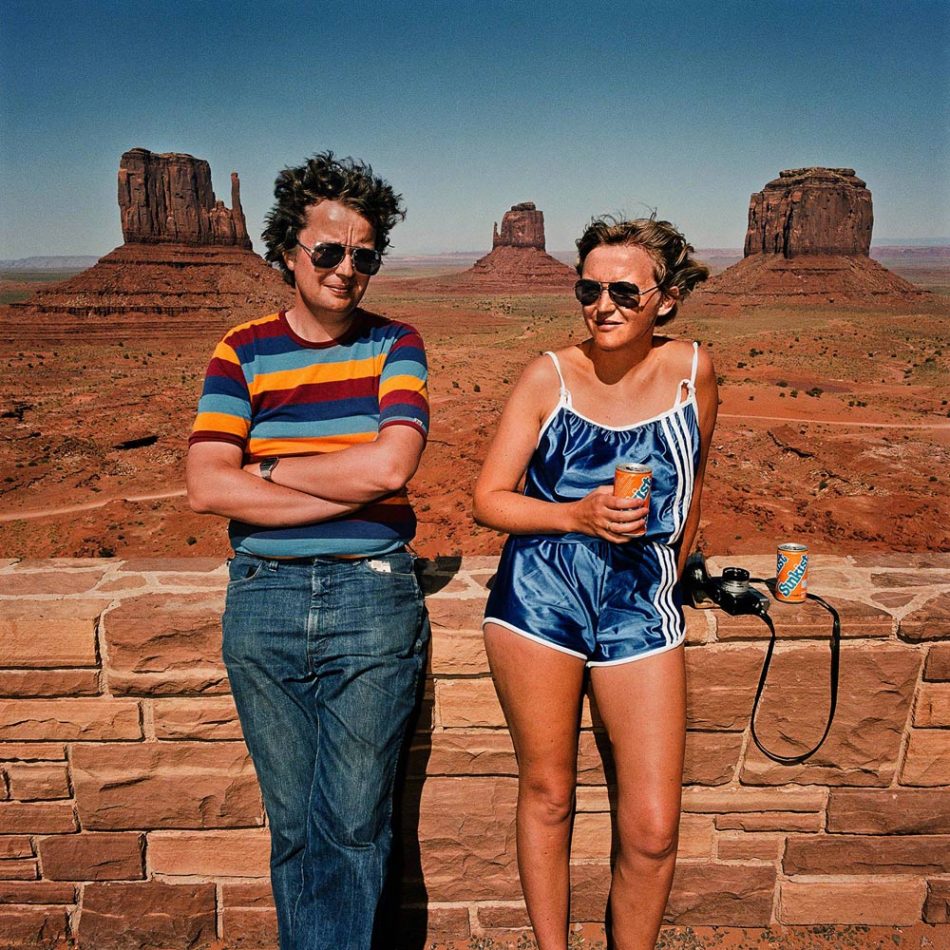 Several years after his first observations, Minick would set out on his own family road trips with the intention of capturing what he had seen back then. Capturing the perfect image required the patience to wait for the right kind of people to appear that complemented the background that he chose to shoot against. Sometimes it was a matter of clothing style or colour and other times there was something interesting in the character of the people or the dynamic between them. 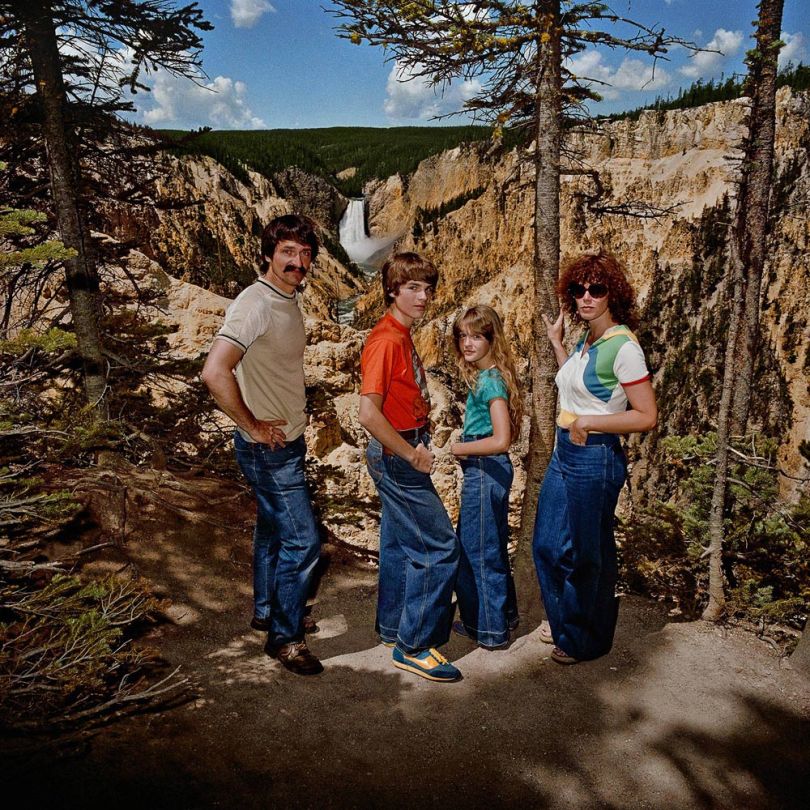 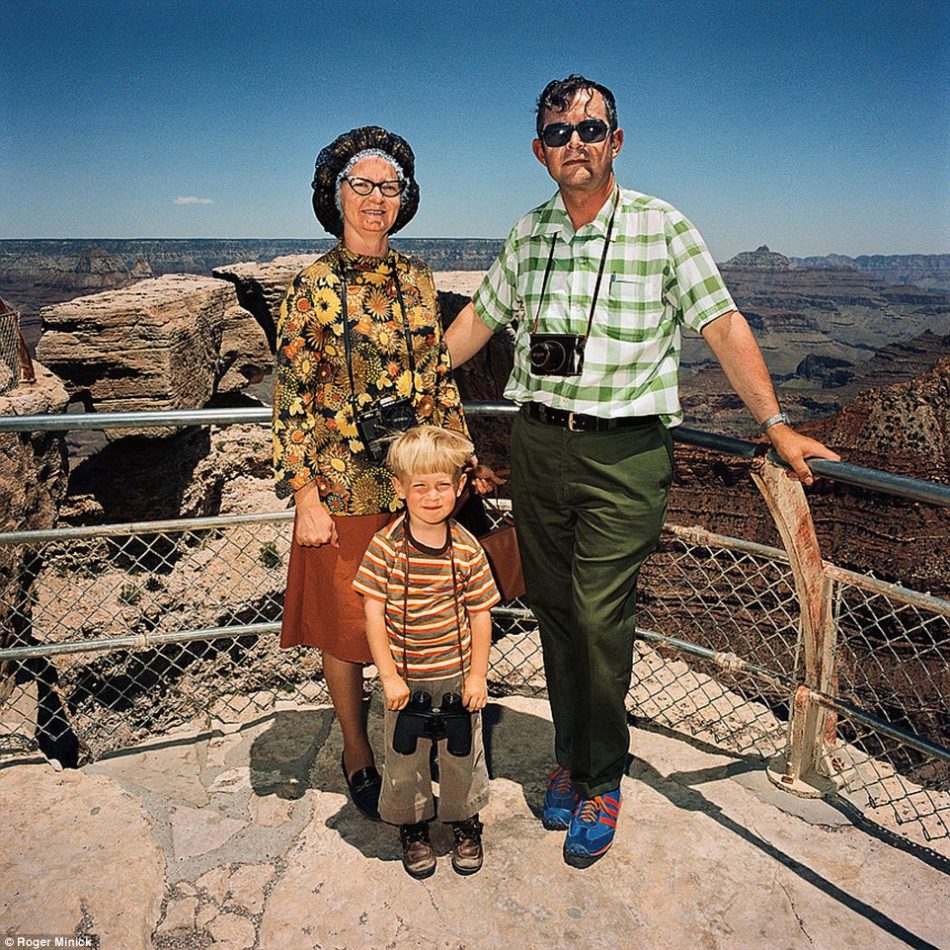 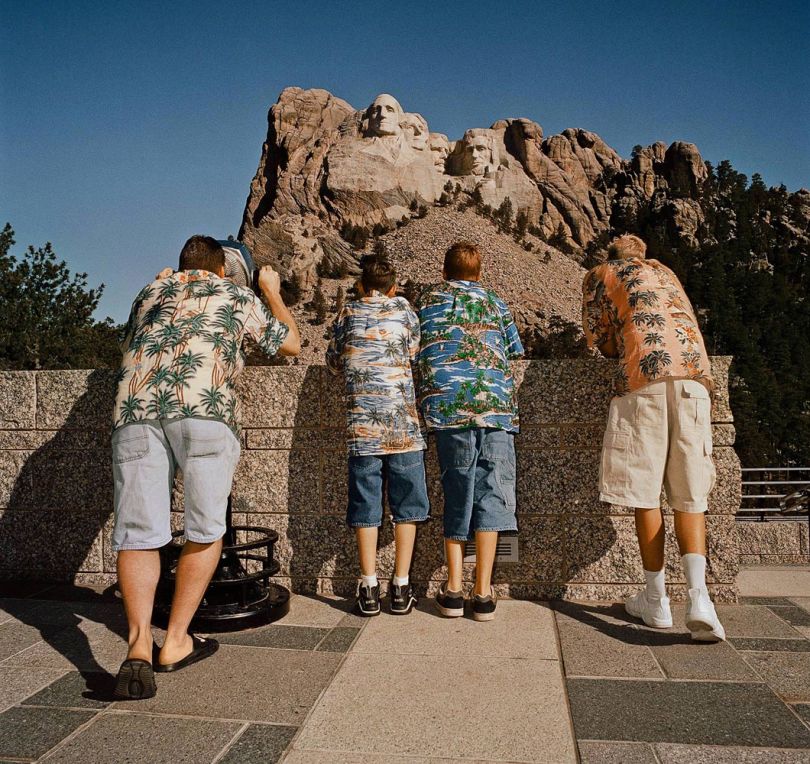 “In the end I came to believe that there was something more meaningful going on––something stronger and more compelling, something that seemed almost woven into the fabric of the American psyche.” 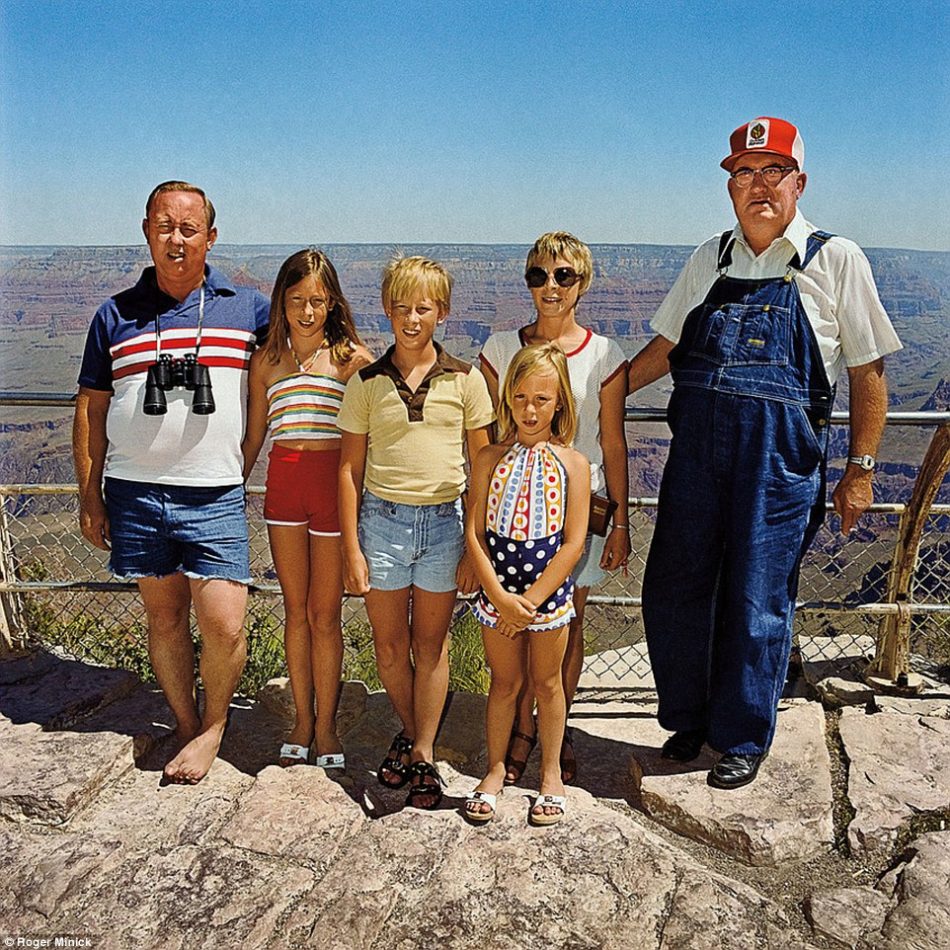 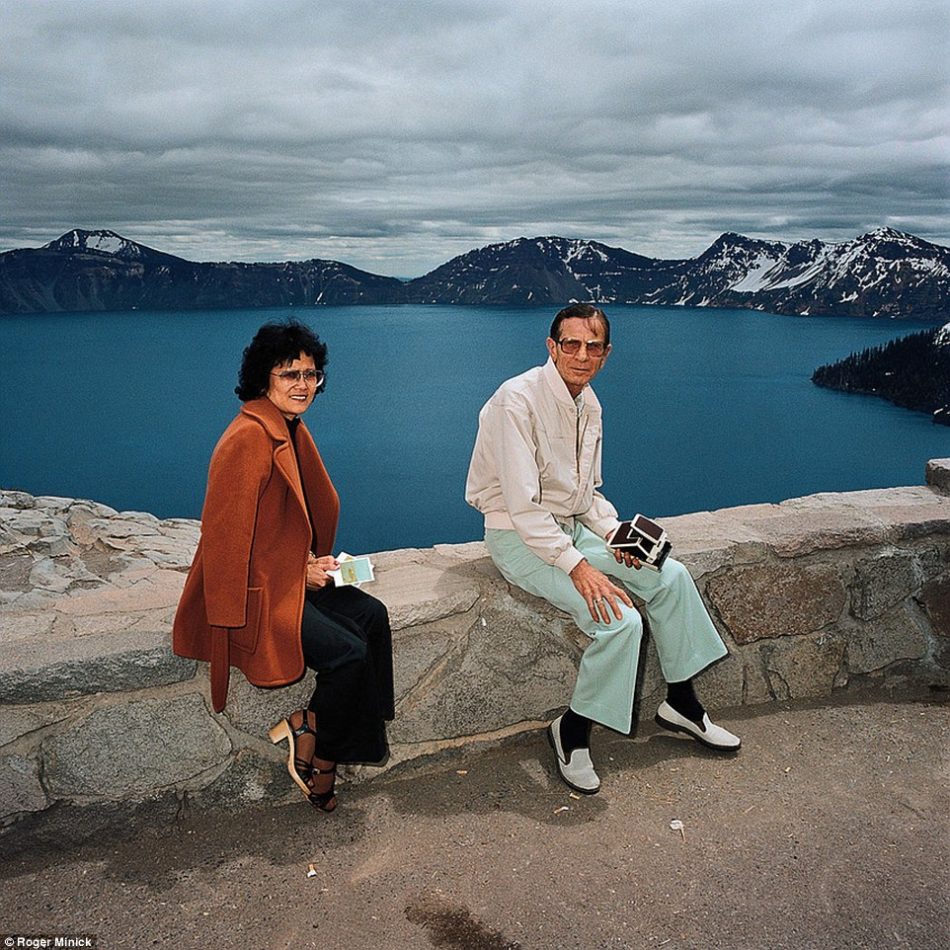 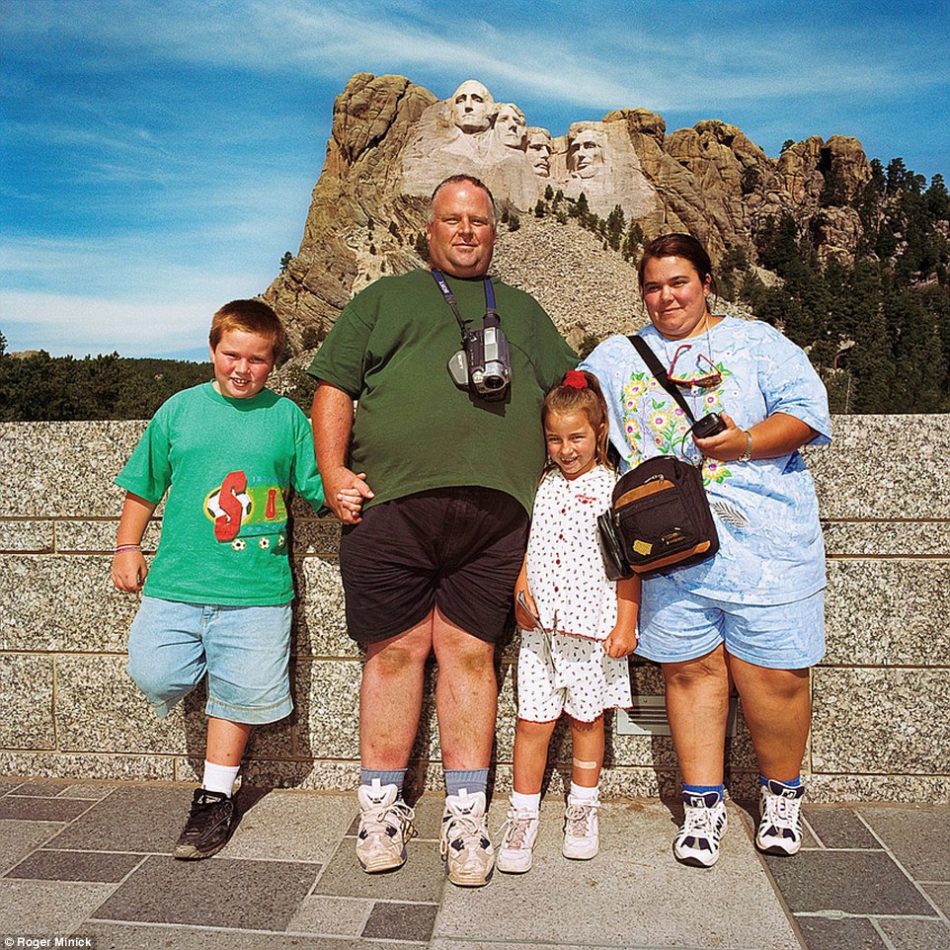 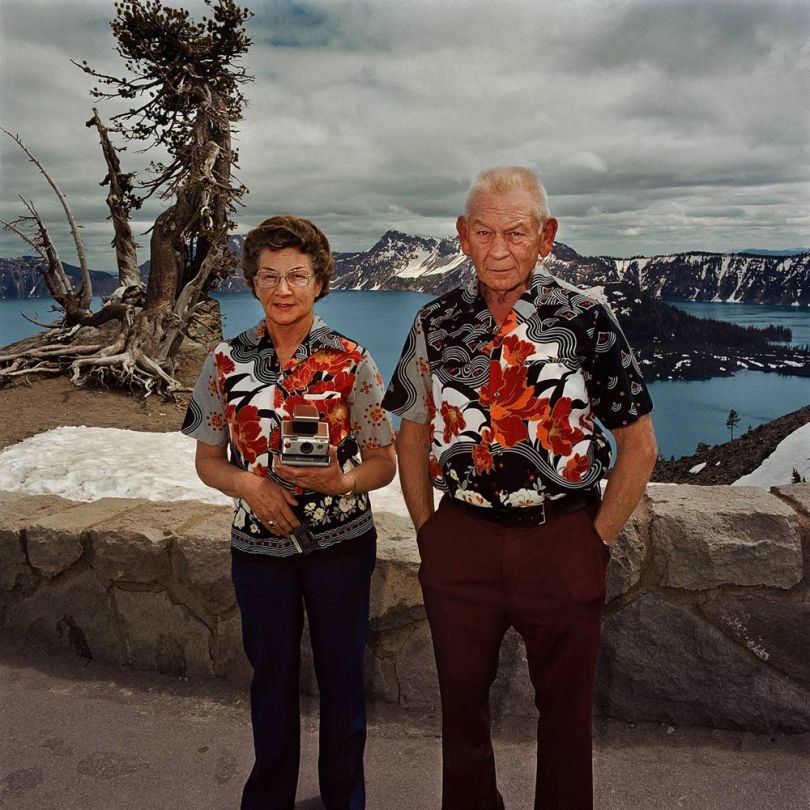 One of the most well known photos from the series, ‘Couple In Matching Shirts’ is particularly special as Minick had been intending on capturing this expression of relationship since he was often seeing couples sporting matching clothing. Waiting for the right moment the chance occurrence happened on a day forecast for rain, with the prospect of little tourists visiting the site Minick was not so optimistic right up until the moment appeared. As Minick recalls, “Well, as luck would have it, the sky did brighten and a car pulled up and out popped this couple in matching shirts. … I approached the couple and told them I loved their shirts … it turned out I had said the right thing, for the woman told me she had just made the shirts and was rather proud of them, and this was their first outing wearing them and of course I could take their photograph.”