The Breton Is Back!

Armor-lux are the undisputed kings of the classic breton stripe, and with good reason – they’ve been doing it for a very very long time!

We think it’s an essential for every wardrobe and we’re well known for including our take on the breton in YMC collections so it’s a HUGE honor to work with Armor-lux on some new pieces for this season.

Let’s have a quick history lesson –

Stretching back to 1938, Armor-Lux is best known as the home of heavy nautical vibes and french cool. To this day their HQ is still based in Quimper (that’s a place in Brittany) meaning they are one of the last few remaining companies who manufacture the original breton style in its birthplace.

Originally named as marinière, the Breton stripe as we know it first came into being as the official state uniform for French sailors in 1858. The horizontal stripe and distinctive ‘boat’ neckline actually had practical purposes for both locating overboard sailors and being able to remove the garment with greater ease once in the water.

We don’t plan on swimming the Thames any time soon but that won’t stop us from wearing this all summer.

We really do love the breton but don’t just take our word for it, it’s been a staple of many a faces wardrobe since way back. Those faces belong to Marilyn Monroe, Pablo Picasso, Andy Warhol, James Dean, Audrey Hepburn and countless other bastions of sartorial timelessness. 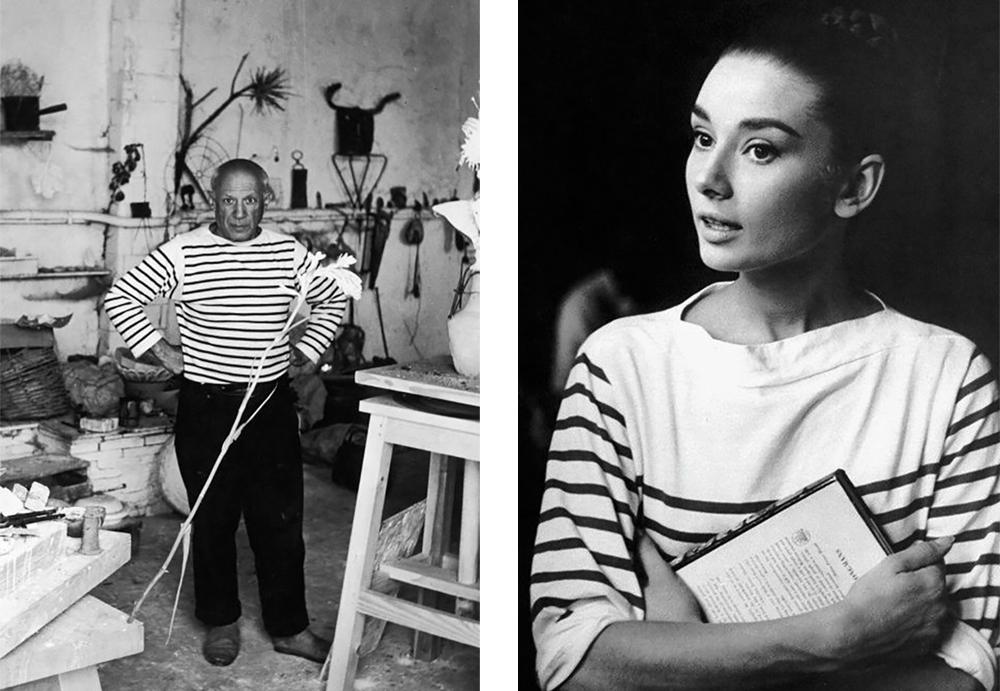 For this collab we opted for a palette of pastel pink and coral green set against ecru, as always this is a heavier cotton twill so you won’t get cold in the evening however the addition of buttons along the shoulder means you can still strip off if we get lucky with the sun this year – that’s our little nod back to the sailors of France.