Hi Don, great to chat with you. Thanks for taking the time to speak with us. You’ve done so much in your career but it really all started on the King’s Road in the early 1970s, didn’t it?

Well, I guess so. You could almost say it was a mecca for me. You see, you have to understand there wasn’t a lot of choice offered to a young black man like myself back in the early ’70s. What was presented to us at school wasn’t exactly, what you might call, inspiring or appealing. Seeing The Who play in 1971 when I was 14 years old was a real trigger for me. That just opened a door into this whole other world I just knew I wanted to be part of, and that led me to wandering up and down the King’s Road which back then was still reasonably hip. Somehow I managed to blag my way into a job working at a shop selling high-end Italian fashion, and then I ended up working at a shop called Jean Machine, which was where all the freaks hung out. This was about 1973; and I started going to clubs like Sombrero’s on Kensington High Street and meeting people like [singer] Ava Cherry and David Bowie’s tailor – a guy called Freddie.

What was your first introduction to the punk movement?

It was probably before it was even punk and definitely before it had a name, but at some point I wandered into Vivienne Westwood and Malcolm McLaren’s shop down the end of the King’s Road. Back then it was either called Too Fast To Live Too Young To Die or Let It Rock. I can’t remember which but before it became Sex. I got friendly with them both, and Malcolm made me see this counterculture stuff – that I was enamoured with – didn’t happen in insolation but that there was continuity to it all. So he was really the first person who made me realise I could be a part of it.

How did you first meet all the musicians who would go on to become the first punk rockers?

I was approached by a guy called John Krivine to manage his shop, Acme Attractions. And that was really my point of entry ’coz that’s where I became, I don’t know, “cock of the block” or something. I decked the shop out like my living room; sofa, TV, etc. And I was playing my reggae records on the stereo – loud! And then I began to see this – how would you describe them – disaffected youth, I guess, drifting in and out of the shop, attracted by the music. I soon struck up relationships with some of them; this was people like John Lydon, Paul Simonon, Joe Strummer and members of the Slits and Siouxsie & the Banshees. 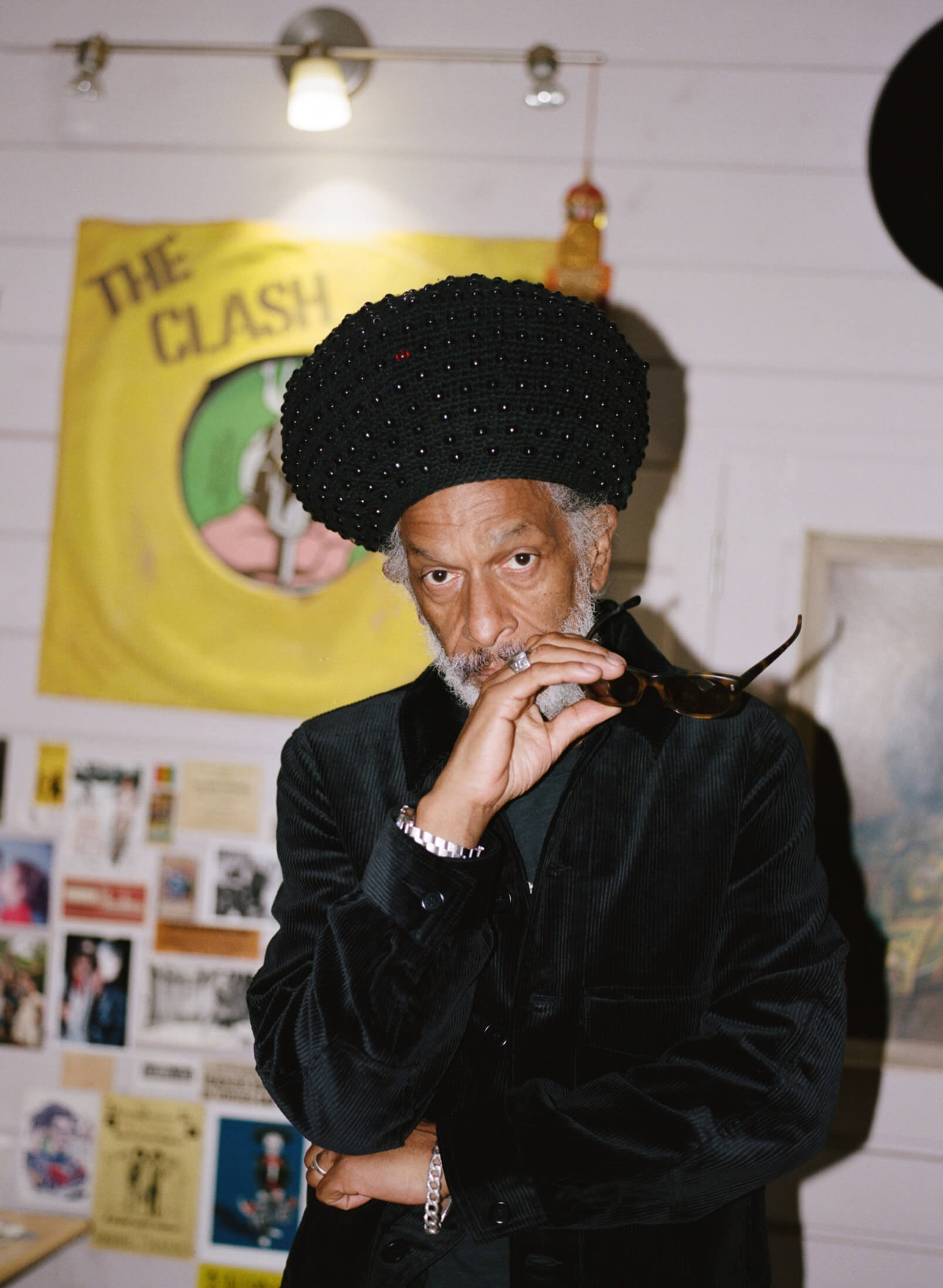 Why do you think punk has been so influential?

Really, it’s all about the attitude and the spirit – the DIY ethos. And that definitely helped make me the man I am today. I think the reason people still talk about it today is it wasn’t just about those fast and furious guitars. That was just the first rung of the ladder. It was a complete subculture; you know, there were punk journalists, graphic artists, fashion designers, poets, you name it.

You were famously the “punk DJ”. How did that come about?

While I was managing Acme Attractions, the punk thing really exploded. But because of the negative press, the bands couldn’t get any gigs in any of the clubs. So another friend of mine, Andrew Czezowski – he was actually Acme’s accountant at the time – decided to open the very first punk rock venue, the Roxy in Covent Garden. And he asked me to DJ there because of the response he saw I got at the shop. Before that, I’d never DJ’ed before in my life, but I thought I’d have a go.

How did you go from DJing at the Roxy to making films?

There was a film called The Harder They Come – Jamaica’s most famous film – which I first saw in 1971. Watching it, I was so struck by the power of cinema to entertain, inspire and inform that I had ideas about maybe expressing myself that way. But that was a ridiculous dream for a black man back then; after all, we were expected to become bus drivers. Fast forward six years and the whole punk rock DIY ethic had exploded. So while my white mates were picking up guitars, I picked up a Super 8 camera and reinvented myself as Don Letts, the filmmaker.

What was the first film you made?

The first thing I did was start filming the scene that was exploding in front of me, and turning me on. That was a combination of reggae acts coming over from Jamaica to perform, fuelled in part, I might add, by interest from the punks. And the punk bands. So, I’m filming everyone from the Sex Pistols to the Clash, and the like of Siouxsie & the Banshees, the Slits and Subway Sect. And then I read in the NME, “Don Letts is making a film”, and I think, shit that’s a good idea; this is punk rock in the making, mate. So I stuck it all together. Because the NME said I was making a punk rock film, I call it that – The Punk Rock Movie.

And you’ve been making films ever since.

After the punk movie, I started making videos for the likes of PiL [Public Image Limited] and Bob Marley; and I made all the videos for the Clash. I’ve made around 400 videos, but things changed when they started to bring in the choreographers and stylists, etc., so that’s when I started moving into making documentaries. 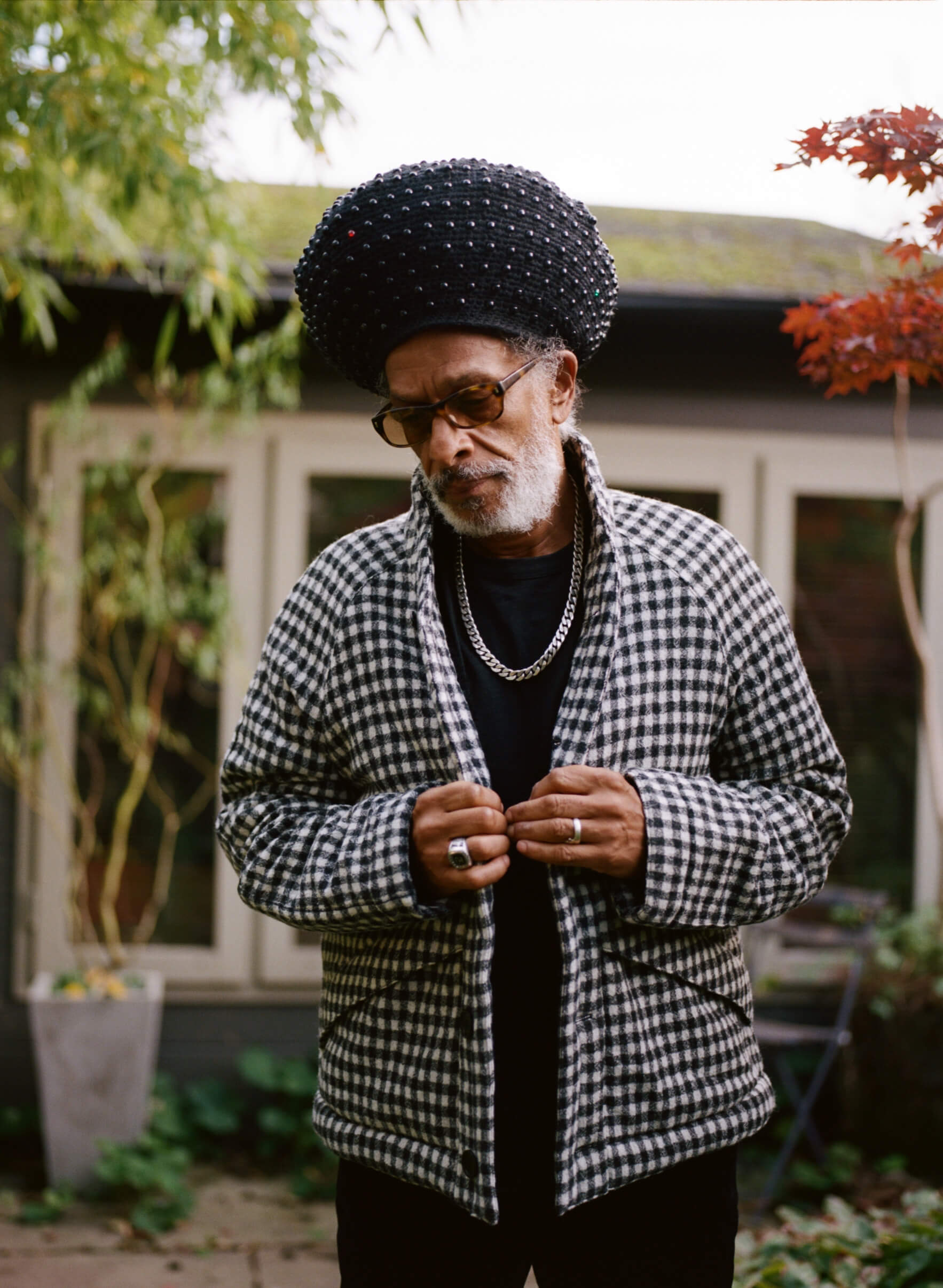 Is it fair to say your work is primarily interested in the connection between music and subcultures?

You know, I believe that every good subculture, every generation, really needs its own soundtrack, so the things are integral, especially in the UK with the combination of fashion and music. You can’t really separate them in the UK. I’m from a generation when the only two means of expression were music and clothes, so we became masters of this combination. I think the proliferation of subcultures that happened in the second part of the 20th century – and I’ve been part of all them: skinhead, soul boys, punk, two-tone, rave and all the rest – happened because of how little we had, not how much we had. And that’s why they all became so vital.

And how do you think things have changed in the 21st century?

Well, subcultures still exist – they just don’t look as good. And I can understand that; I think for young people today, it’s probably more important to get your head together than your hair together. It’s tough, and I do empathise with them. But having said that, with the advent of affordable technology, they do have the means at their disposal that I never had. But you still need a good idea – just because you can afford it, don’t mean you can do it. I guess the downside of this new technology and media is mediocrity. It’s all a bit too easy nowadays. Back in my day, you had the struggle of getting your hands on the machine, or whatever, to make the thing you wanted to make. And then, the pain of getting it out there. But now, you can have a go at this, have a go at that. Computers facilitate ideas, but they don’t have them. In fact, the biggest problem with computers is they don’t tell you when an idea’s shit. You still need a human being for that.

And you’ve been presenting your own radio show, Culture Clash Radio on BBC Radio 6 for 10 years now.

I love Culture Clash Radio. I tell you why – because it ain’t about punk rock Don Letts or reggae Don Letts. I can just be Don Letts. It also keeps me in check with what’s going on because I think, as a radio DJ, you can’t just rely on the tried and tested; you have to try and push things forward and embrace the new. And as corny as it sounds, music for me really is the elixir of life.

What advice would you give anyone starting out today wanting to pursue their own creative path?

“Draw fast, shoot straight and don’t hit the bystanders.” That’s a quote from a western I saw when I was around 11 years – it’s an old gunslinger giving advice to the younger one. And of course, I mean it metaphorically not literally. Other than that it would be the three basic rules of punk rock. “Use what you’ve got to get what you need”, “A good idea attempted is better than a bad idea perfected.” and “Turn your problems into assets.”