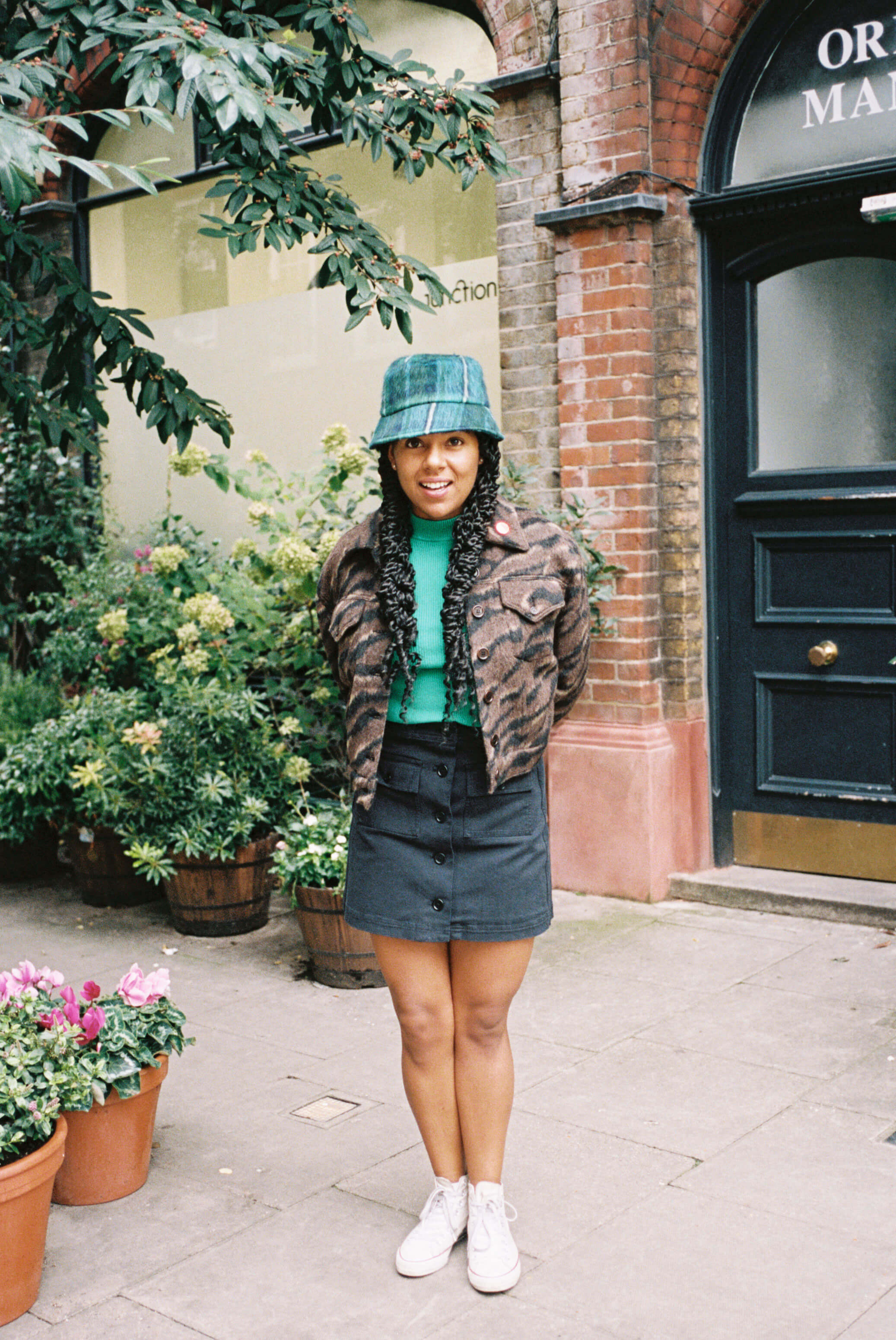 Hi Ruby, how are you? Hope all is well. Thanks for taking time to speak to us at YMC. We love music at YMC; it’s integral to everything that we do. You work in the music industry, wearing a few different hats. Can you tell us a little bit about the things you do?

Hey, I’m good, thanks. Yeah, I love music too! Took a minute before it became my job though – I started off studying set design at the Dutch Film Academy but I’ve been working for independent record labels for the past decade now. I also DJ, host a monthly radio show on NTS, throw parties at VFD club in north London and generally spend most of my time listening to or, better yet, dancing to music.

Yep, pretty legendary place to work at. I started there as label manager but with DJing taking off I’ve had to take a step back so now I’m head of Product Development which for the most part covers the manufacturing and visual direction of the label and releases. So I work closely with the team and artists to create the visual and physical elements for the album campaigns such as the artwork, photoshoots and music videos. 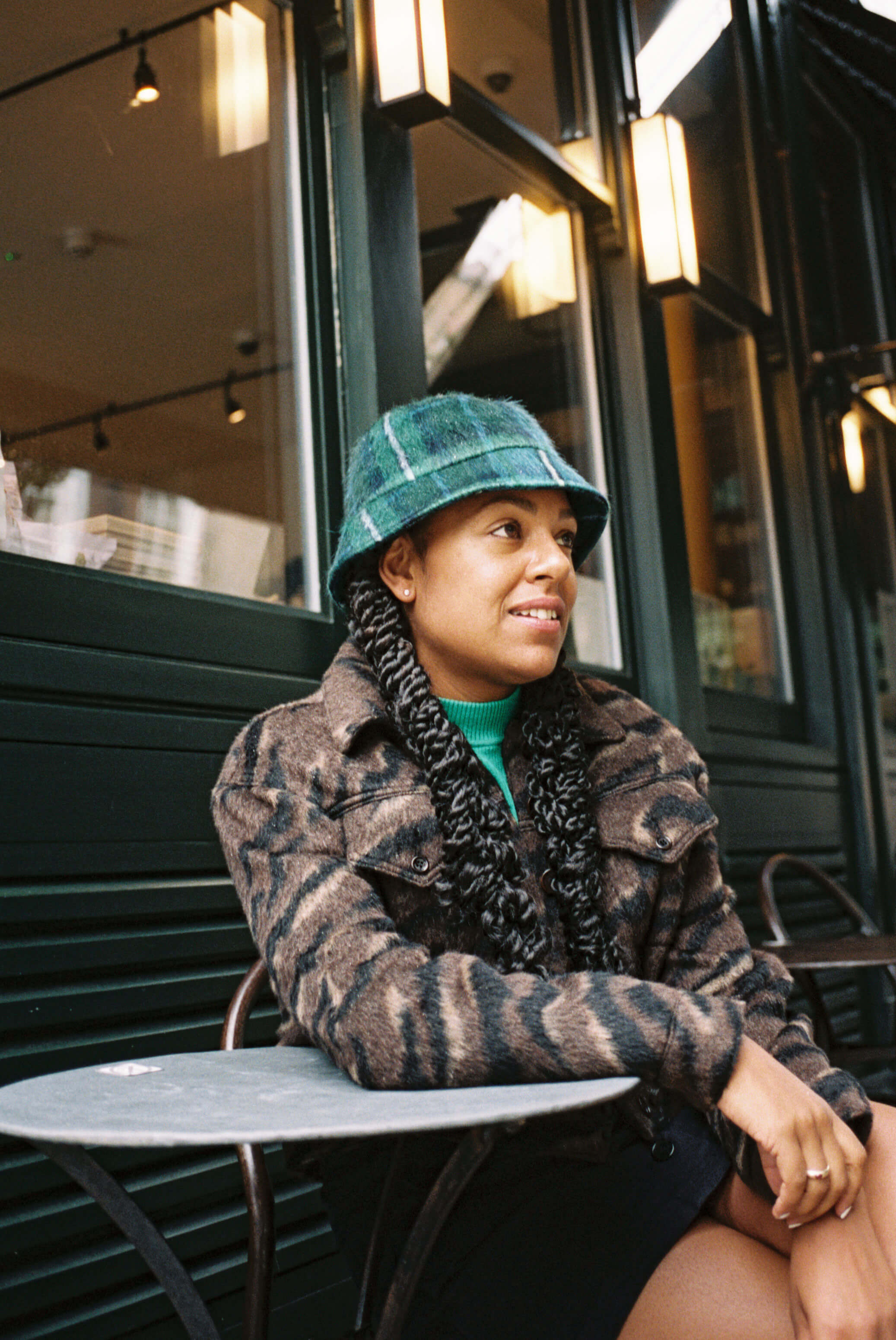 You grew up in Holland. How did you end up living in the UK?

My mum’s English so I’ve been coming here all my life to visit my fam but it wasn’t until my cousin suggested we meet up in Hoxton one day that I thought about living in London. That was about 15 years ago. It was such a mad moment; walking around Old Street and Shoreditch at that time I just felt this raw, uncut creative energy. I instantly loved it and knew I had to get in the mix. A year later I moved to east London to start an MA at Goldsmiths. Then I went to the best club I’d ever been to, Plastic People (RIP), which pretty much sealed the deal for me; I’d found my spiritual home. The area has changed a lot since but I’m still hanging in there.

You mentioned the DJing and you run your own clubnight, In Flames.

Yeah I run In Flames at the club VFD with my best friend, the visual artist Josephine Chime AKA DJ JACC Artist. We started off doing a radio show on NTS based around the sound and creative ethos of the early ’80s DIY movement. There’s an unparalleled energy that still sprawls from that era’s artistic output which really inspires us. It’s free, experimental and imperfect. Bands from that time such as ESG, Konk, Gang of Four and Maximum Joy all have this kind of super energising left-field, disco-not-disco, dance music sound that we love so much. We try to keep that spirit going.

You’ve also founded an initiative called Don’t Be a Creep. What is it?

Yeah, it’s pretty straightforward. Just, you know, “Don’t Be a Creep!” Lol. Nah, it really just started as a simple no nonsense slogan T-shirt to remind people of other people’s boundaries. From my experience these lines tend to get blurred, especially in nightlife. So I wanted to make a point that hopefully would spark a conversation about how we approach each other in public spaces. The response was unexpectedly positive and kind of interesting and it sort of turned into the basis for a general policy that could be pulled through across venues in the form of posters and art installations. The aim now is turning it into a movement. Anyone can join.

What advice would you give to anyone who wants to work in the music industry?

Get involved. Be creative. Set your own rules but most importantly work on music that you LOVE. 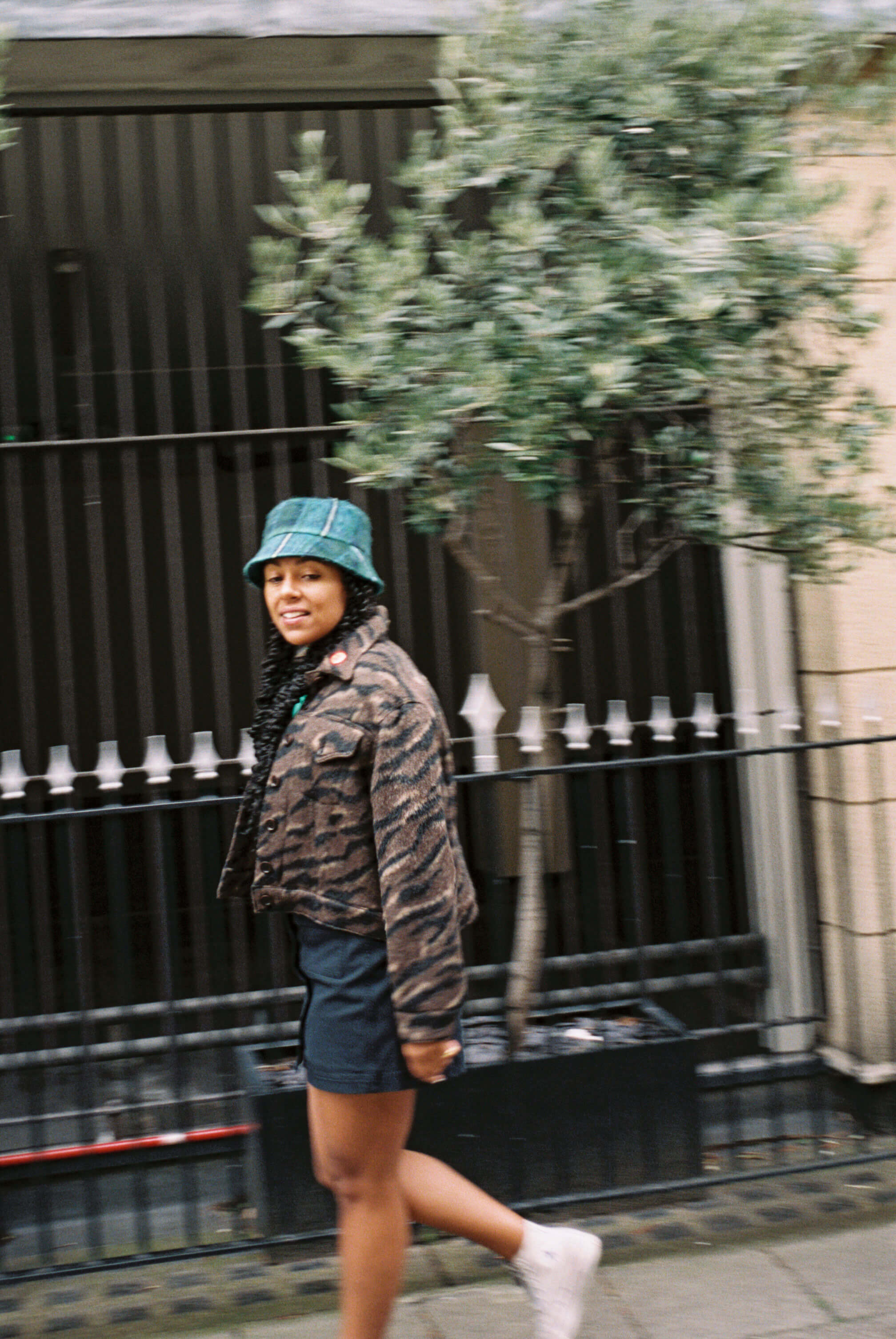 And what exciting things have you got coming up?

I love travelling to new places, meeting kindred spirits around the world. There will be more of that. Also I’m really looking forward to the official Don’t Be a Creep launch planned for early 2020.

Ruby, thanks so much for taking time to speak with us today. It’s been a real pleasure – and all the best with all your exciting and worthy projects.

My pleasure. Here’s an In Flames inspired playlist. Enjoy.