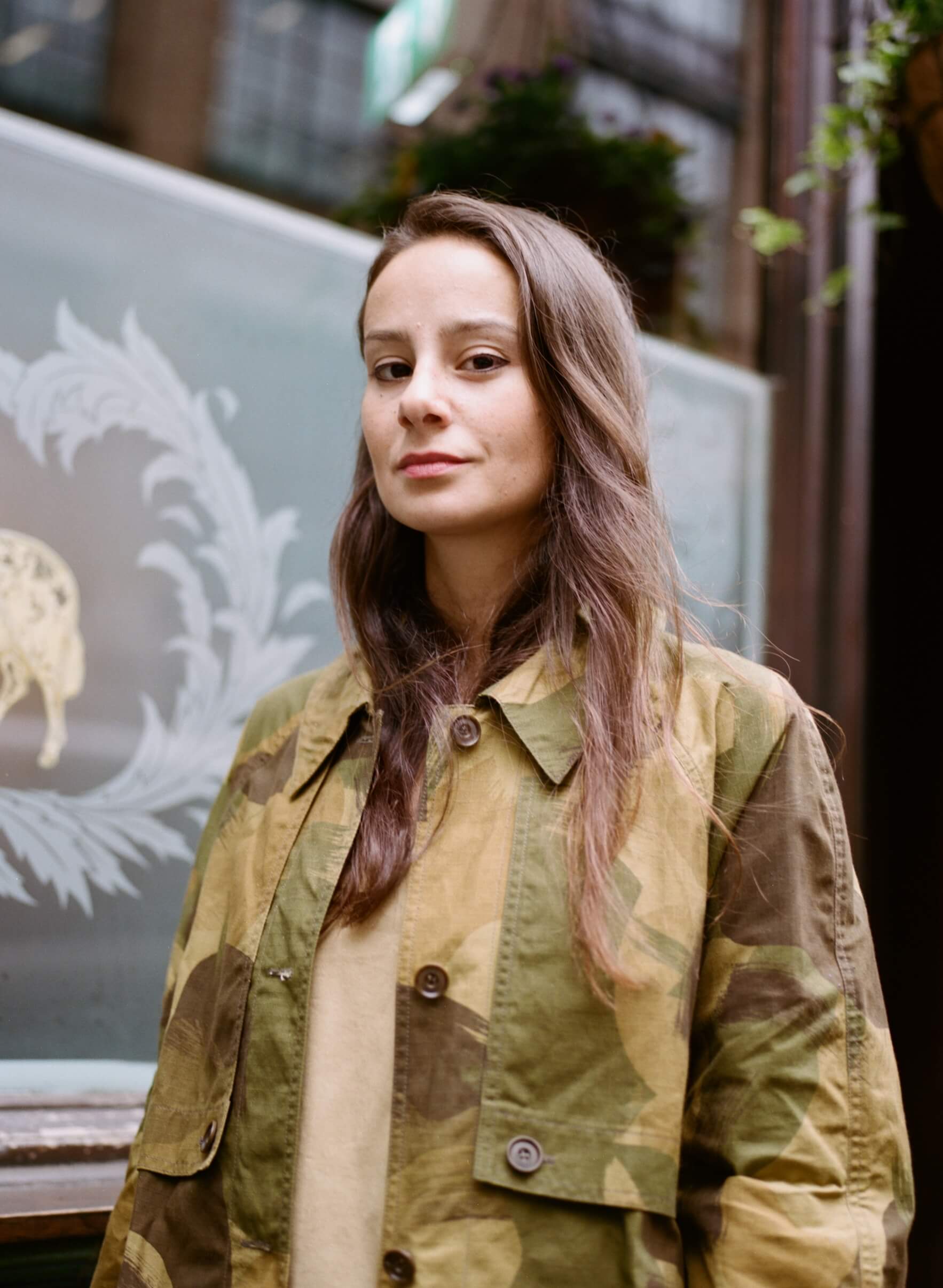 Your book Mixed Feelings: Exploring Modern Life and the Internet, One Discussion at a Time came out last year. What’s it about?

The book, which I wrote with Naomi Shimada, is essentially an attempt to understand our emotional attachment to social media; to get beneath all those weird flinches and feelings we experience while mindlessly scrolling through apps – that we immediately disregard because they seem so trivial. But they’re not trivial; they’re contributing to an epidemic of anxiety among young people, and an entirely new way of being.

Social media propagates and rewards a culture of individualism, and the extreme consequence, or cause, of that, is influencer culture. It tells us that we should constantly be trying to find ourselves, improve ourselves, understand ourselves – be our authentic selves. For sure, some of that messaging is positive and much-needed – particularly for people who have been told not to be themselves by society – but the overwhelming focus on the self can also be dangerous. I think we need to look outside of ourselves and outside of social media.

What do you think you learned by researching and writing the book?

I read a lot of studies, from large cohort studies to small focus group studies. I interviewed some of those authors about the effect of social media on young people, and I felt pretty disappointed by them. Not because of the negative results, but because the results were just so blatantly obvious. We needed these studies ten years ago and for big tech companies to have been implementing strategies to improve it at that time. Instagram rolling out their experiment of removing visible likes last year was the first admission that these little buttons have had a colossal impact on people’s lives. 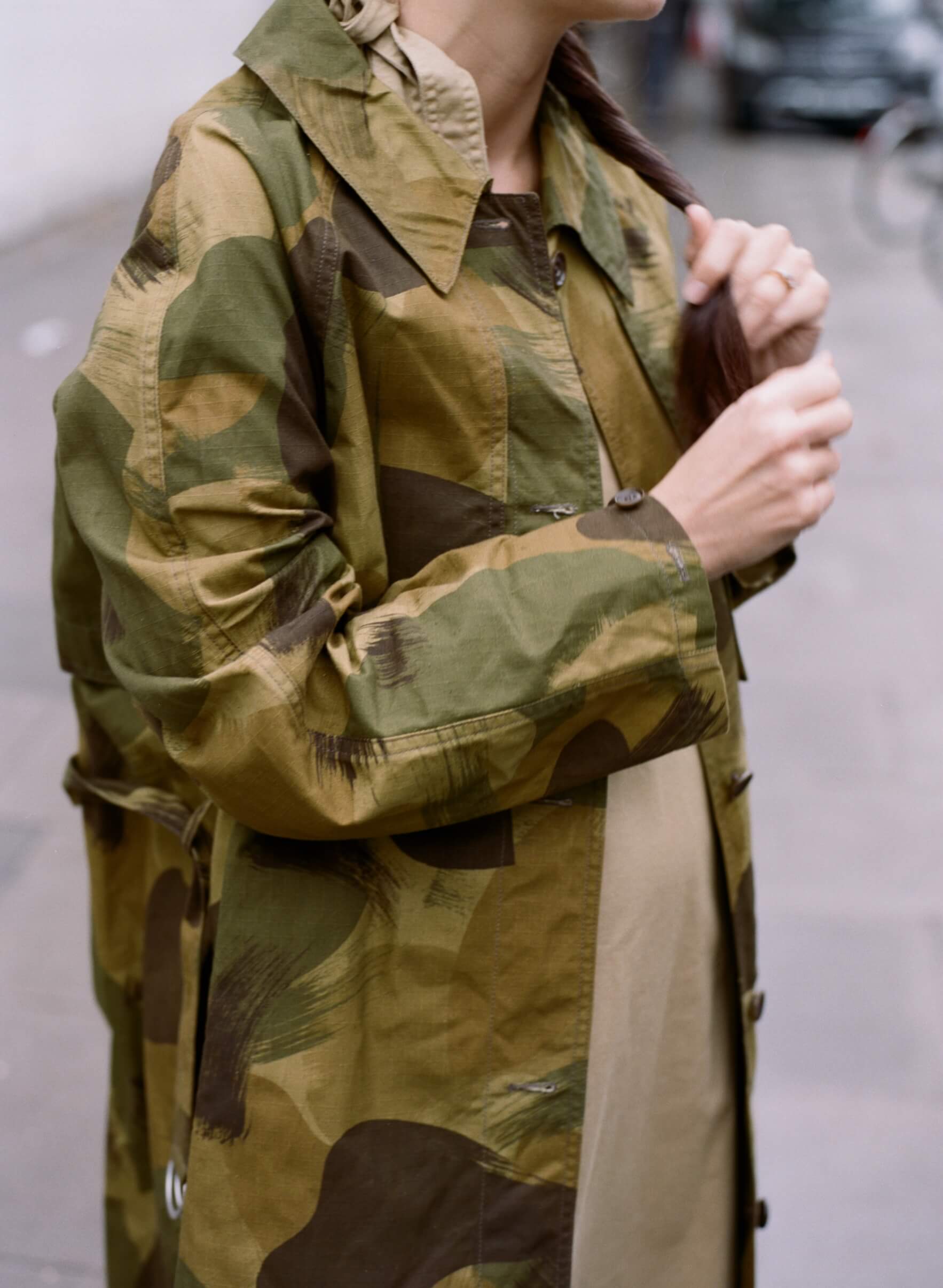 What advice can you give us regarding social media and self-esteem?

What helped me was simply realising that many of the people I follow, who post a lot and have a lot of followers, have an agenda. Instagram is a business, and people who are big on Instagram, or interested in getting big on Instagram, are using it very specifically. You only see the top layer on social media. You never see the grafting to get that accolade; the time spent trying out all your angles in a selfie to get one shot. Self-esteem has nothing to do with selfies or likes; it has to do with understanding and appreciating your value as a person. At the risk of sounding trite, work on liking yourself and doing things you enjoy, not on curating a version of yourself.

Professionally, for many of us, it feels necessary to have social media accounts and to be continuously updating them. Is there the option to operate without them altogether, do you think?

It’s certainly helpful to have an easily accessible portfolio of your work for prospective clients and employers, and Instagram and Twitter offer an obvious solution, but I think it’s a myth that you have to be on social media to be successful in the creative industries. 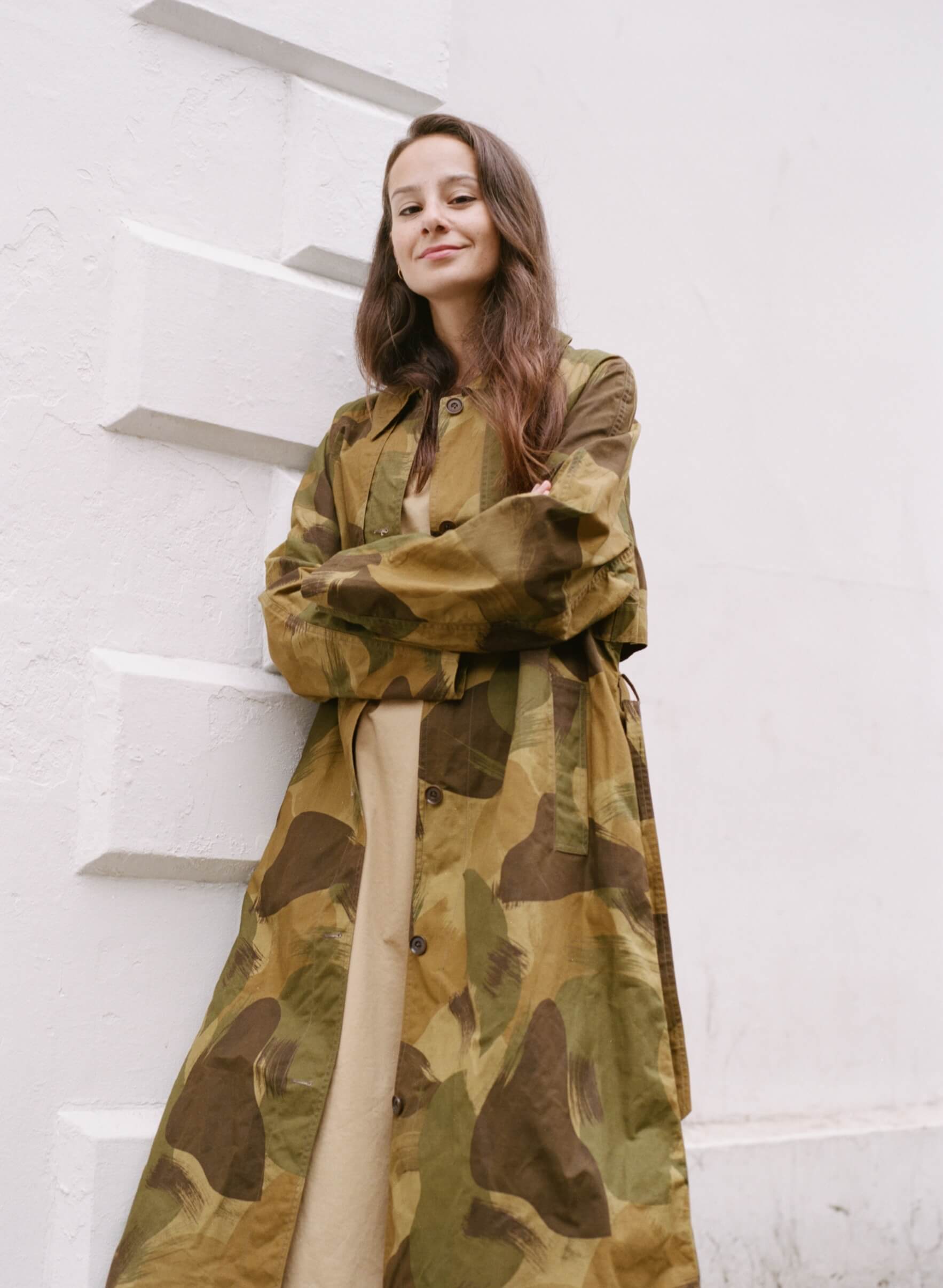 How did you get your start in your career? And what led you to want to work in this industry?

When I was 17, I wrote a letter to the editor at The Times newspaper after reading something about teenage drivers which I disagreed with. I didn’t grow up in a media household, but having that letter accepted by a big name broadsheet was instrumental in then securing a weekend job as a runner at The Guardian while I was at uni. That then led to an internship at i-D magazine, which turned into my first full-time job.

And you helped set up Refinery 29 in the UK.

I worked at i-D for six years, starting as an intern and eventually rising to the role of acting editor. Halfway through my time there, Vice Media acquired the business, and I learned a whole new set of skills about the type of content that attracts digital audiences. Then I was headhunted by Refinery 29 in 2015 to launch their UK editorial platform. I was nervous about fleeing the nest because i-D felt like such a family, but excited by the prospect of heading up a new team and working on women’s issues specifically. In the end, I worked there for three and a half years. 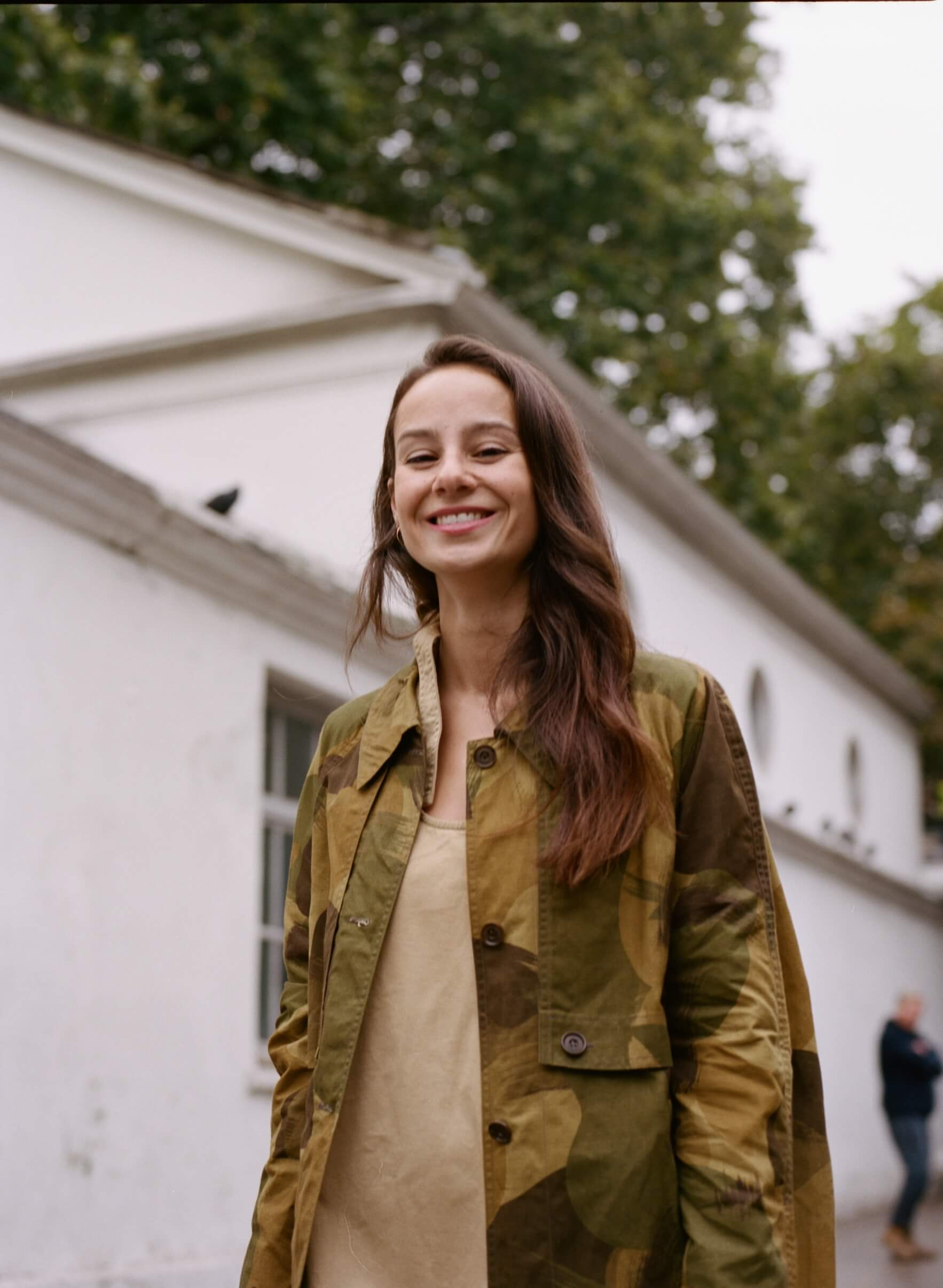 And I hear you’ve recently moved to Nairobi.

I moved to Nairobi one year ago today. I just wanted to get out of the London media bubble for a bit. It had got a bit too much; I was burnt out, I’d been on the same night out a thousand times. I needed something different out of life. The arts scene in Nairobi is really small – there’s one music night on per week, one art show per month, and absolutely everybody goes. There’s a buzz, and things are exciting here. The DJ Jamie Jones is coming to play here in a few weeks, and everyone’s very excited about that. Initially, I came here to write the book, but then I got a job as head of content at the Africa Digital Media Group, which aims to get young Africans into the creative industries. There’s still a bit of a stigma about going into the creative industries in Kenya. I was the only non-Kenyan working at the company which is in downtown Nairobi, and it was an experience. Now I’m freelance, writing for various publications like Vogue and Elle, and copywriting for fashion brands in Paris which I love.

What’s next for you?

I’ve actually just started training to be a psychotherapist, which takes five years. I’m not sure I want to be a traditional full-time therapist, though. I’m more interested in how psychotherapy and tech can work together. For example, building therapy bots for social media platforms to offer young people live support as they’re viewing content which might affect their self-esteem. I’m also working on another book proposal about religion – in many ways, the opposite of social media. But we’ll see. I read this cheesy quote about the moon on Instagram the other day which, actually, I loved. “The universe is begging you to sit and watch the movie instead of being so stressed trying to produce it.” 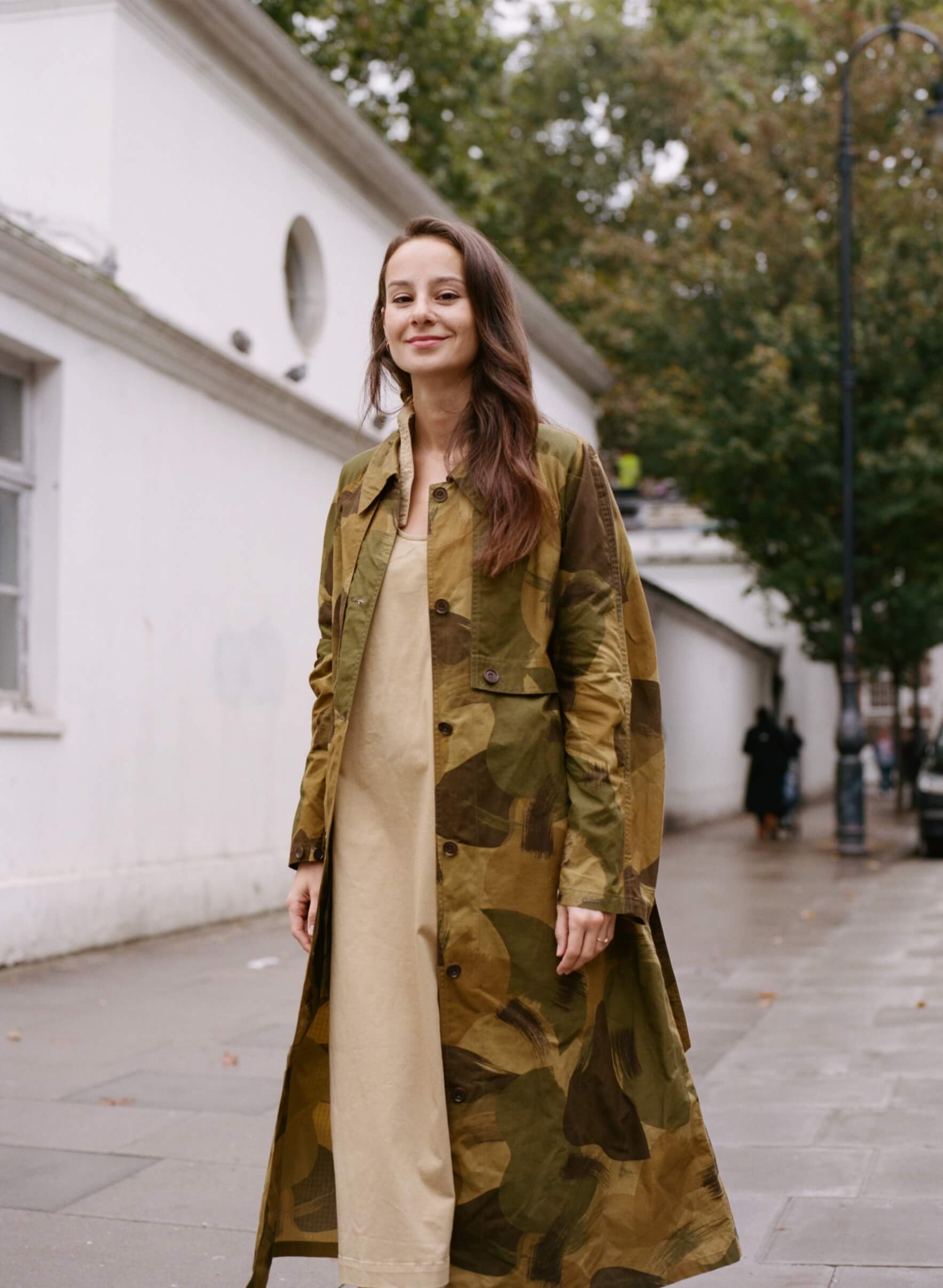