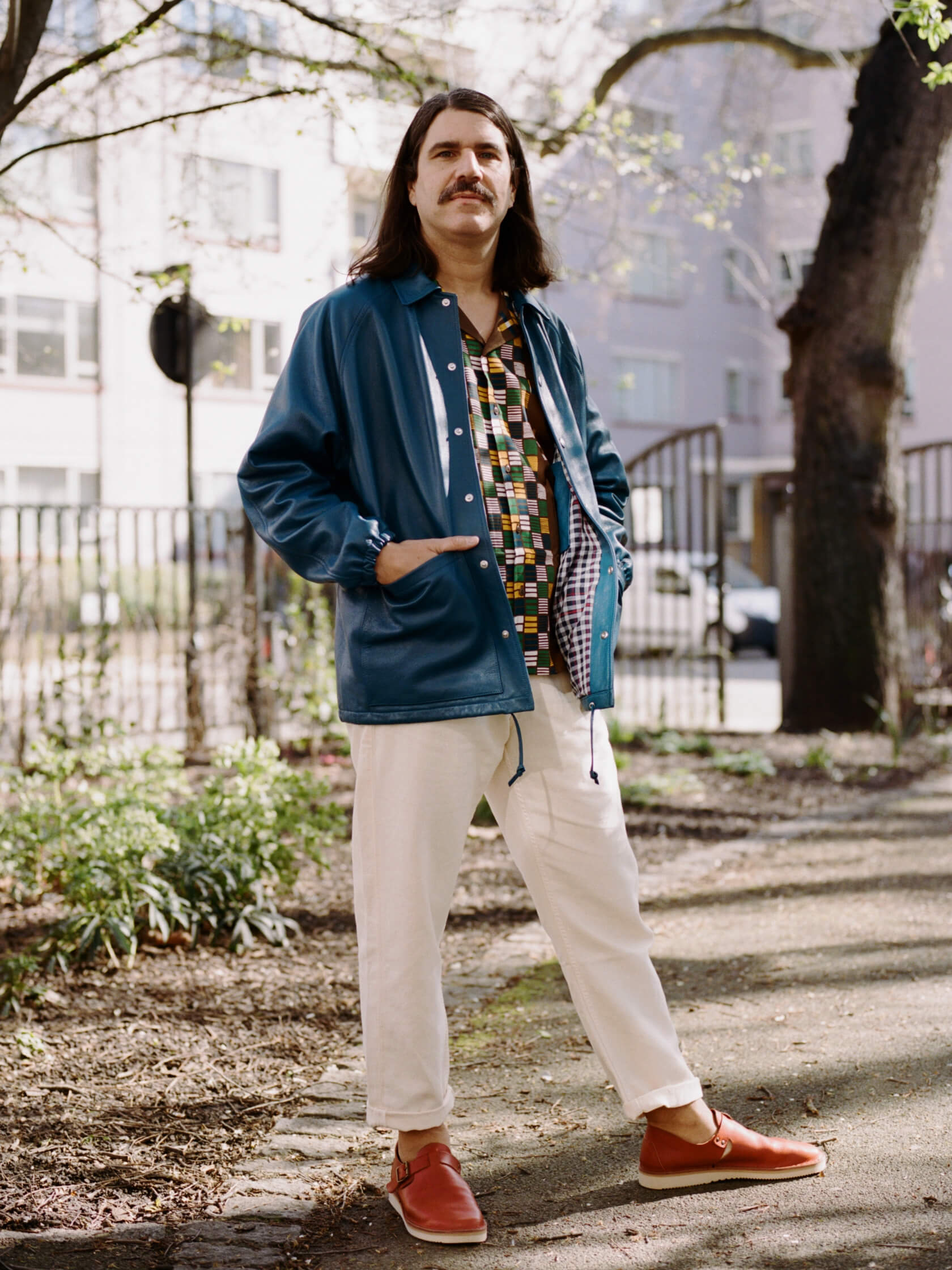 Can I start by asking how you got into music?

My parents were both really into music, and there was a lot of instruments, and records and tapes at home when I was a kid. I played in bands as a teen, and then I got into record collecting, starting with northern soul and R&B 45s; then, later on, I began DJing with friends. In my late teens, I got into making beats – first with a sampler, and then with [music programming apps] FruityLoops and Logic. I’d send them down to TV companies in London for use on VHS skate and surf videos. After that, I started sending them to record labels and putting out music.

You mentioned making beats, but you play a vast array of instruments too.

I think I was raised with a have-a-go attitude towards music. To be fair, the results have definitely varied over the years. Most of the things I play are usually to benefit the songwriting process; I’m by no means a virtuoso at anything. I mainly play guitar and bass. I also picked up the Acordeon when I lived in Colombia. It originates from Spain and is similar to an accordion, but it has buttons rather than piano-like keys. For my last album, Atlantic Oscillations, I used a lot of analogue modular synths, and it’s been really inspiring touring with this setup. It’s enabled me to soak my music with a modern sound palette. 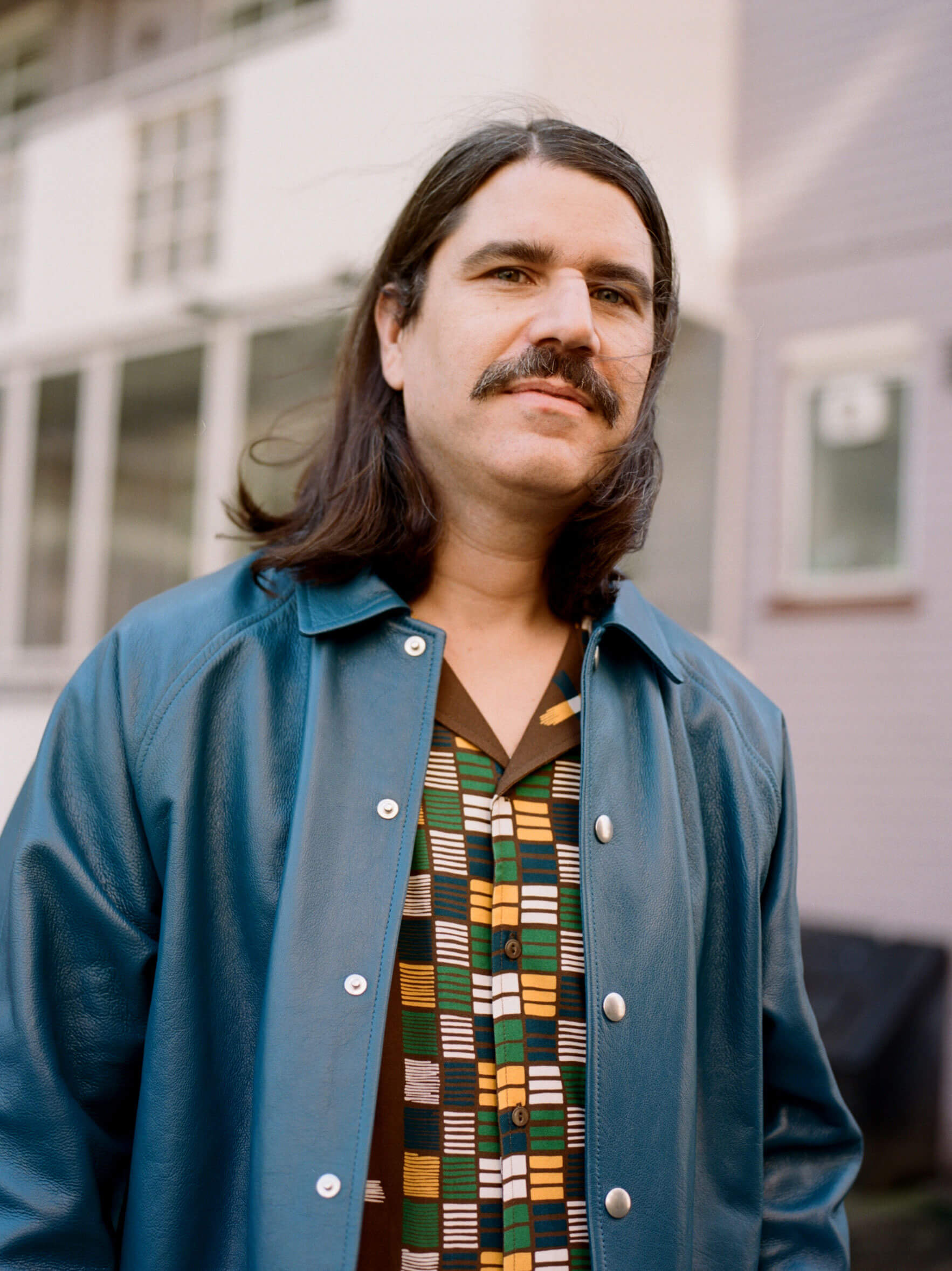 You mentioned that you used to live in Colombia. And now you live in New York. But you’re originally from the UK.

I was based in Brighton for four years, and I was looking for a change of scene. I’d been recording – going back and forth between Puerto Rico and Brighton – and I really enjoyed the warmer climate and the culture there. So when I travelled to Cali in Colombia for the first time, it opened up a lot of possibilities. I made good friends there, so it was very easy for me to make the move. It’s a big city with a lot of musical history and a great vibe. And it’s a great jumping-off city to travel around Colombia, recording and searching for records. I also spent time in Panama learning from Acordeon players, and rifling through street market record bins and broadening my music tastes. I also recorded at Panavox studios [in Panama City]. And after working on my collaboration, Ondatrópica, with Mario Galeano AKA Frente Cumbiero, I moved to Bogotá for a few years. I was going back and forth between Colombia and New York for shows and always loved the idea of living there, so in 2014 I moved to Brooklyn. Now I’m really grateful to be part of a vibrant community of musicians here, as well as the fact I met my partner Aziza here.

As you said one of the monikers you record under is Ondatrópica, with Frente Cumbiero. You also go by many other names – Quantic, the Quantic Soul Orchestra, the Limp Twins and Flowering Inferno. Why have you used so many different guises?

Sometimes I’ll be in the studio and just want to try something completely different, and that might not suit the sound of the current project’s output. I’ve collaborated with a lot of different singers and tried to navigate through various musical styles to try to keep things interesting for the listener and me. I try to be intuitive with my creativity, and sometimes things don’t make sense at first. But it usually comes together in the end. So different names help to break up the music and define it stylistically. 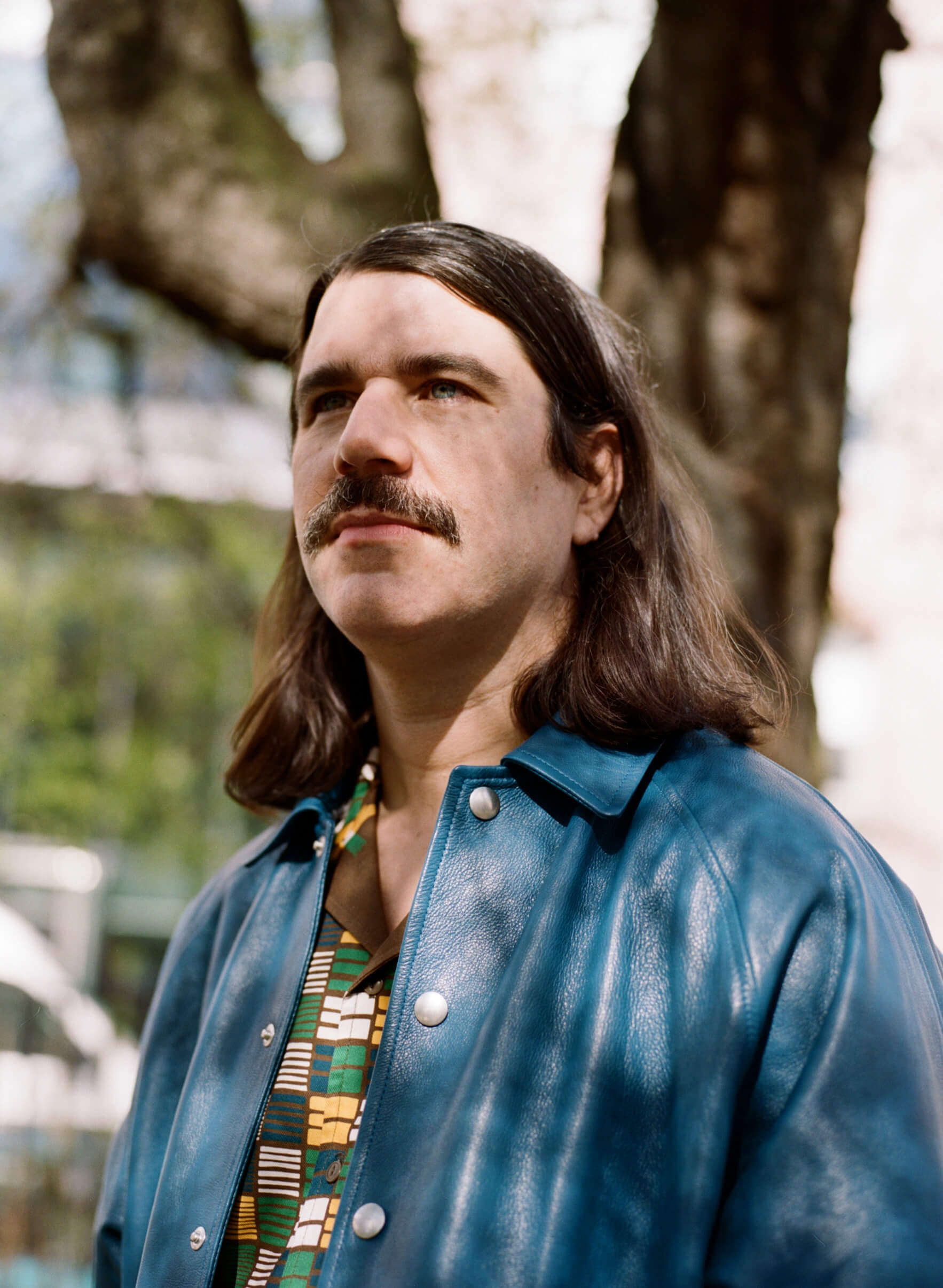 You’re known for blending traditional styles into your music, such as salsa, bossa nova and jazz.

Yes, well I’m really into dance music. I love percussion and the energy of live drumming. So, it has always been important to me to learn about different traditions and techniques. Colombia got me into cumbia and porro, and from that, I got an ear for forro and north-eastern Brazilian rhythms. And working with [singer] Nidia Góngora in Cali made me aware of currulao and other Pacific coast rhythms. Traditional rhythms can be modernised easily, and when presented in a more contemporary soundscape, it makes things more listenable to my ears and has a more vibrant drum language.

And you’ve also worked with singers Alice Russell and Spanky Wilson. How did that come about?

Alice and I connected in Brighton through the label Tru Thoughts. Back then, the Quantic Soul Orchestra was performing regularly, so I asked her to come and join us; it was a lot of fun. In fact, we wrote songs together for the early Quantic records. She was always really funny and full of jokes in our sessions. And we did a song together on my last album called ‘Now or Never’. I contacted Spanky after getting into her 45 ‘You’ – a splendid soul tune produced by HB Barnum. She was living out in LA, so we connected via email. Eventually, we recorded and toured together.

Is it true you built your own recording studio in New York?

My partner Aziza and I built Selva in 2016. It’s based in a warehouse space in Bushwick with a live room, mix room and a big office/lounge space with a live streaming setup. I’ve been amassing equipment like tape machines, record lathes and an outboard for several years now. Finally, I have a devoted space for high-quality recording, mixing and mastering. A lot of the recordings I’ve made as Quantic over the years use these old machines, and they give a very particular character to the sound and soul of the songs. We recently presented our first live stream from the studio, which was all 45s and seven-inch inch records from my collection. It’s really cool that there’s an audience hungry to hear tracks outside of the commercial, day-to-day songbook. 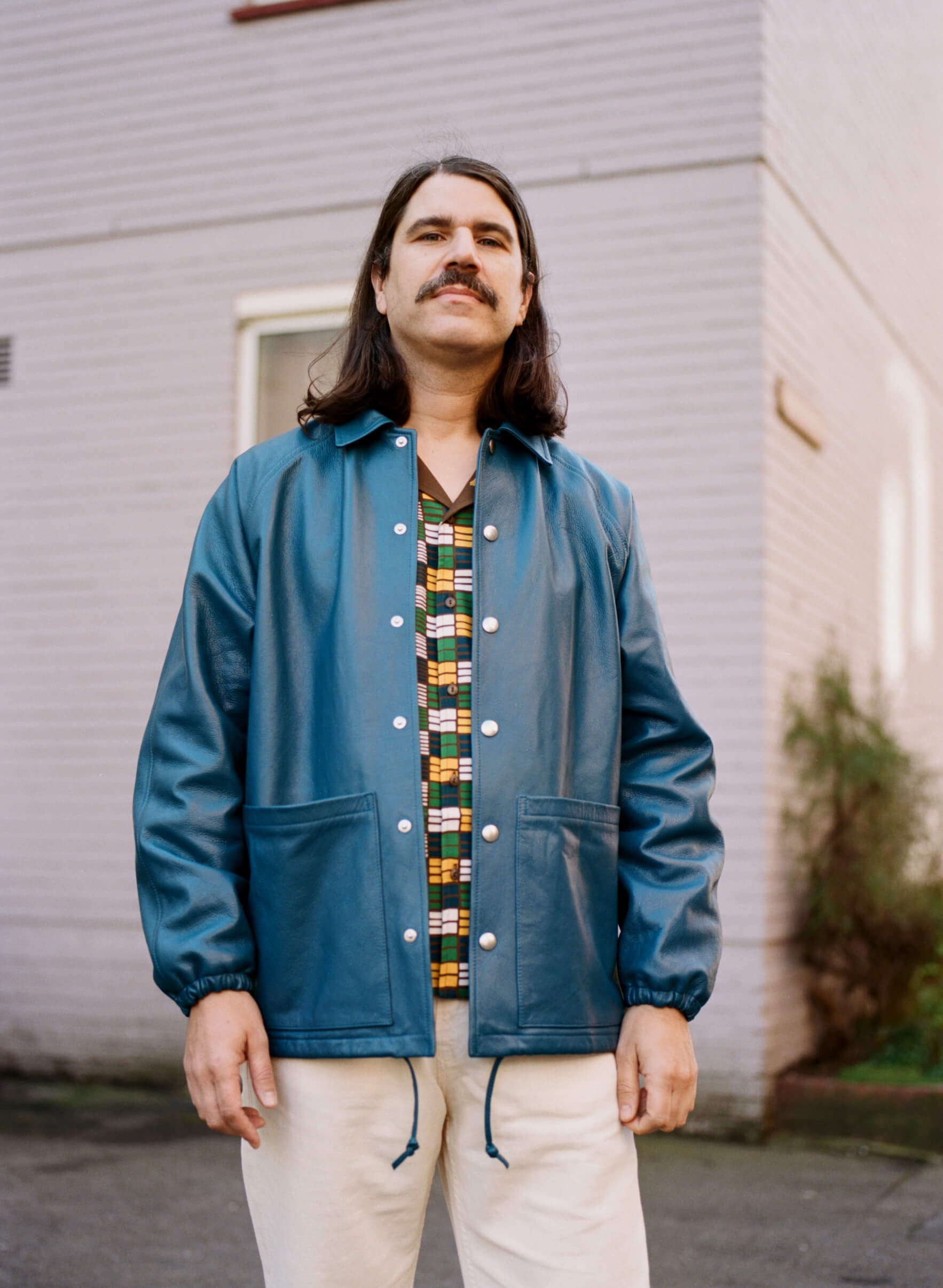 You’ve been releasing music for the past 20 years. How have things changed for artists in that time?

I think it has made it a lot easier to get hold of music and keep track of the artists you love. When I first started buying records, it was all word-of-mouth, and you really needed to know the right people in order to keep connected and hear about new music. For people who have never known a world without Shazam or Spotify, this kind of world sounds mysterious, dark and old-fashioned. But it was actually a lot of fun. I still prefer finding music that way.
In contrast, digital digging can be extremely tedious. As an artist, it feels good that people can have unlimited access to your work. I imagine that’s what all artists want. The number of middlemen has also been reduced. I still have a fanbase that buys a lot of my records on vinyl. That has never gone away, and I’m proud to still be making records that people want to hold in their hands.

And you’re a fan of YMC. Do you remember what the first thing you bought was?

It was a red jumper with a pocket at the waist. I left it on a plane during an Ondatrópica tour; I’m still mad about losing it. YMC has always had a fresh approach to style, which I’ve always dug. In men’s clothing, it’s often all navy blues and greys on the rails, so it’s great that YMC has never been scared to use a good bright colour. The cuts and prints are fresh, and the new pieces in my wardrobe work really well together with older ones. Living in New York too, not as many people wear YMC here, so I have it all to myself.

What advice would you give to any aspiring musicians starting out today?

Be as community-based as you can. Learn from others, and run ideas and demos past other ears. Stick to your guns. Even if sometimes things don’t hit at first, the slow burners are often the longest-lasting flames. 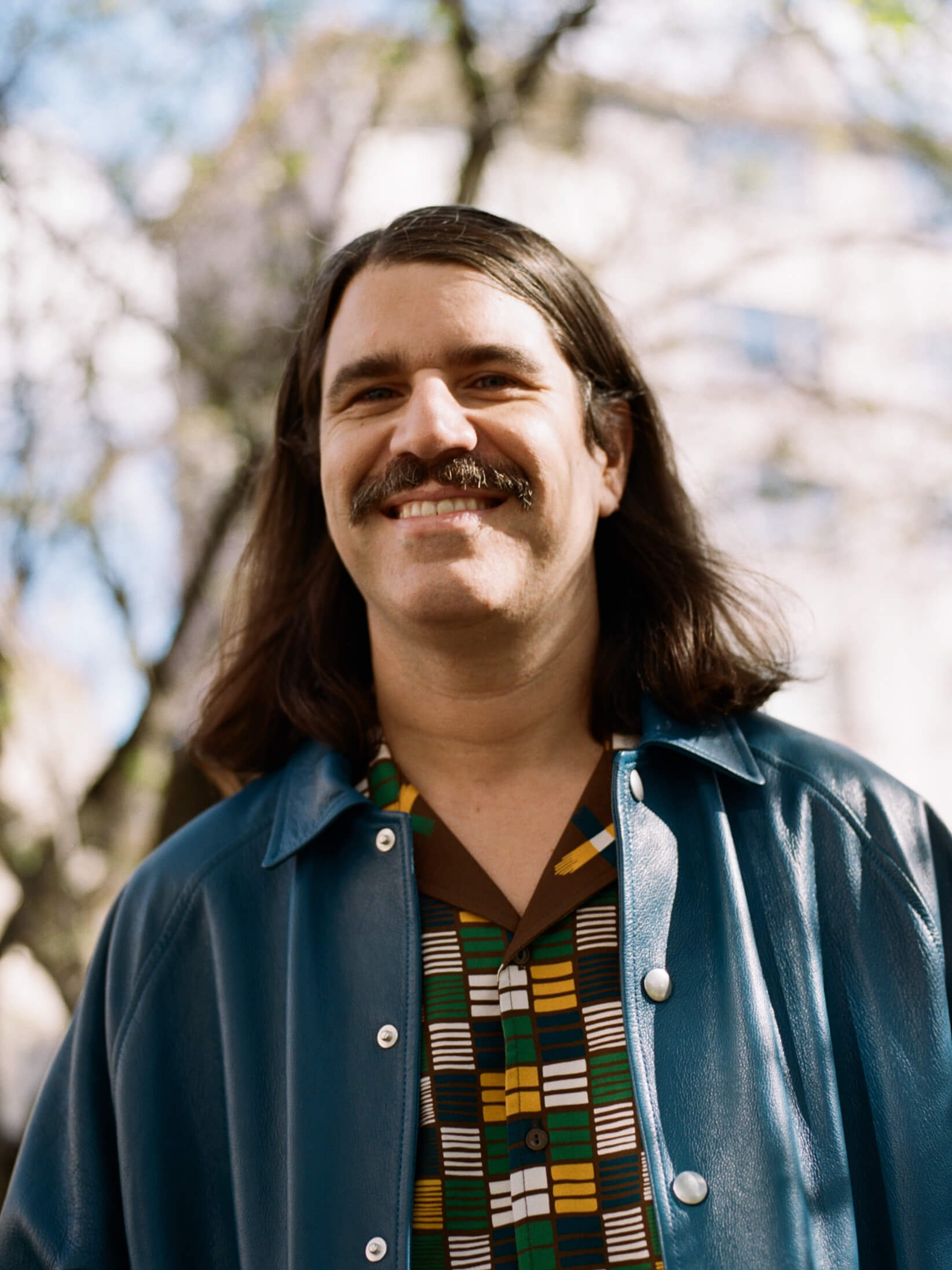