With a BA in Graphic Design and MA in Fine Art, Daniel has developed a praxis that imbues his creative freedom whilst pursuing commercial projects for collaborators across art, fashion and music. As well as exhibiting his work he’s launched an unconventional clothing brand ‘Get A Life’ built around recycling and repurposing. We get the low down on these projects plus how Freeman retains integrity, the visionaries he looks up to and life as a purveyor of ‘cool’. 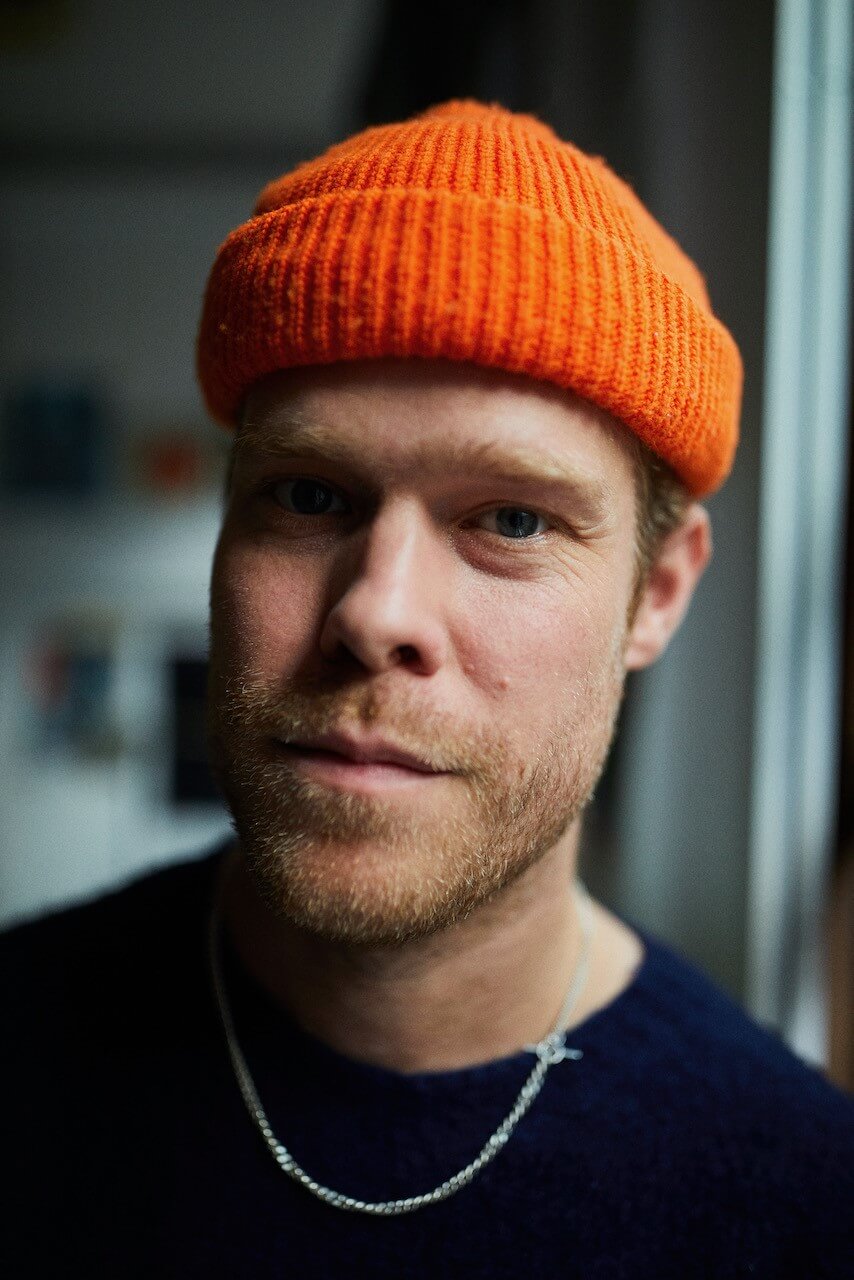 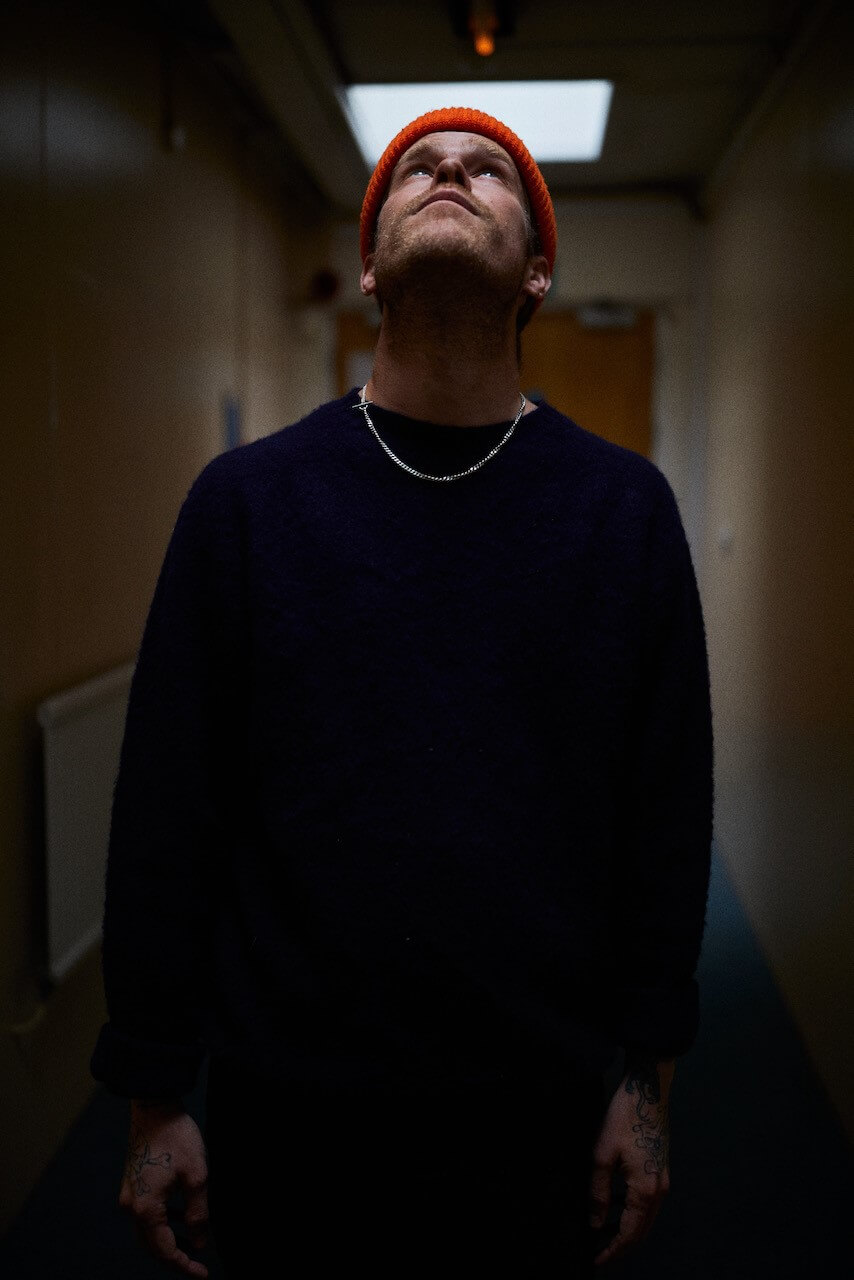 How do you describe your practice?
I’m an artist who uses fashion and illustration as mediums to explore collage, physically and conceptually, across printmaking, sculpture, textiles and teaching.

Do you feel more creative when collaborating or working on solo projects?
In my personal work I definitely express myself more clearly, however it’s not necessarily more creative. To me, creativity doesn’t just refer to visual art. It’s a way of navigating situations in a nonlinear way, without losing integrity. Managing the multiple opinions at play within a collaboration, the work can become more challenging, therefore requiring more creativity than when working unchallenged. 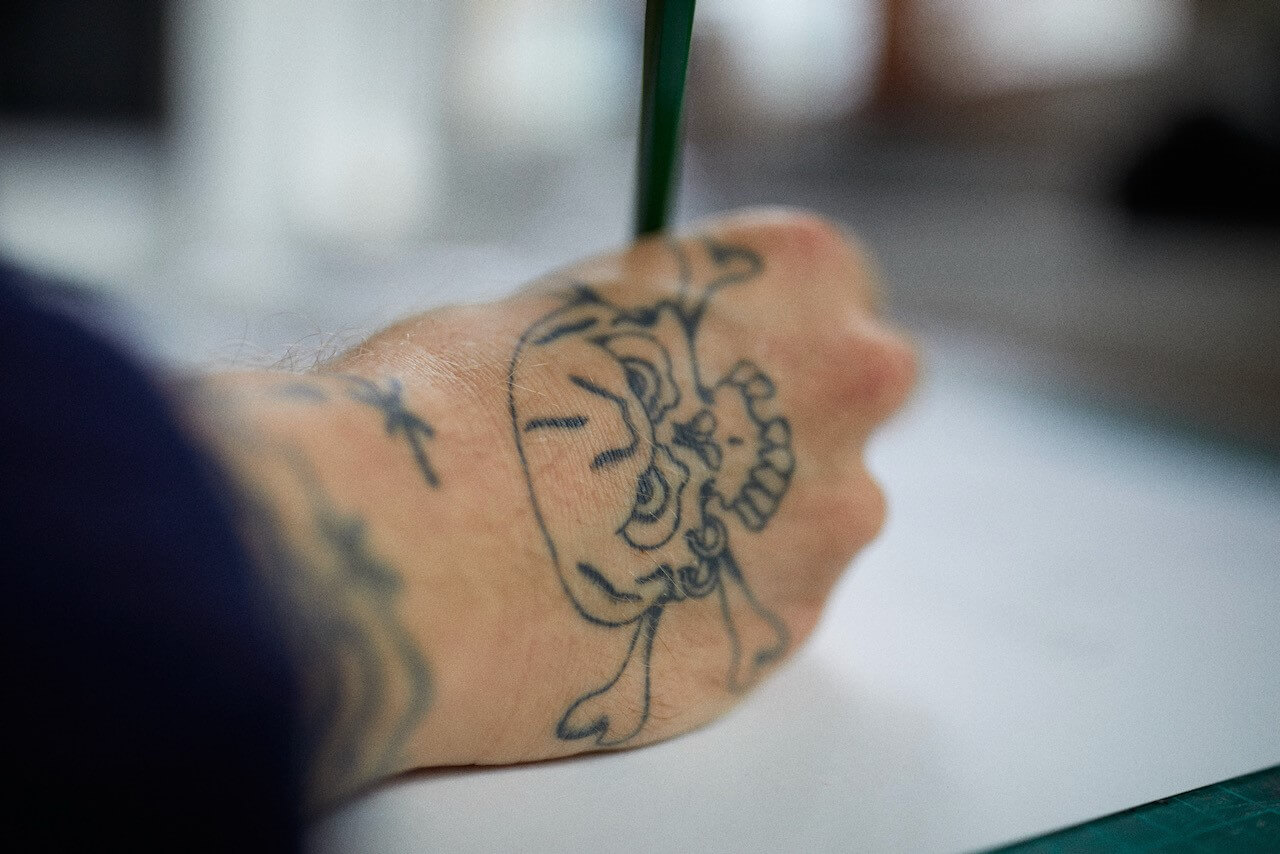 Your work straddles art and commerce in a way that simultaneously benefits from and critiques both worlds. How do you reconcile those tensions?
In all honesty, any critique I have of either of those worlds is only a projection of my desire to be more involved with them. Growing up around hardcore punk provided me with an anti-establishment ideology that completely contradicts my desire to make a living. So there’s a lot of playful sarcasm within my work that (I hope) illustrates how confused I am by its place within those worlds.

You have said that one of your intentions in founding your ‘’imaginary brand’, Get A Life was to investigate whether customising salvaged garments with ‘knowingly obnoxious’ details could radically alter the kind of customer they would appeal to. Was your hypothesis correct?
Yes and no. A lot of the people who bought the Get A Life clothing were people who had previously bought artwork. But the more extreme garments attracted a slightly braver sartorial customer. Most notably, a reflective silver fireman’s jacket made its way into a performance outfit.

What fascinates you about military garments?
I find it fascinating how universal they have become. Seemingly everyone owns a piece of militaria, or at least something derivative of it. It’s the ultimate example of how an object’s original purpose can be completely forgotten through social conditioning. I have a particularly strong interest in Vietnam Era clothing and the culture around it, both historically and in a contemporary sense. It’s definitely the most sought after, possibly because of the conflict’s interaction with pop culture at the time. It’s just crazy to think that uniforms worn at the frontline of such a dark and amoral time in human history can now be reinterpreted as a trendy accompaniment to some bloke’s expensive shoes. 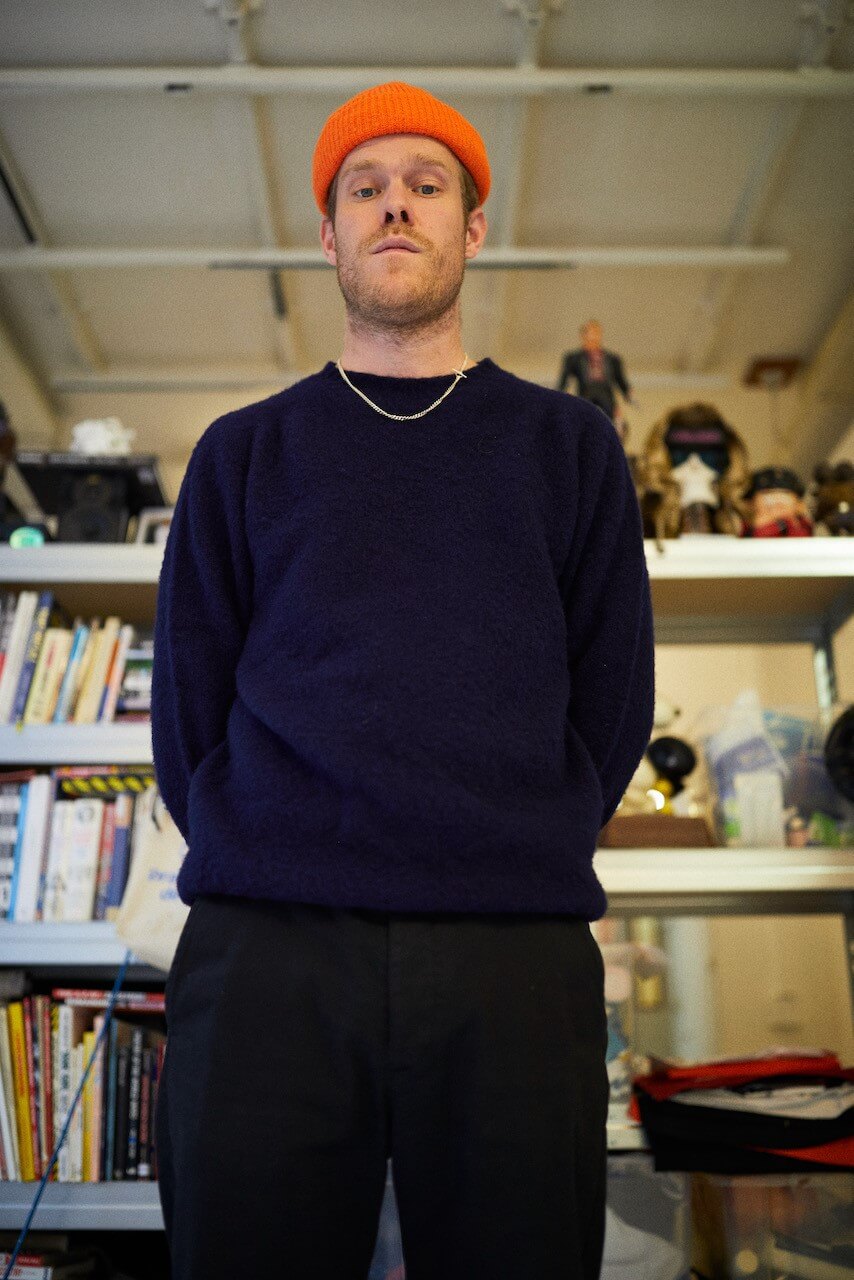 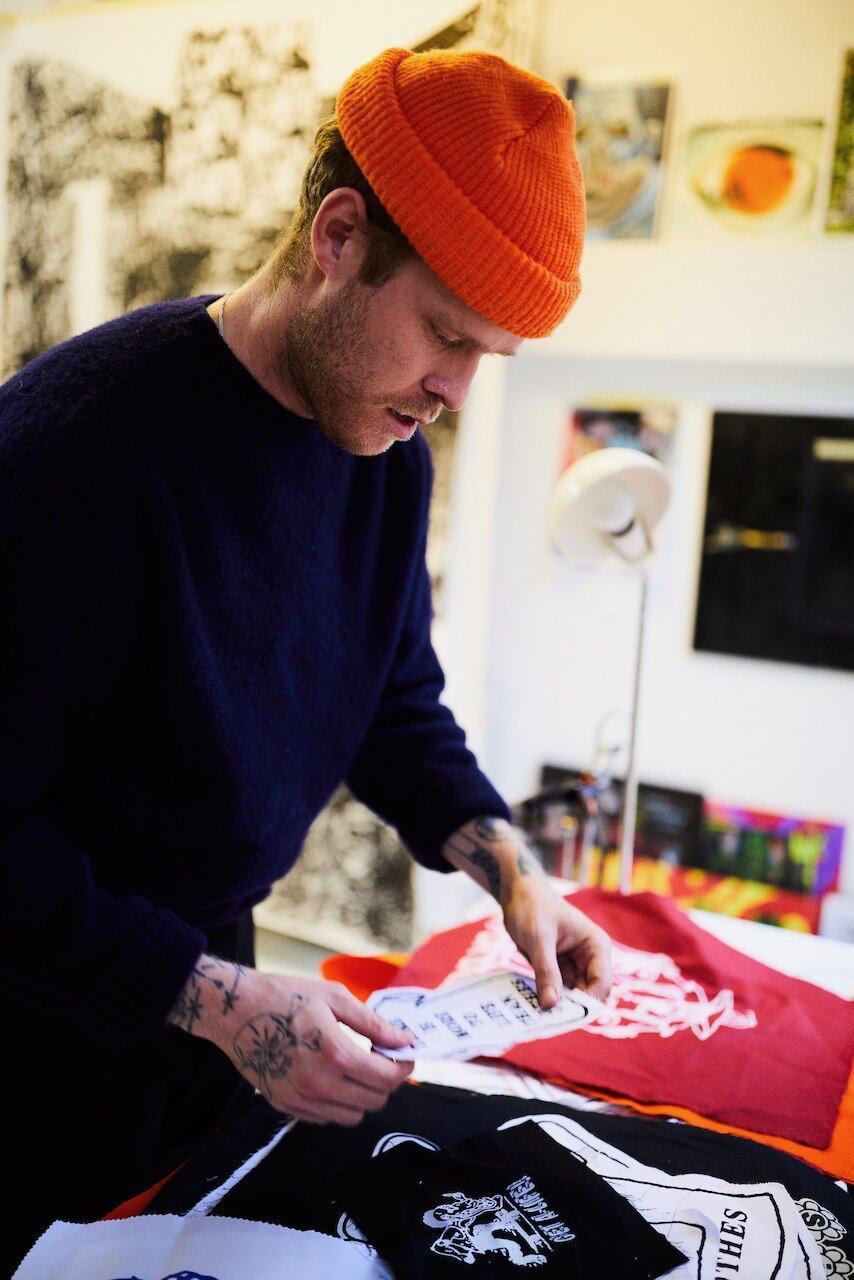 How do you decide which garments to use for your pieces?
I’ve recently settled on military jacket liners as the perfect happy medium. They are classically well made and I’ve been able to find a good cross section in terms of age and nationality at a relatively low cost. I know they’re creeping back into fashion because a friend of mine did a big wholesale order of the classic m65 jacket liner for a huge high street chain she works for. Hilariously, she’s called them the “Freeman” jacket! In terms of t-shirts and jumpers, I’ve always found college jersey tops infinitely interesting. For me, it stems from Ray Cappo from hardcore band Youth of Today wearing jock-inspired Nike and Champion sportswear as an act of rebellion against the sterotypically crusty punk look. I think in the same way people have been socially conditioned to not care about war when wearing militaria, people will wear practically any word as long as it’s in the college font. The college font’s significance throughout both mainstream and subcultural history is vast. So by overprinting it, I suppose I am jokingly attempting to both subvert and absorb some of its kudos.

How did your involvement with Frank Ocean’s Boys Don’t Cry magazine come about?
I did a collaboration with Puma a couple of years prior and the art director for the project went on to contribute to the magazine. I did an exhibition of labour intensive drawings of female bodybuilders with felt pens that Frank [Ocean] was really in to, so we used that style to make some more appropriate portraits for the magazine. It was such a fun project. It came totally out of the blue and I had complete artistic freedom.

In the past you’ve made short films to accompany or run alongside your projects. Is film a medium you’d like to explore further in the future?
Yes 100%. I’m somehow going to animate my collaged, composite figures for an exhibition I’m co-curating with Fad Magazine in the coming months. My physical works will hang alongside digital works from other artists, exploring the idea of embellishment in real life versus the digital world. 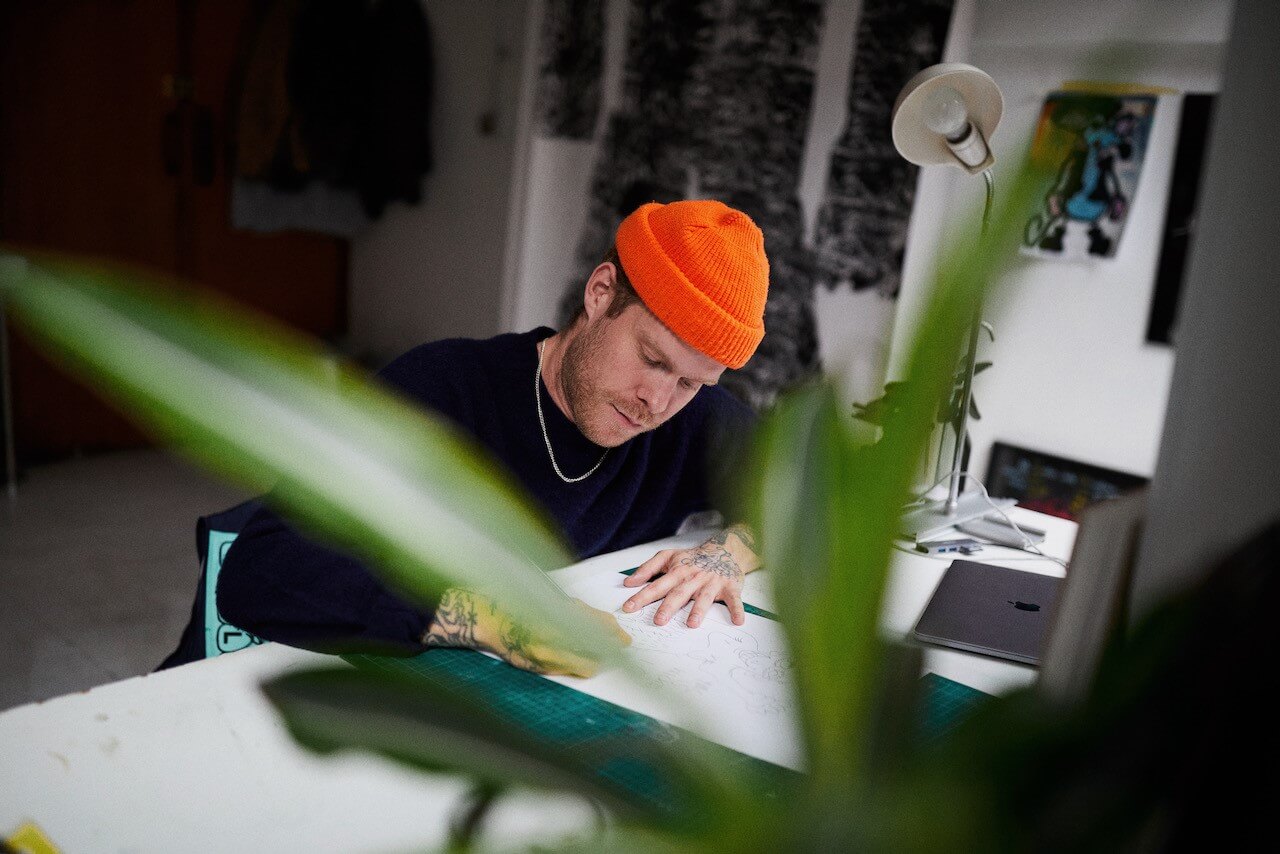 Would you describe your creativity as disciplined or chaotic?
Both! Maintaining any kind of coherent visual language requires discipline in terms of your creative decision-making, but I still like to push myself to break these rules whenever I can. I watched a really inspiring documentary about chaos theory recently that’s definitely changed the way I make work. There was a part about how humans can typically only think of things in relation to other things, whereas chaos theory can help us look at everything singularly. If you are able to look at something for what it actually is rather than what it’s like, its inspirational qualities become clearer.

What intimidates you?
Small talk. I’m genuinely bad at it. I feel so exposed whenever I have to talk about the weather or carpets or primary schools or anything like that. 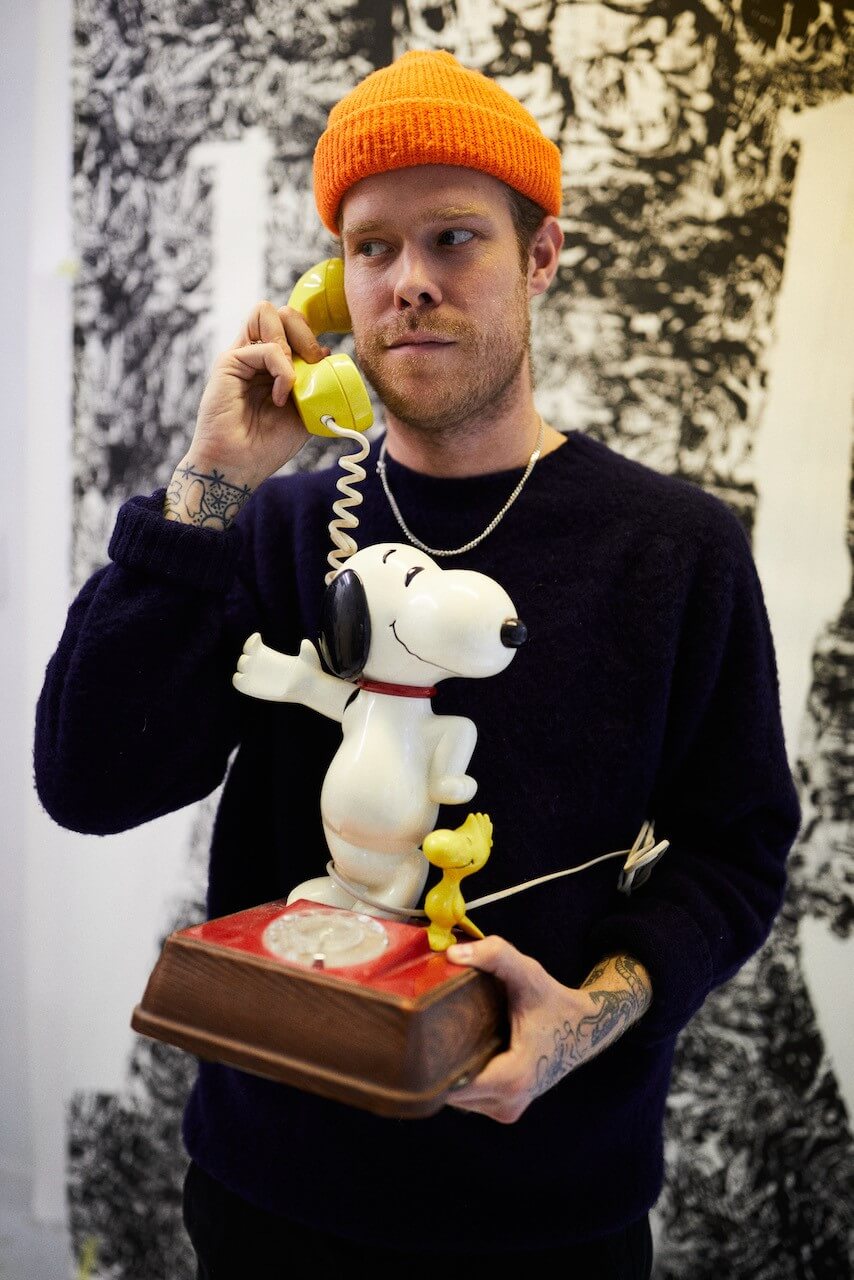 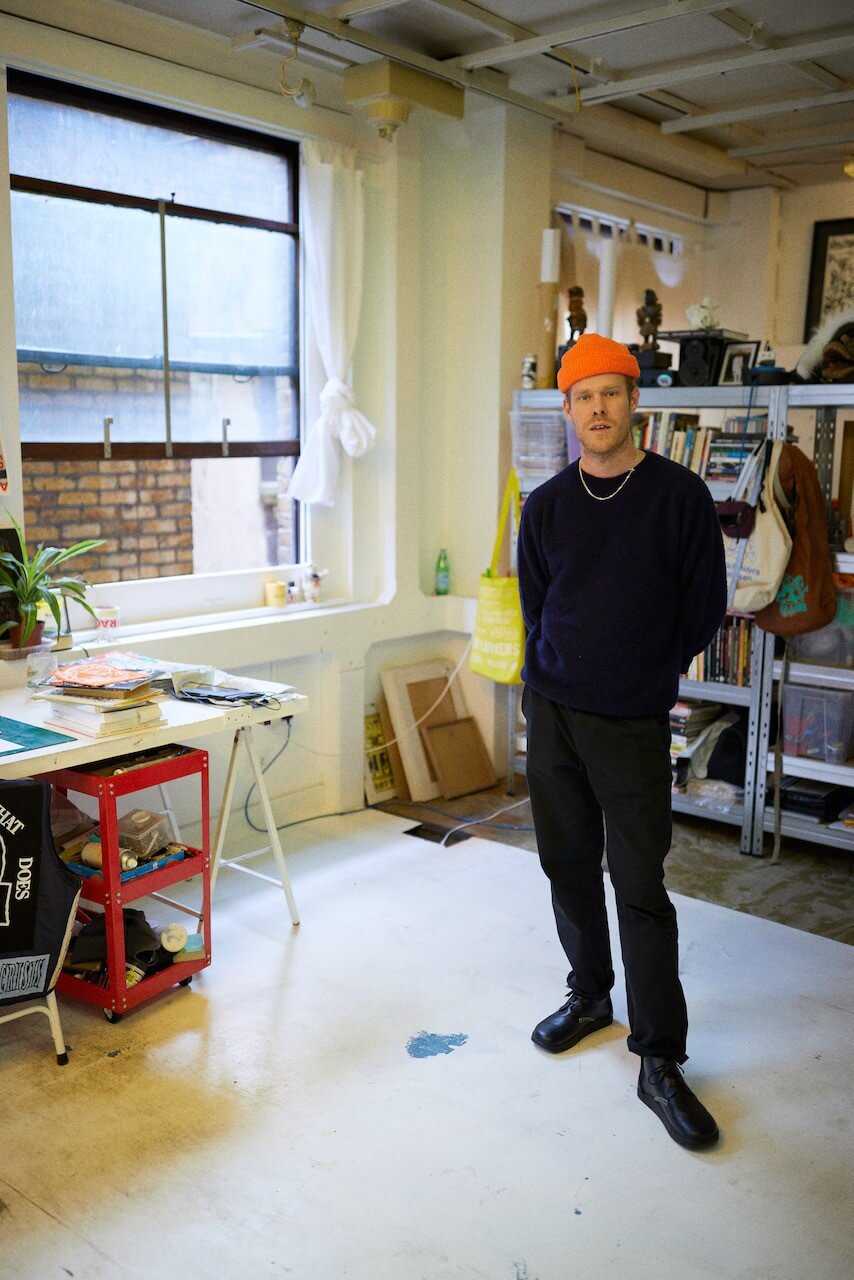 How did you approach this collaboration with YMC and Yogi?
The theme was Madchester. The unique thing about that scene — particularly the Hacienda — was the direct link between punk and electronic dance bands and performers. The way the Factory sound evolved through punk, new wave and house encompasses a lot of my inspirations. The graphics for the Manchester house scene utilised a DIY aesthetic that distinguished it from other scenes at the time, so I wanted to reflect that. I created a club logo that resembles the over-printed record labels of the time. I wanted to make a fun image that would make people think about dancing and possibly being a bit out of it.

Finally, this year we are asking all of our Journal interviewees to complete the following phrase to help us celebrate 25 years of You Must Create (YMC):

You Must Create… something, somehow, whenever and wherever you can. It can be a phrase or just a word. For us, You Must Create is both a mission statement and a call to action. 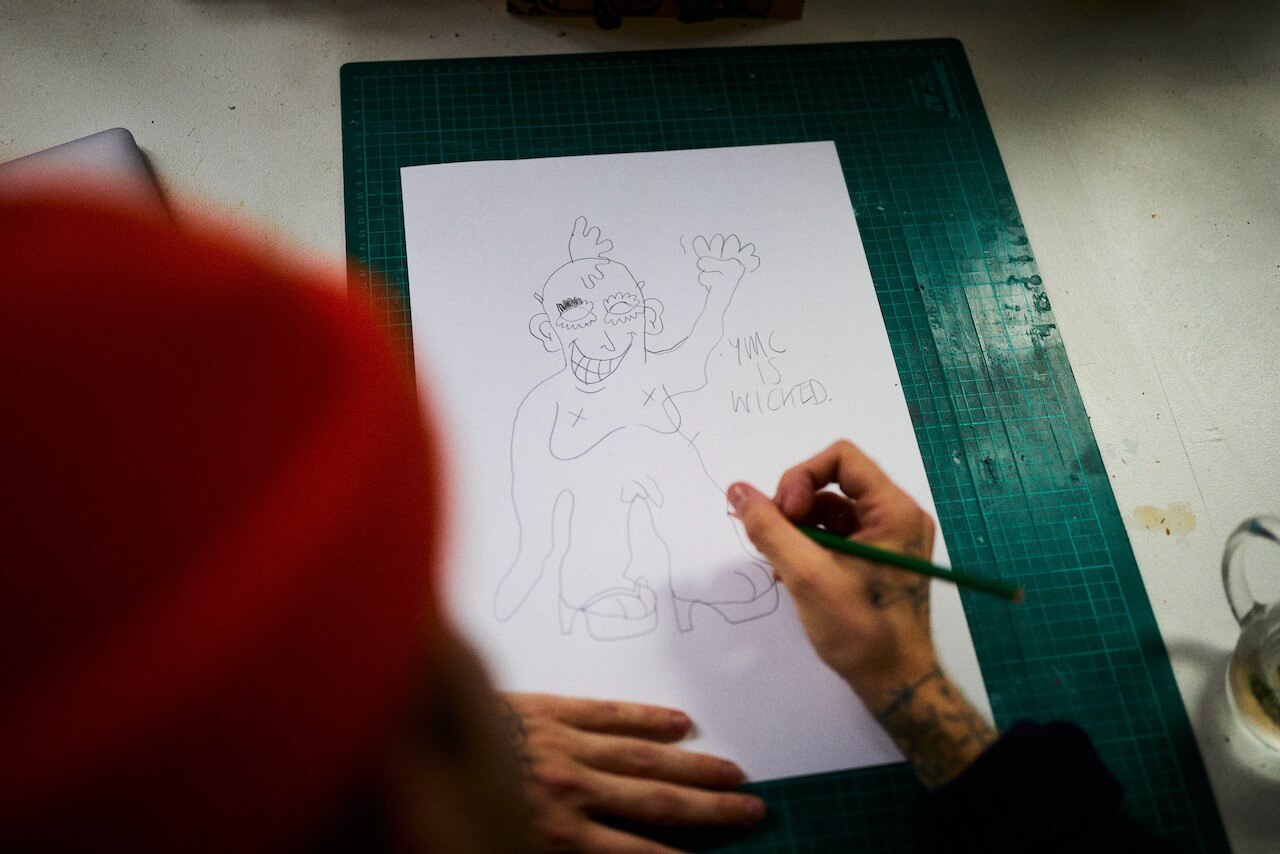