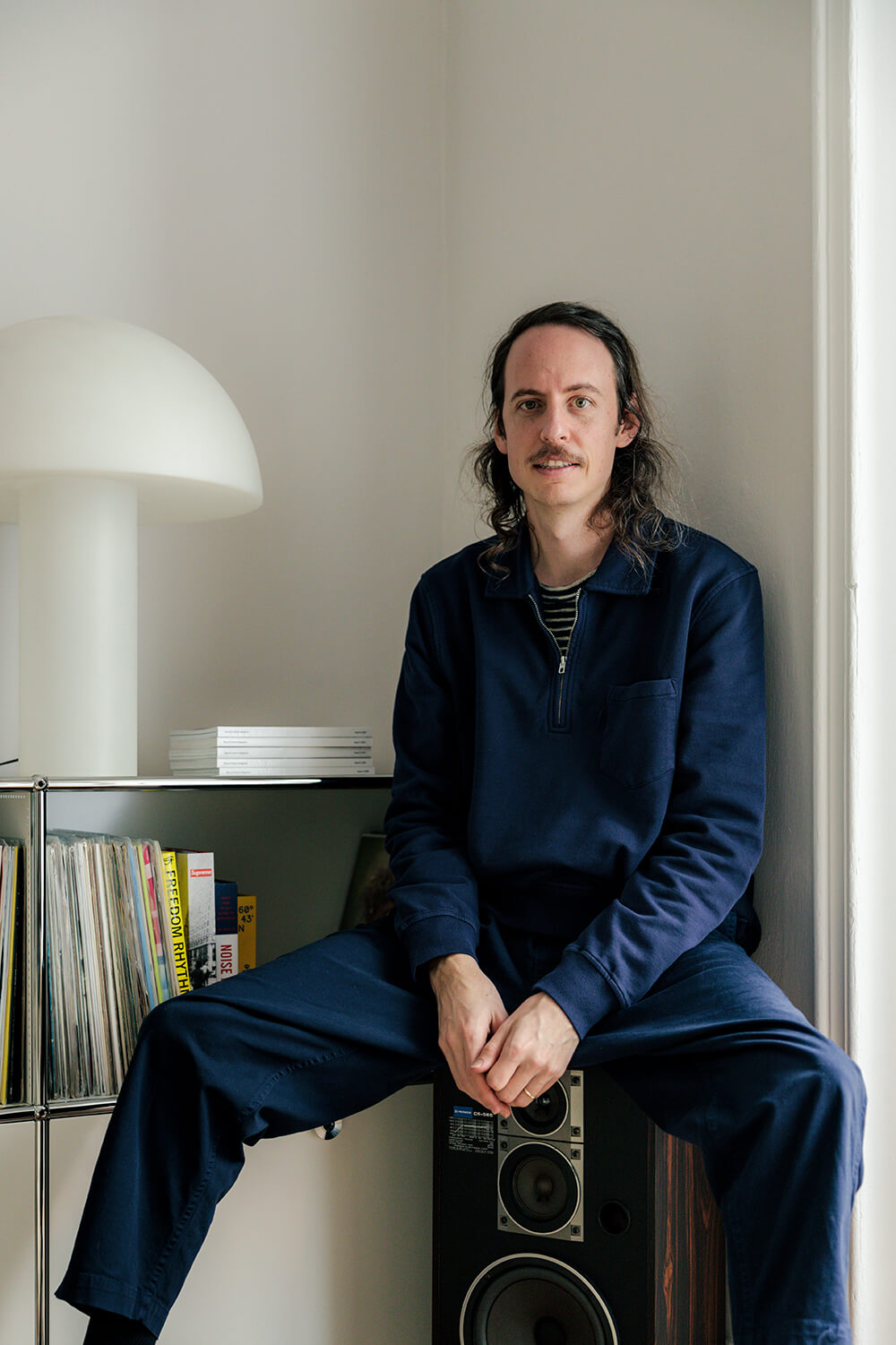 Hi Karl, how’re things? Hope you are well. Could you start by telling us a bit about your magazine?

Record Culture is a bi-annual print magazine, centred around music and record collecting. Each issue is made up of around ten in-depth interviews with people involved in music – DJs, artists, record label founders and so on. Or more tangentially, as fashion runway soundtrackers, art curators and the like, whose lives are strongly informed by their love of music. We profile people from around the world so that each issue presents a cross-section of what’s happening in niche music communities across the globe at any given time.

I started the magazine in New York in 2016. Back then, it was just about presenting what I saw happening in the New York music scene – and in other cities around the world – in a physical, printed format. I really felt that we were creating something that didn’t exist yet; that felt quite strange and almost a bit crazy. As the magazine goes on, it feels less crazy, and we’ve gotten into our own groove, of sorts. We are just getting ready with the ninth issue now. After five years, I find we can be more self-referential and collaborate with people we’ve featured in previous issues. I really enjoy that we can build a community and develop new and interesting ways to work together. I’m intimately aware that we are presenting a community that is very much alive and kicking, one that is amazingly resilient. The magazine aims to amplify this, but if we stopped publishing it, the community would keep going as it always has. The producers, the records labels, the record shops – it’s a web of interconnectedness that goes very deep. And at its core is music fandom itself, which is very personal to everyone. And it requires nothing more than a pair of headphones or speakers to continue flourishing. 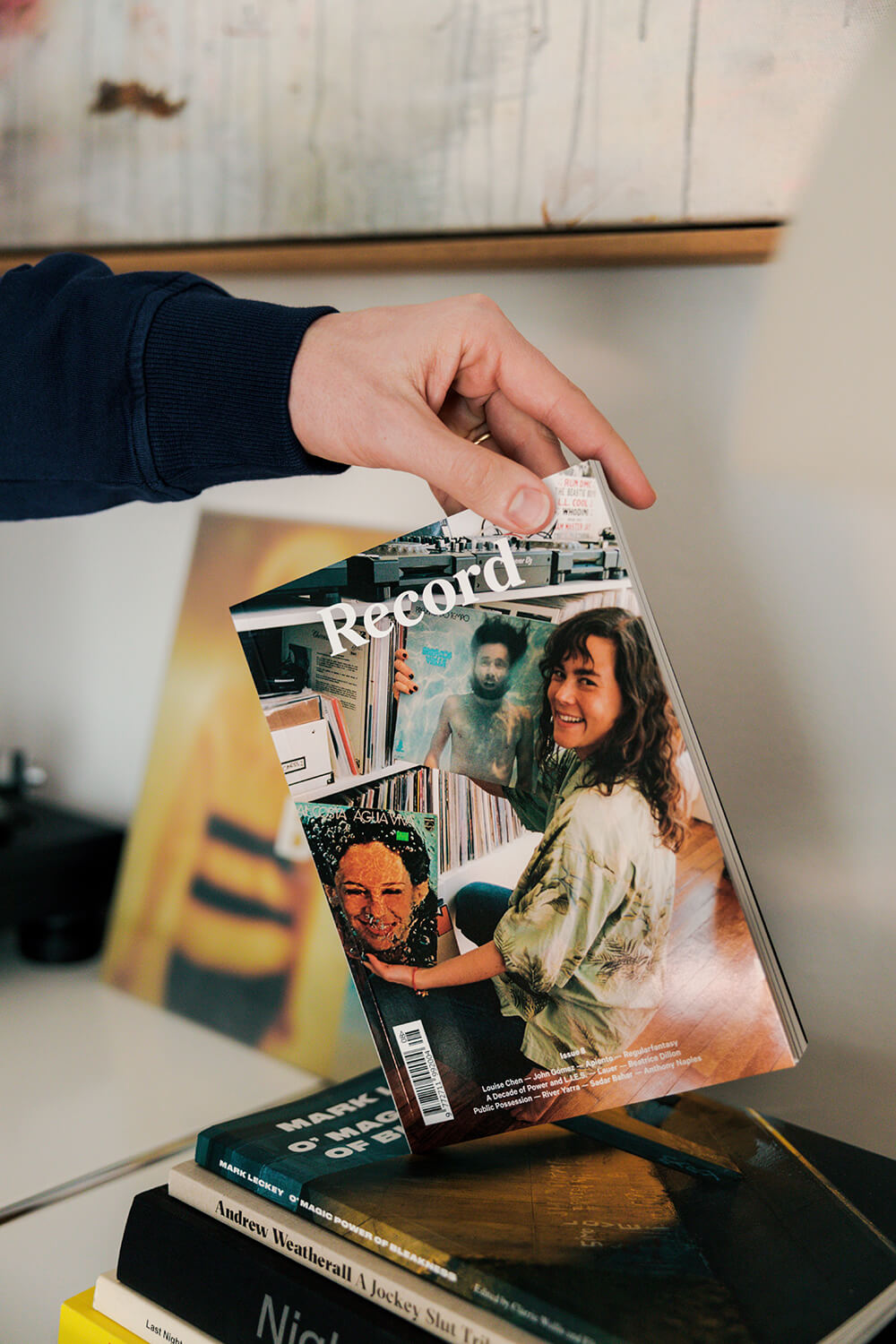 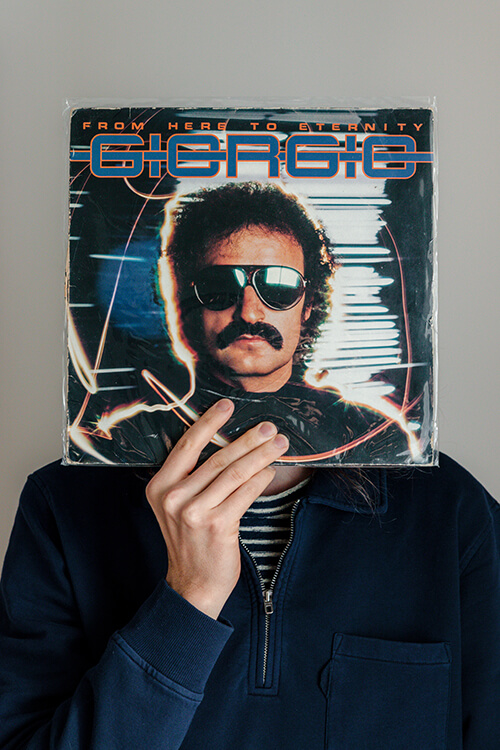 What are the benefits of being an independent publisher?

Firstly, I have a great deal of freedom. Keeping the independence and integrity of the magazine is really an ongoing thing that happens in many ways. So, we can create our own boundaries. Our process is a bit different from other magazines in that interviews and photos aren’t seen by the interviewee before being published. It’s little things like this that maintain the editorial integrity of the magazine. Producing a magazine involves lots of relationships, and managing them with clear boundaries is essential. Starting with the first issue, we have followed a similar layout which makes production much more manageable. Boundless freedom in terms of content is, for me, the enemy. I like to keep the structure quite rigid and let each feature speak for itself. 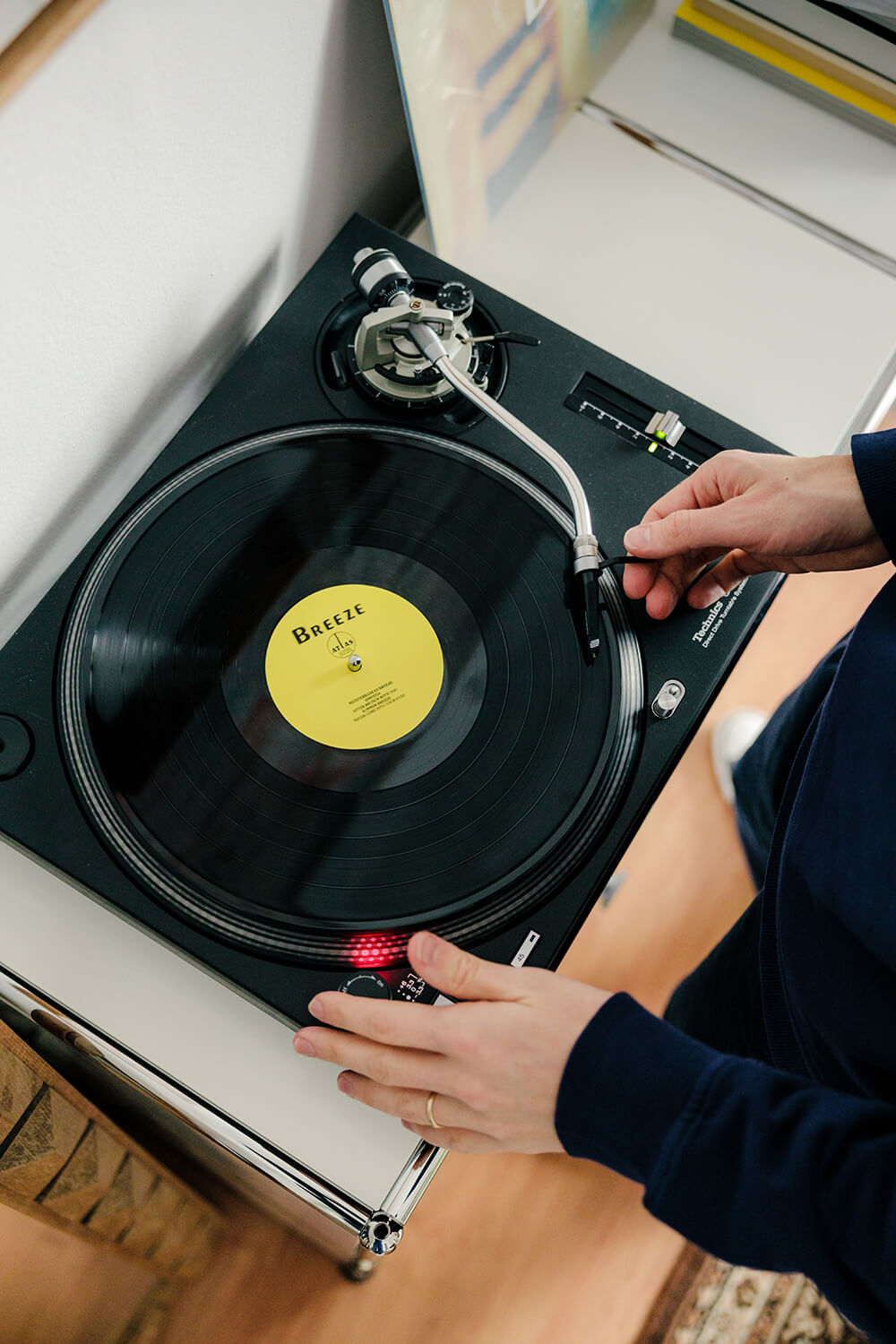 Why is it important to create a printed publication?

Creating a printed publication is really the only way for me. There are many reasons for this. I love the physicality of print, and I prefer to read things on paper. And I really believe in the risk factor involved in going to print. Just like pressing a vinyl record, you are putting a lot on the line. So it makes you check everything 100 times more, and I think that ultimately leads to a higher quality product. There’s no going back once you hit “go”, so it’s this stepping up to the plate mentality that I think is really beneficial. It also makes me question every image and every line of text. “Is that really worth printing?” Especially in light of our current environmental situation, I think if you’re going to make something physical, you want it to be worthy of the paper it’s printed on. 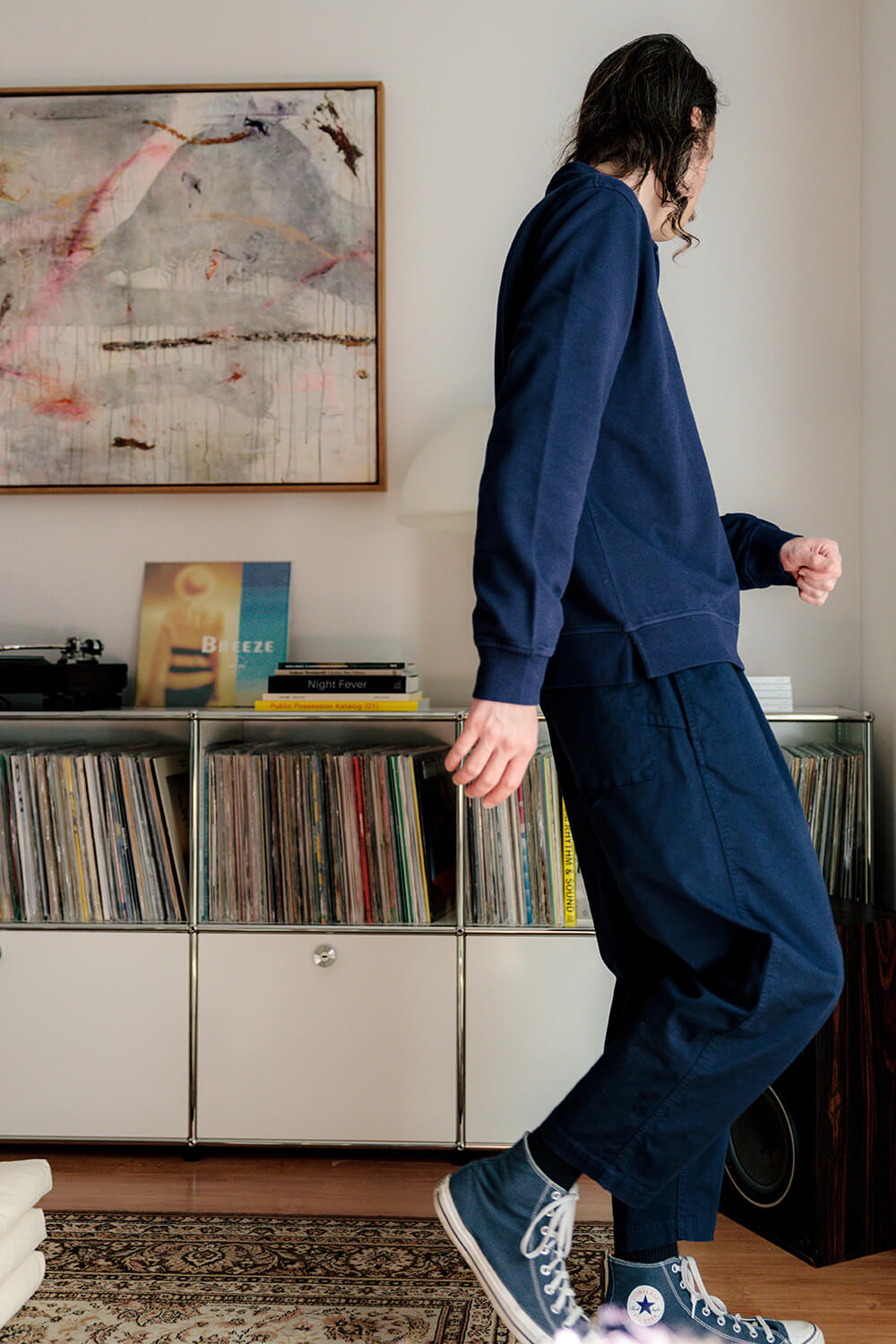 How does the printed magazine influence the community you’ve built?

Building a community around the magazine has always been part of it. Since the first issue, we’ve held launch parties for people to come together over a few drinks, with DJs featured in the magazine. At its core, the magazine is about bringing people together; and bringing the world that we present in our pages to life at events that we put on. We hope to be able to do this again soon!

I think it’s far easier to build a community around a printed publication than its digital counterpart. A printed magazine lives in the real world, whereas a website lives on our screens. The physical aspect of making a magazine that can then sit in a shop, café or coffee table is a huge factor. Personally, I’m drawn to physical things and slightly repelled by those on a screen. I always have the feeling that spending too much time on a screen is somehow bad for me in terms of posture, stress levels and the artificial blue light it emanates. So to me, it’s profoundly relaxing to then engage in something physical, whether that’s playing an instrument, putting on a record, or reading a book or magazine. It’s a different relationship, and I think, as we become more and more tethered to our phones, that need to get up and do off-screen activities is a common sentiment. 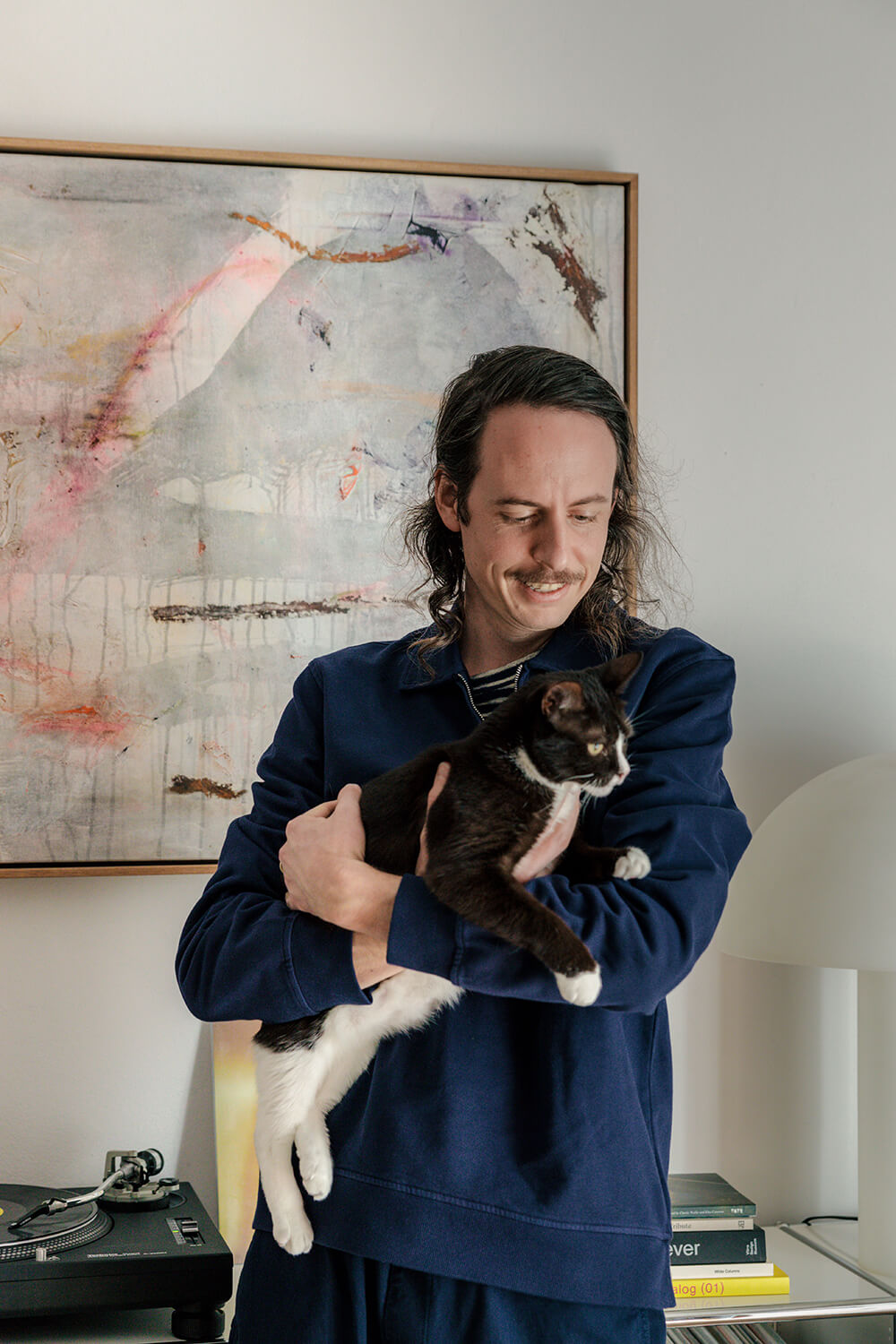 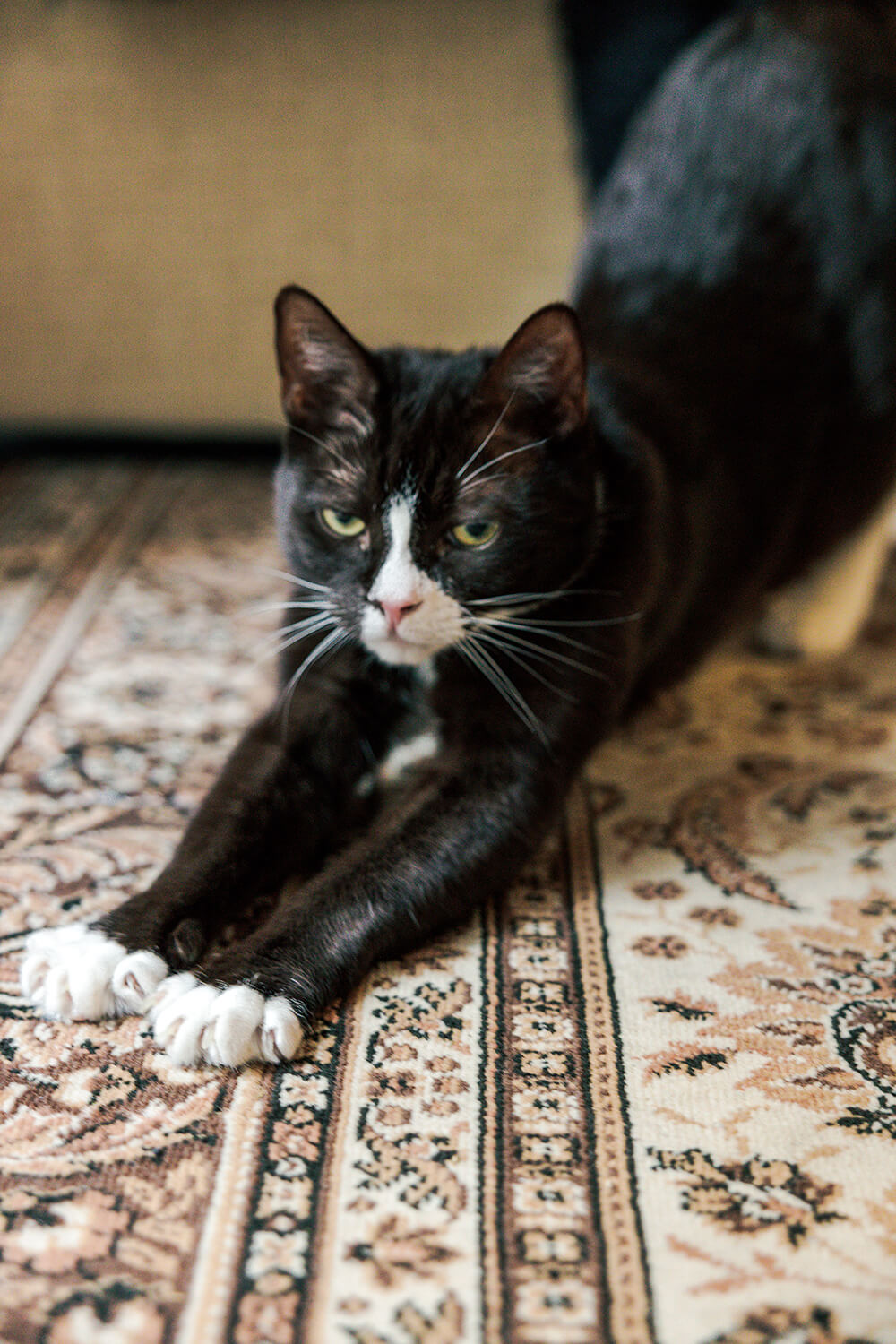 You work with a lot of writers, photographers and creatives. How do you find the right people to work with? And how do you inspire them to be part of the magazine?

I was lucky that I already knew a lot of talented creatives before I started the magazine through my work. I’ve lived in various places – before New York, I lived in Paris and Melbourne – and that helped me build up a global network which proved vital when I started. Since then, the list of contributors has grown, of course. I tend to try and find suitable writers and photographers in the same city as the person we are profiling in the magazine. Just as I might reach out to someone I want to work with, potential contributors also reach out to us, so I find people that way as well.

In fact, you’re originally from Melbourne. But you’re living in Madrid now. What have you learned living in so many different places?

Each city has its own culture and pace of life, which has had a strong influence on me. In New York, I was inspired by seeing so many other people around me chasing their dreams. That motivated me to launch the magazine. You feel the buzz of so many talented creatives working at such a high level in their respective fields, and that pushes you to raise your own game. No one bats an eyelid when you launch a creative project, so you need to make noise around it. And when you do, people are surprisingly supportive and open-minded. The city thrives on new energy, but it’s such a cutthroat place, it forces you to make the most of it.

From Madrid, I’ve learnt about a slower pace of life, about enjoying the moment, which people are extraordinarily good at here. And also about taking time to appreciate more subtle music through the city’s legends like ambient musician Suso Sáiz.

Melbourne is where I was born and raised, so I take a lot from there. What immediately comes to mind is just an openness to travelling and an interest in other cultures. And those things form the backbone of Record. I also benefitted from Melbourne’s strong publishing scene, where I started as a writer. Here, I learnt about the importance of high-quality writing and editing. The city has a thriving cultural programme, so all the international acts you could ever ask for come to Melbourne. 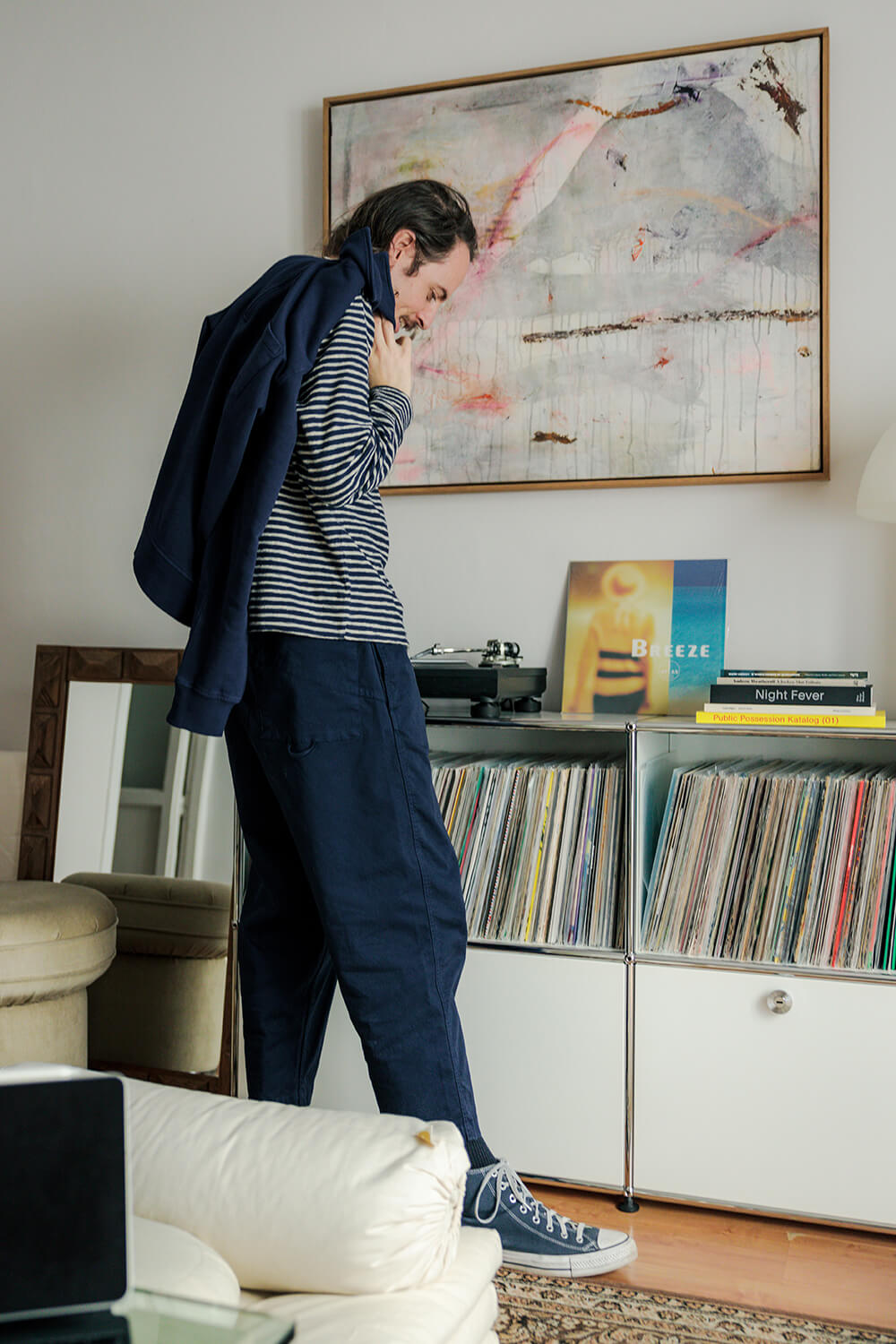 Where does your love of music stem from?

It started at a very young age, probably listening to my grandma’s piano or some sort of classical music coming out of the speakers at home, or when visiting family. My interest in popular music probably stems from popping a copy of Sgt. Pepper’s Lonely Hearts Club Band, The Beach Boys Greatest Hits, and Whitney Houston’s The Bodyguard into our CD player at home. From a young age, I learnt the piano and later the guitar and drums, like many teenagers. That all flowed into skateboard videos that I would watch with my brother each day after school, which always had amazing soundtracks with all kinds of music on them.

How important do you think fashion is to music? Who are your musical style icons?

I think fashion is important to subculture, and subculture is often informed by music. Fashion is something that flows into life without you realising it, and only after the fact do you see a certain period as very “of its time”. If you look back at the disco era, at clubs like the Paradise Garage in New York, there is a uniform associated with it. Just as if you were to see the Ramones or Talking Heads at CBGB’s back then, there would have been a specific style associated with that crowd. All the way to the ’90s rave subculture, that had its oversized tops and pants and bucket hats, that we are still rediscovering now. All these big subcultural movements are before my time, but each musical period I’ve been involved with has had its own style — perhaps not quite as clear as it was in the past. When I was a teenager and in my early twenties, my musical style icon would’ve been Joey Ramone or Joe Strummer — that harder edge of jeans, a denim jacket and black boots or sneakers was an appealing uniform and suited Melbourne’s pub culture. At some point, things got a little more dressy, and I was loosely channelling the likes of Pete Doherty, Julian Casablancas and Nick Cave with dark button-down shirts, suits and dress shoes that worked well with the band-driven indie music I was into back then. When I went to Paris, the influences were more classic, someone like Serge Gainsbourg, mixed with ’70s rock influences like T. Rex, and Justice, who we were all into at the time. This was all mixed up with a general fascination I had with the Madchester scene of the late ’80s; Factory Records, New Order, Happy Mondays — a sense of colour and fun that formed a bridge from band-driven music to dance music. I think because I grew up in a time after all these periods happened, like everyone in my generation, I’ve been able to pick and choose. More recently, I’m enjoying wearing clothing made by record shops, record labels, and friend’s brands — more “community-oriented” dressing. 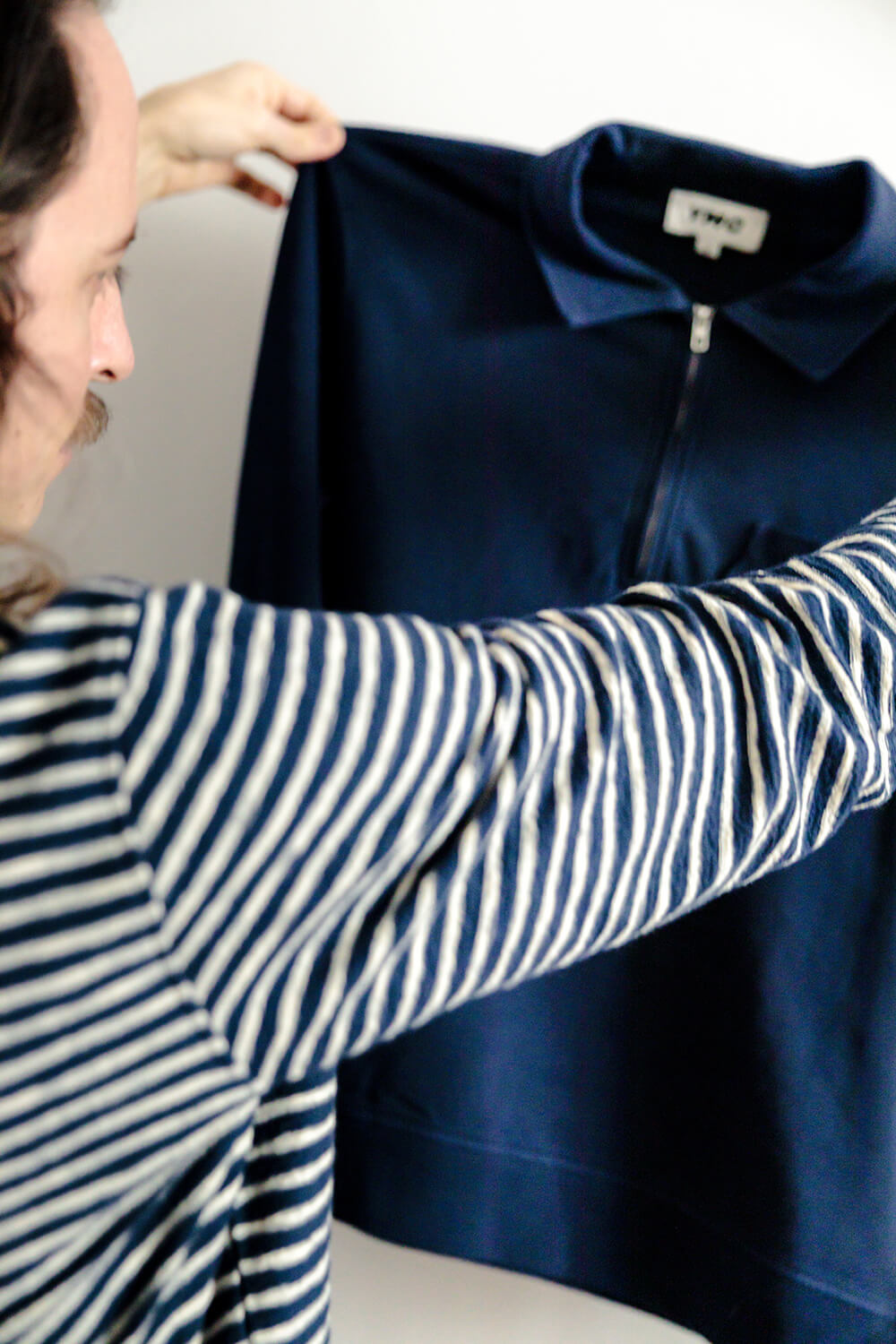 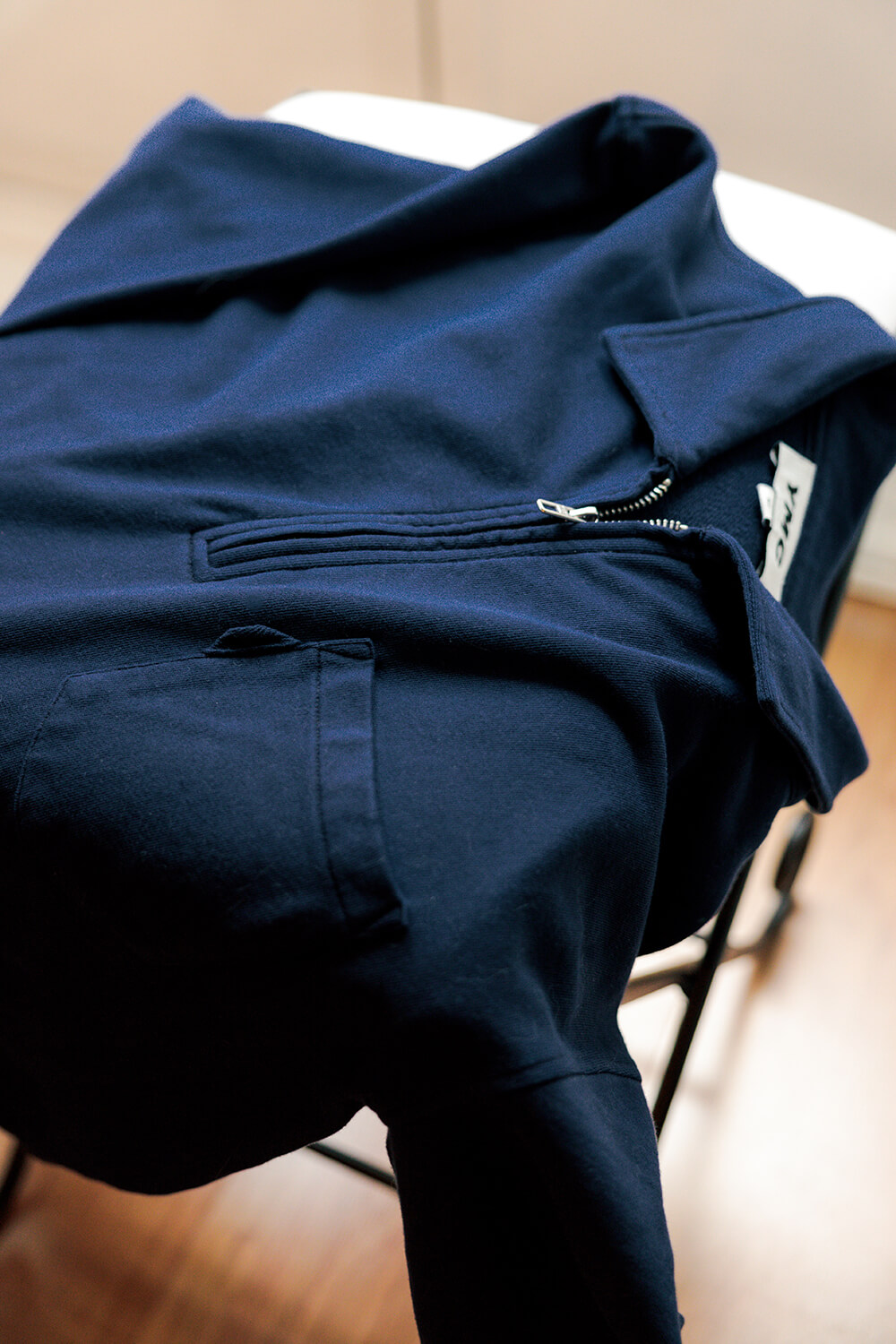 YMC is 25 years old this year. And to help us celebrate, we’d love you to complete the phrase “You Must Create …”.

“… the happenings of your dreams. If you think something should exist in the world, just do it and see what happens. Just by doing something, it draws a lot of energy to that thing. Before you know it, your whole life has changed, and you’ve had a lot of fun experiences to show for it.”