The pandemic has not impacted Lolly Adefope’s impressive career trajectory; over the past year, she has filmed the American sitcom Shrill in Portland in addition to BBC comedies Alan Partridge and Ghosts.
We sat down with Lolly to discuss perfectionism, the nuances in preparation for live comedy versus acting, and where she feels most at home. 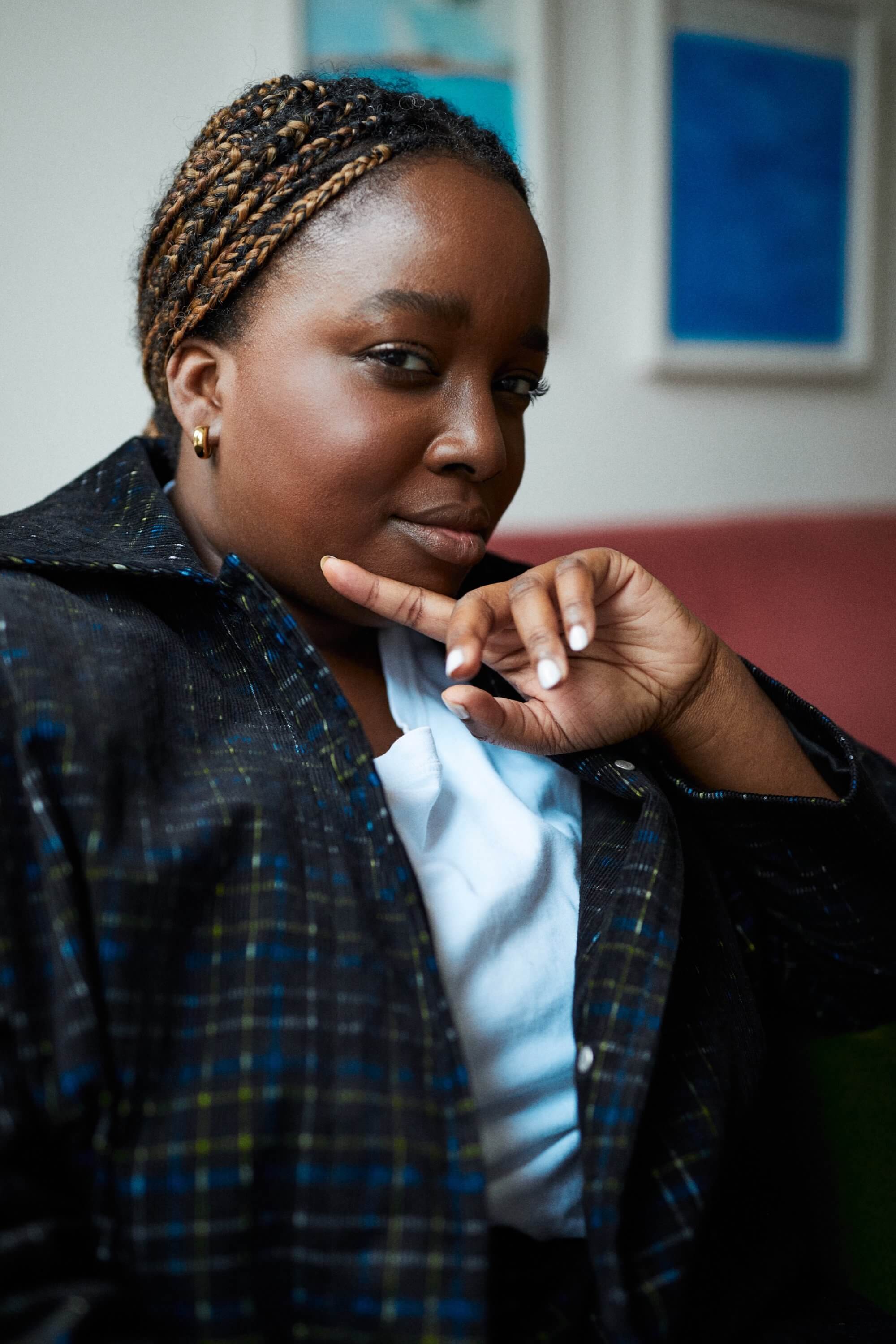 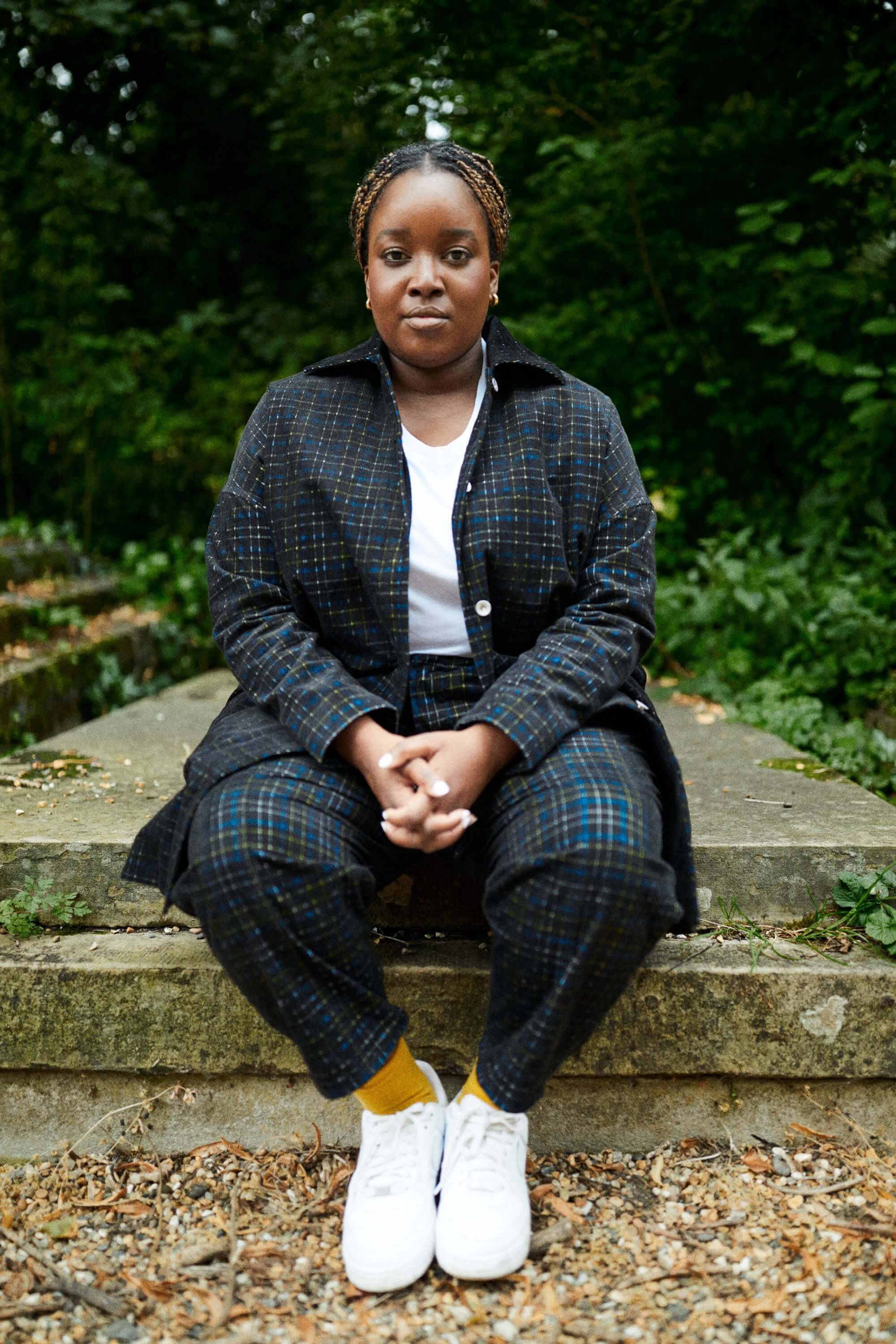 Firstly, how was your lockdown?
Aside from the p-word and all the anxiety surrounding it, of course, I really enjoyed the pause. We finished filming Series 2 of Ghosts just as lockdown started, so I was pretty ready for a break. I would’ve LOVED for that break to be in Spain or somewhere, but swings and roundabouts.

How is the process of preparing for an acting role different from preparing for a comedy show?
With live comedy, you’re in charge of everything. Writing, performing, directing, costume, makeup, etc. It’s more responsibility but it’s also really exciting for something to grow from a tiny idea in your head into a fully realised performance on stage. With comedy, you can literally think of something funny in the morning and then find a gig that evening where you can share it with people.
With acting, you just do your bit. I don’t know if that makes it ‘easier’ in comparison to live comedy. The immediate pressure is less, but then TV and film projects reach a much larger audience, so it’s a balance.

You’ve described yourself as a perfectionist when it comes to your writing. Does this extend to other aspects of your life?
I’m a Virgo, so I think it does seep into everything I do. I’ve definitely spent about a year looking for the right shoe rack.

For all the talk of the entertainment industry becoming more inclusive and diverse, do you feel that things have actually shifted in any meaningful ways?
I think there’s definitely better representation for minority groups on TV. But that still tends to be more in the indie world than on mainstream shows.
I do feel more comfortable speaking up, if something makes me uncomfortable. I spoke out before, but I do it with more confidence now that I feel I’ll have someone backing me up and that I’ll be heard.

You’ve been described as a keen observer of human behaviour. Would you describe yourself as an introvert or an extrovert?
I think I’m an extroverted introvert? I have the attention-seeking gene in me, which makes me want to perform. But I also love my own company and can be quite shy when I think someone might not get my sense of humour. So definitely a bit of both.

Where do you feel most at home?
In bed, showing my boyfriend endless Tiktoks that I find funny while he tries to watch a film, or read, or do some other important, urgent work. 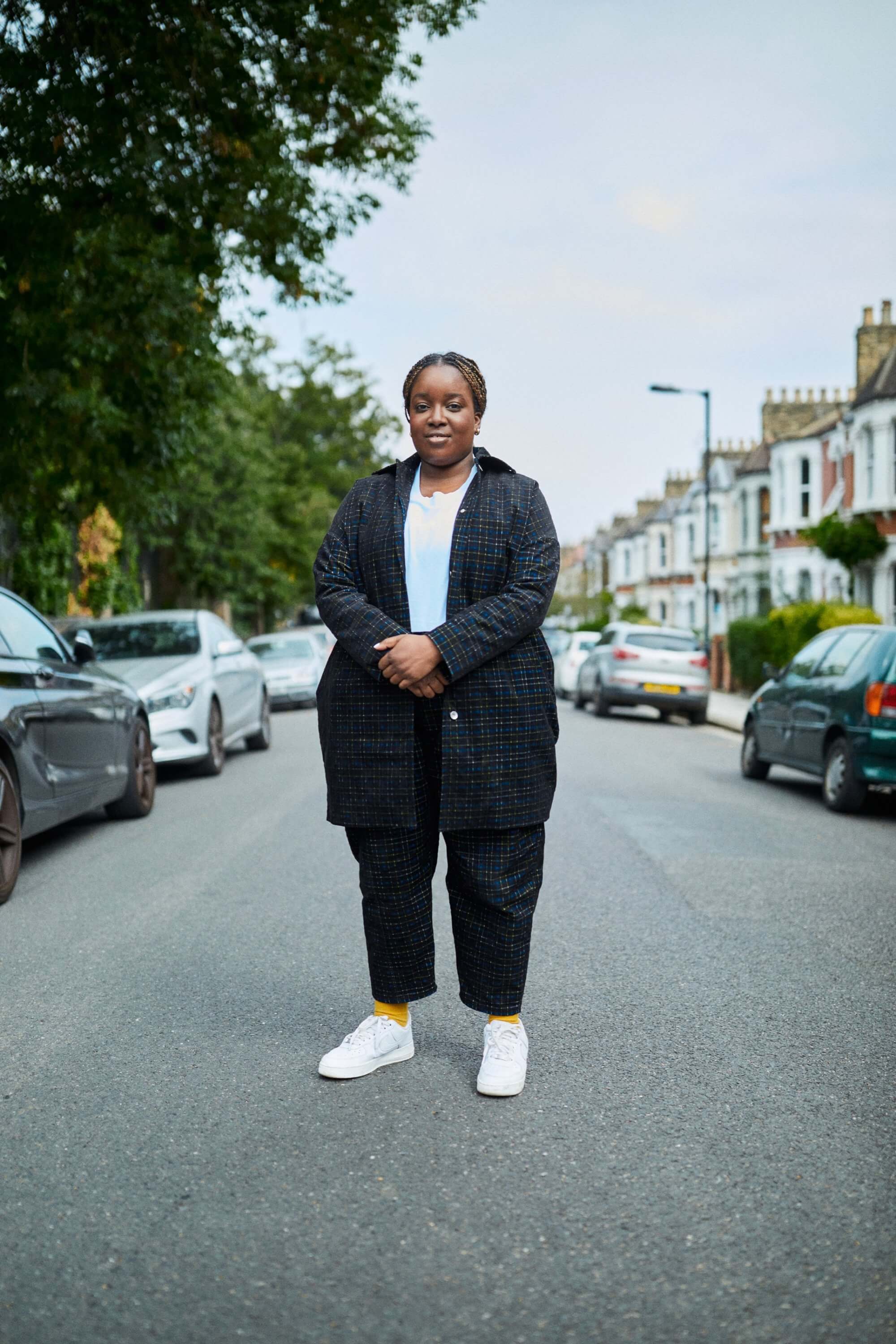 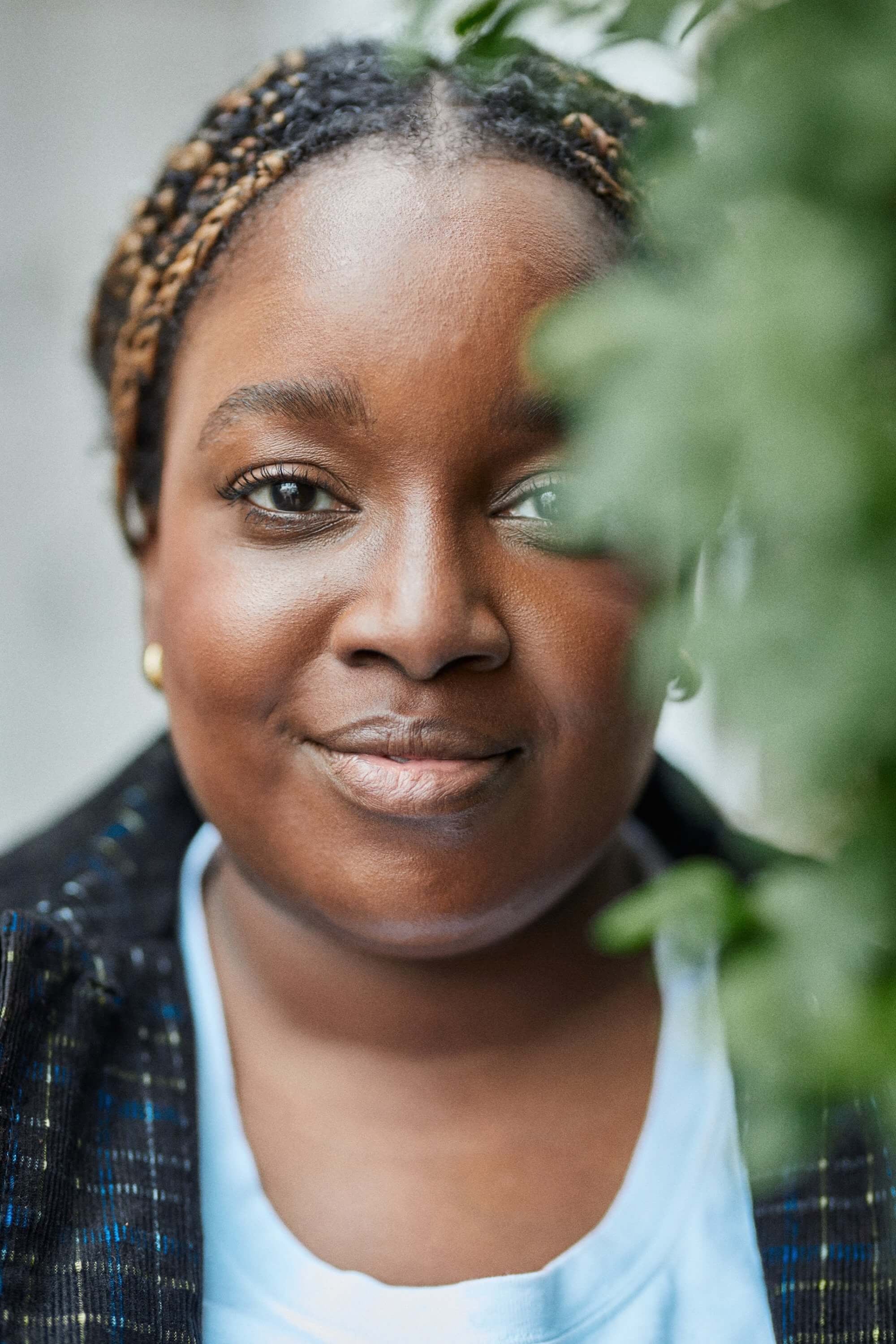 How important is costume to developing a character?
When a character is really well crafted, the costume just falls into place. Particularly in TV, I think nuances of costume are what make a character feel real. Nothing should look brand new (unless that’s part of the plot). Shoes should look worn. Characters can wear an outfit more than once.
Shrill was such an amazing experience costume wise because Amanda Needham was so collaborative and the costumes really felt like they added to our understanding of the characters.

How did you first hear about Shrill and what was the audition process like?
My American agent told me they were casting for it, and then I got asked to do a self tape. I sent two videos of me reading with my friend Sam, one in an American accent and one in a British accent. Then I had to fly to LA to do a chemistry read with Aidy. Luckily it was love at first sight and I got the part.

With the final season now underway, how do you feel about it coming to an end?
I loved Portland and loved the crew and the cast and getting to hang with such amazing people every year. So I’m sad to not get to do that anymore! But at the same time, I think all three seasons are amazing, and it’s nice to leave things on a note that isn’t neat and tied up in a bow. It’s much more grounded and realistic that way, and that’s the vibe we aimed for throughout.

You must get asked this all the time but do you believe in ghosts?
I’ve never seen one! But I believe anyone who says they have.

Would you say you’re driven more by intuition or strategy when it comes to your career?
Maybe 80% intuition and 20% strategy? Since I turned 30, I’ve started to think about more specific career goals but I think it’s best to keep it loose and focus on each day being rewarding. Otherwise it’s easy to get too bogged down in the notion of ‘success’ and not what’s actually important to me, i.e. laughing a lot with very funny people every day.

You’ve got some live comedy shows scheduled in the near future. How do you feel about returning to it after some time away?
Being able to do online gigs and Zoom gigs has helped to not completely forget how to make an audience laugh, so that has really helped. I did a gig at the Bristol Comedy Garden a few months ago which was my first live gig in about a year, so I had a similar level of nerves to when I first started doing comedy. But I think the fact that people haven’t been able to go to gigs has made audiences even more enthused about seeing live comedy.

Where’s your favourite place to do stand-up?
Moth Club in Hackney, or the Soho Theatre.

Do you have a pre-show ritual?
A lot of pacing around whilst listening to Kanye West.

Finally, this year we are asking all of our Journal interviewees to complete the following phrase to help us celebrate 25 years of You Must Create (YMC):

You Must Create… something that nobody else could 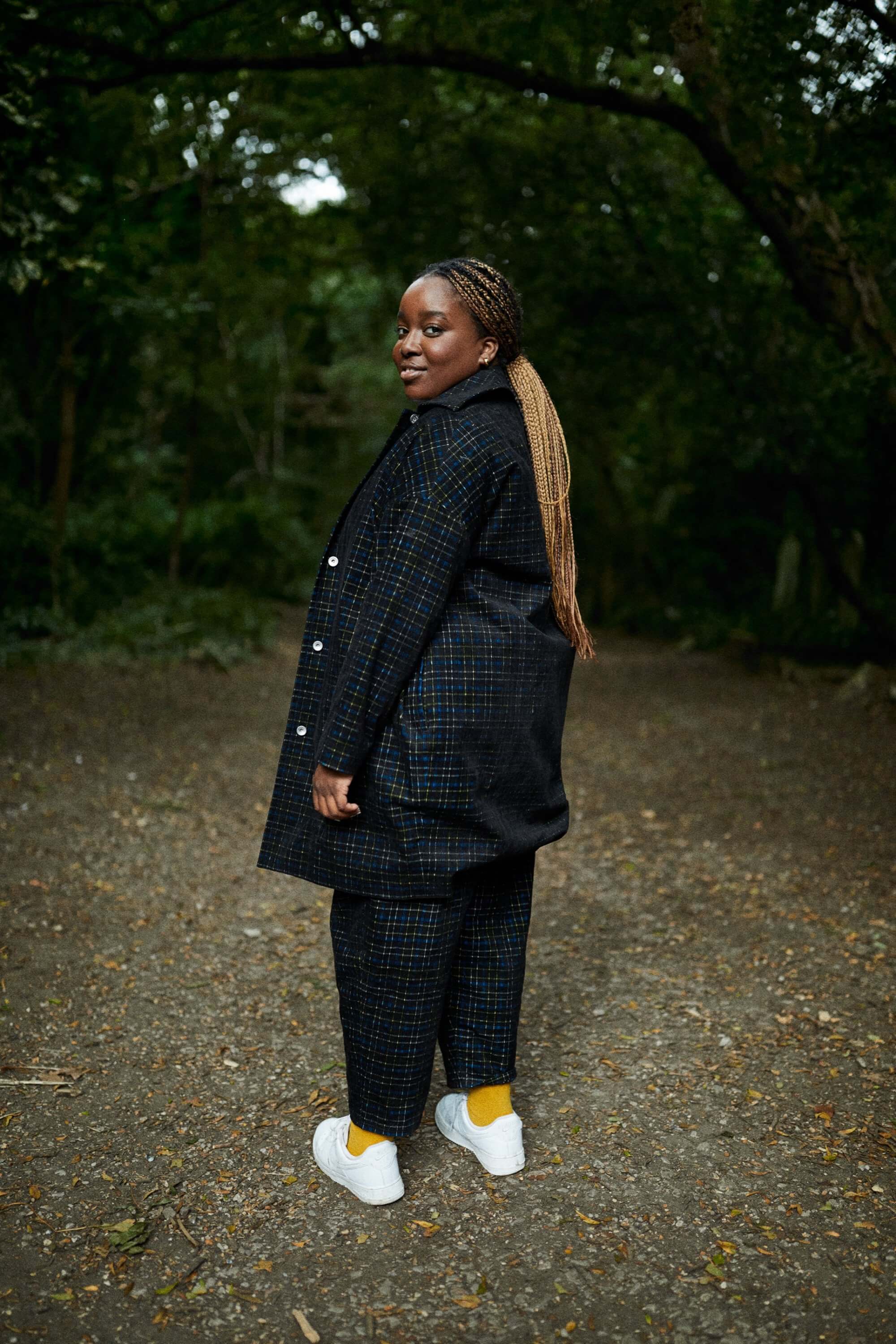 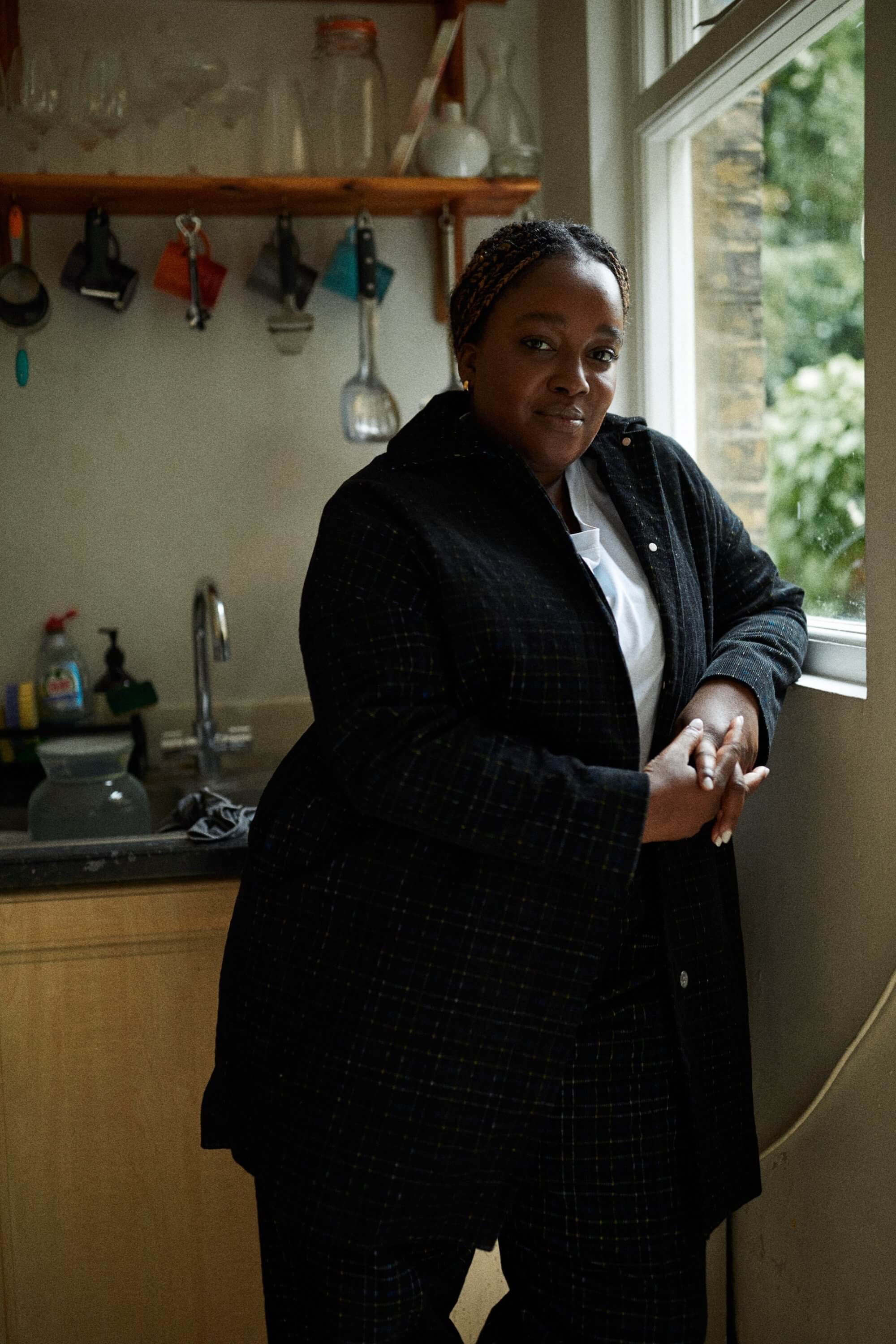