Shining a light on the scenes, styles and social movements forged by young people over the last 100 years, the Museum of Youth Culture is formed from the extensive archive of over 150,000 photographs, ephemera and educational texts from over 400 photographers and writers.
We sat down with Jamie Brett, Creative Projects Manager and Jon Swinstead, Director of the Museum of Youth Culture to discuss the archive’s inception, the transient nature of subculture, and how our collaboration came about. 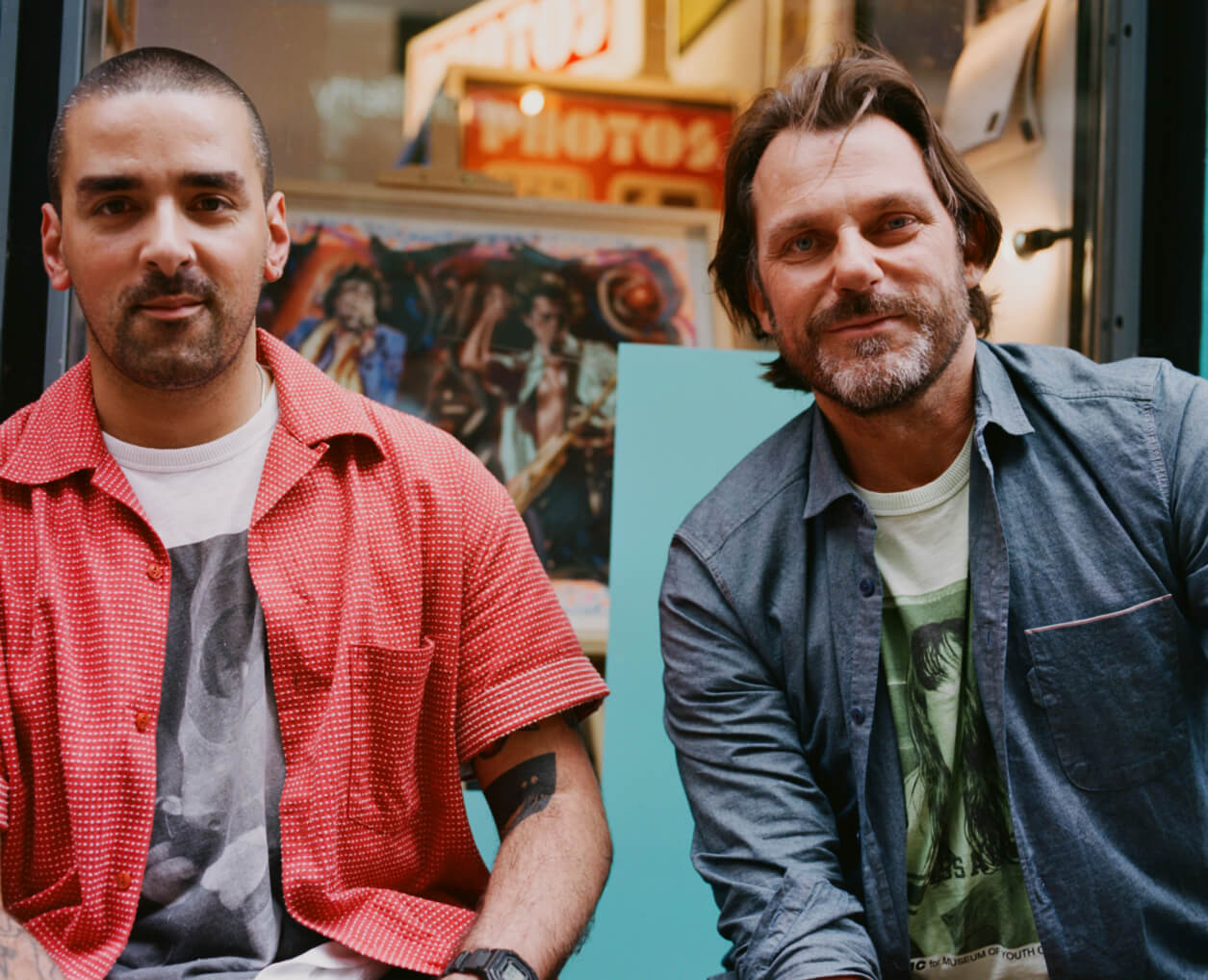 For the uninitiated, can you quickly describe the Museum of Youth Culture?
JS: The Museum of Youth Culture is a celebration of the scenes, styles and social movements forged by young people over the last 100 years. Young people get a bad press, especially these days, although, throughout history, they have been the innovators, change-makers and the creative force that Britain is famous for around the world. The museum celebrates this incredible energy, working to preserve and share the everyday stories of young people in order to inspire future generations.

How did it get started?
JS: The archive was formed 25 years ago as an offshoot of Sleazenation magazine. We would struggle to find authentic imagery for the magazine, and I just started to collect the work, knowing one day it would be valuable to society. Then in 2011, the opportunity arose for me to dedicate myself to creating something permanent with the archive.

How did you guys meet?
JS: It was in 2013, and Jamie was studying photography at university. He got in touch with me because he was interested in the archive. We met for a coffee, and it was clear we could work well together. And it grew organically from there. We discussed how to give the collection a purpose beyond that of a photo library. And the museum was born. Well, conceived, at least. 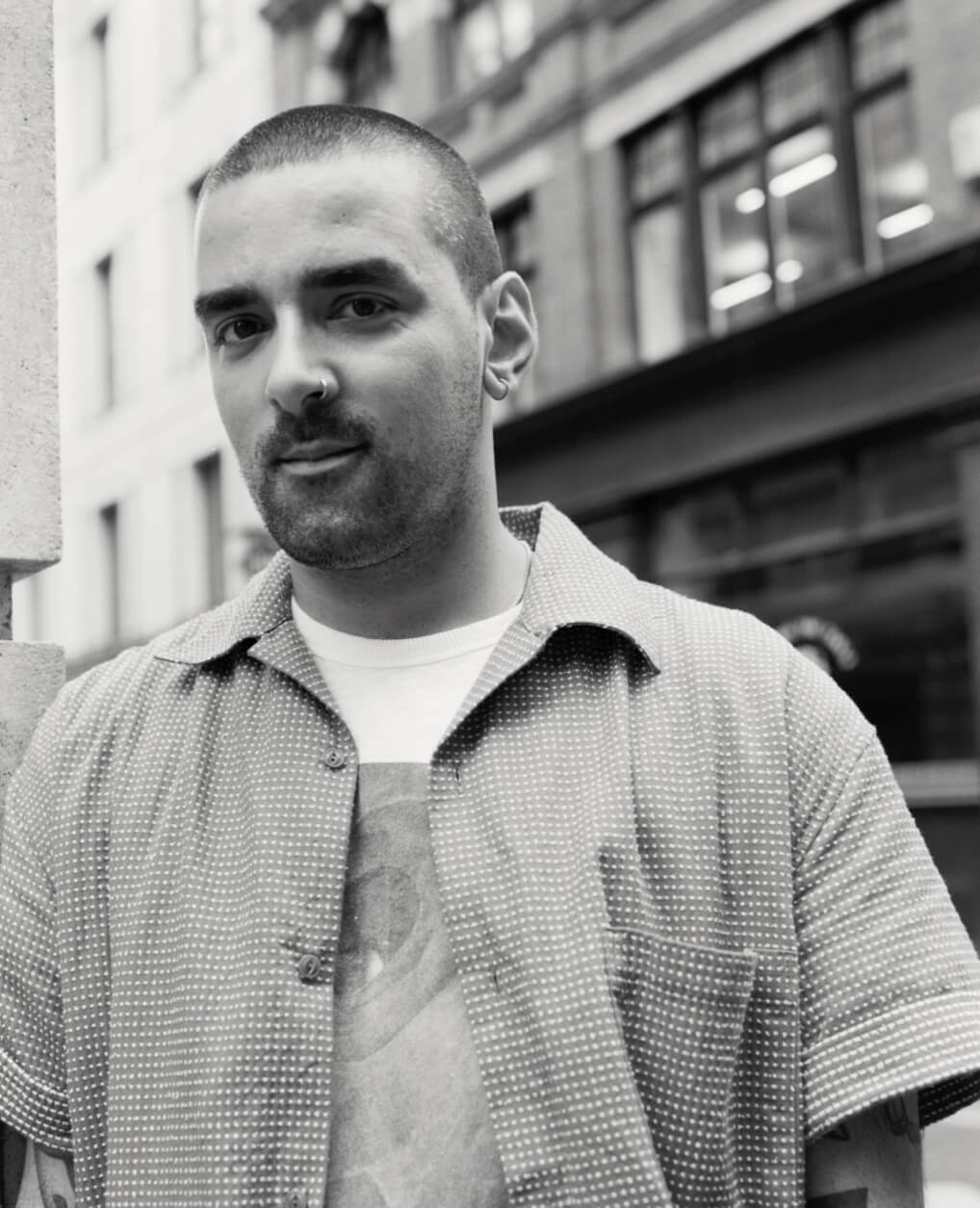 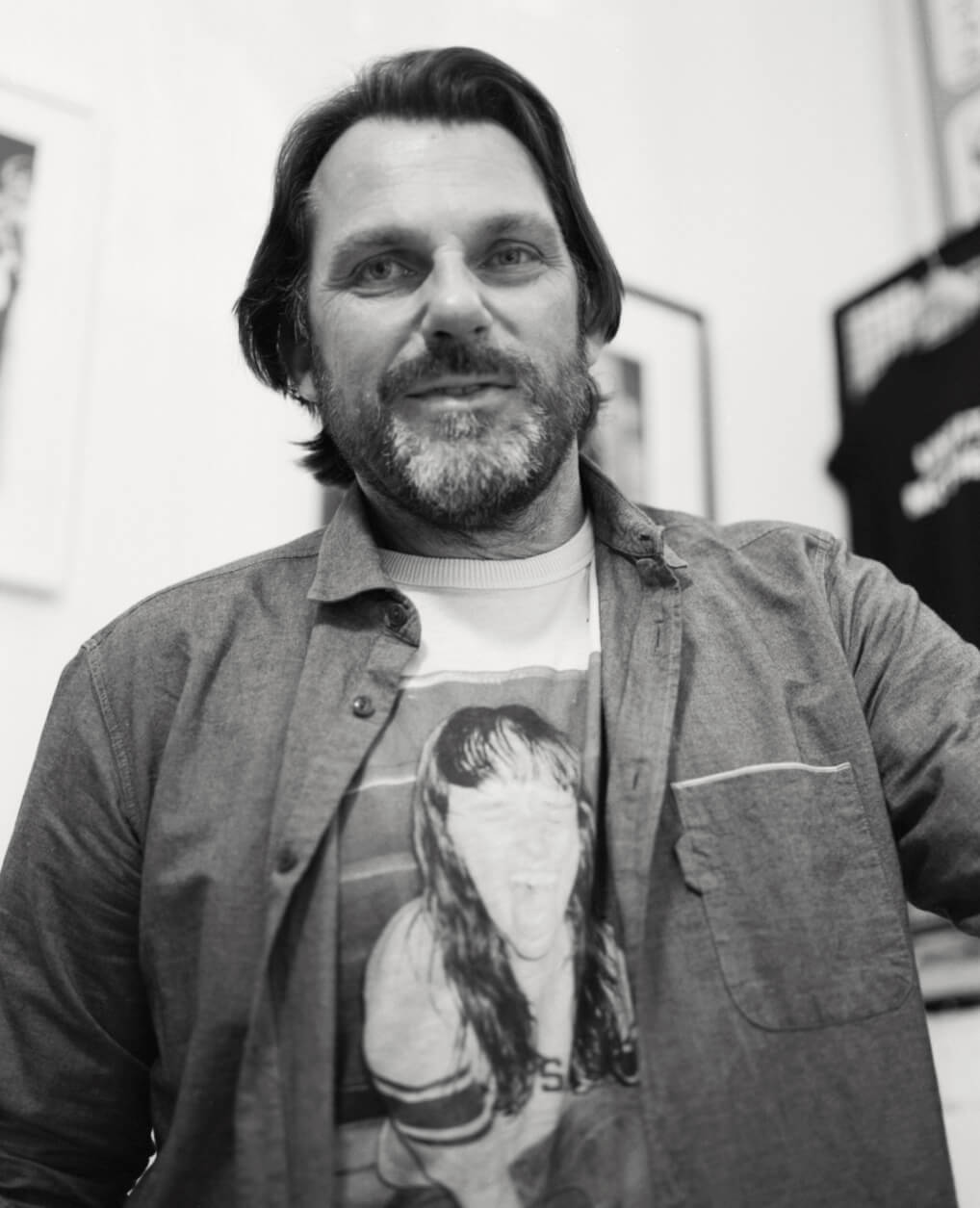 How does the museum stay relevant in the digital age when millions of photos are taken every minute?
JB: When we first started together, we decided to create the museum so that the images weren’t simply archived. People are always amazed when they find out that this is the first-ever museum dedicated to youth culture. I truly believe this collection is the most comprehensive study of self-expression and modern cultures. The great thing about turning the archive into a museum is that we can actually create digital experiences that work with the internet rather than against it – a museum that prides itself on digital access, and something you can contribute to via your mobile phone. On the first night out after the pandemic, digital photographers were out shooting. Thanks to the archive, those images will live forever alongside pictures of other significant historical moments like the flappers of the 1920s. And the museum is still growing thanks to the internet. In a way, we are adapting the traditional museum concept into an organisation empowered by both.

You recently had an exhibition on Carnaby Street in Soho, London. Can you tell us a bit about that? Any plans for more shows or even a permanent space?
JB: Soho has such a rich musical and cultural history, so the museum has a natural affinity with the street and the surrounding area. Coming out of lockdown, we produced a pop-up museum space celebrating all the submissions that we received over lockdown via a social media campaign. It included over 5,000 photographs of people growing up in Britain, from 1920 to the present day. Alongside the pictures, we set up an interactive teenage bedroom (much to the delight of Instagrammers), a vintage photo booth, a piece of the original psychedelic Carnaby Street paving and an incredible collection of rave flyers, chronicling flyer design right back to the 1970s. This was all backed up by a series of talks and events, which made it really feel like a mini-museum in the making.

What do you guys love most about your work and working together?
JS: For me, I love that we are working towards helping young people by showcasing their own stories. Youth defines us throughout our lives, and young people need confidence and inspiration in order to express themselves. Plus, we get to look at great pictures and hear amazing stories all day long. Working with Jamie is genuinely pleasurable; we get on, and our skills complement each other. Jamie has a brilliant, inquiring mind and will throw himself into anything. But most of all, we have fun. The daily chatter covers every conceivable topic. A fly on the wall would find it all pretty mental.

JB: Everything we have done has felt completely organic, spawned from our collective love of photography, eccentricity, music, fun, and sometimes talking absolute nonsense. The project has been the result of some very strategic planning and some instinctual off-the-wall decisions that have ultimately helped shape the museum. What I love about Jon’s approach to things is his trust and open-mindedness to new ways of working and exhibiting. He stands up for what he believes in and isn’t afraid to ruffle a few feathers if that’s what’s needed. And I’ve always felt very free to try anything, from designing ravers T-shirts to projection mapping animations onto exhibition entrances. It’s been an extremely collaborative project. No one person is responsible for its successes. And that, I love. 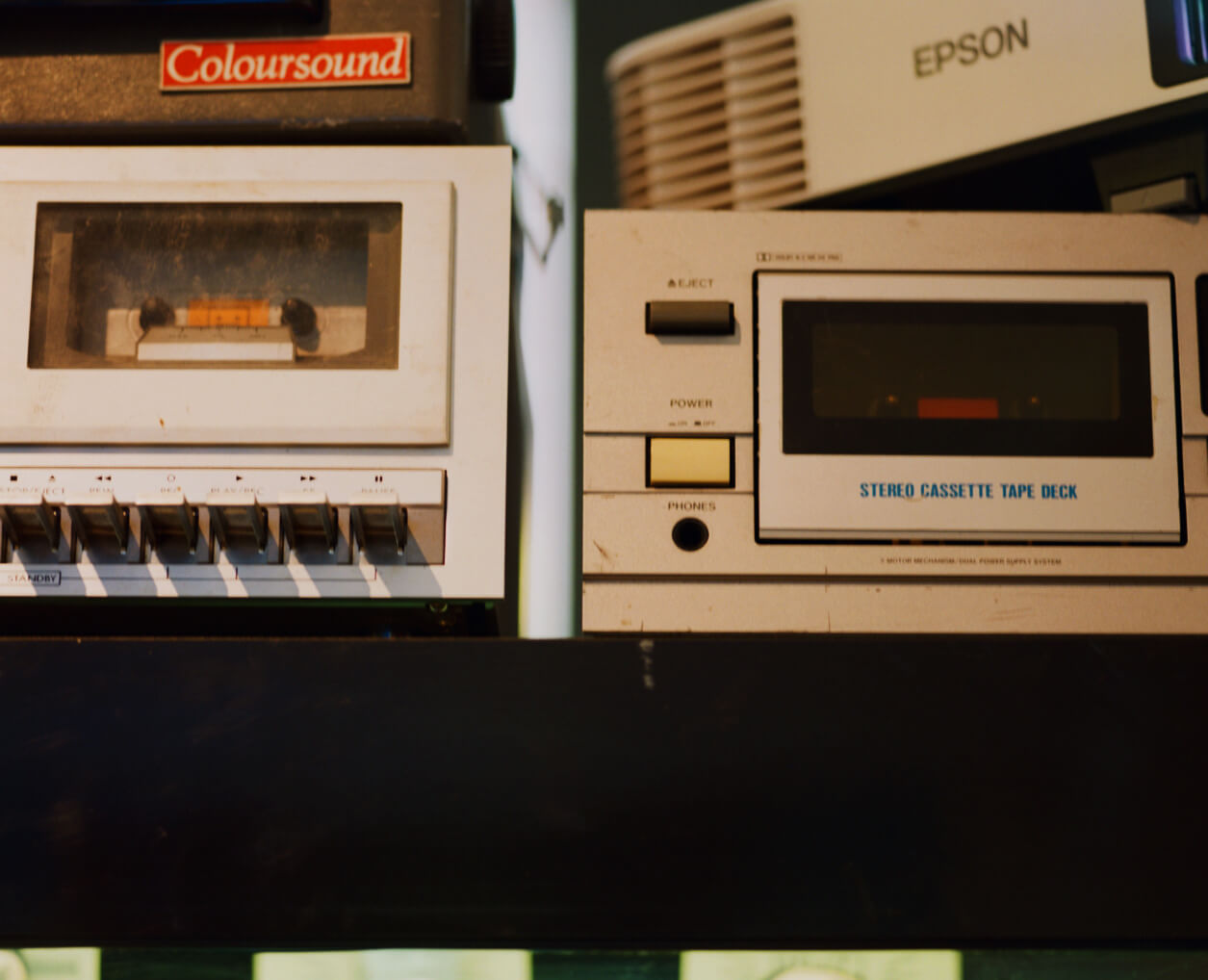 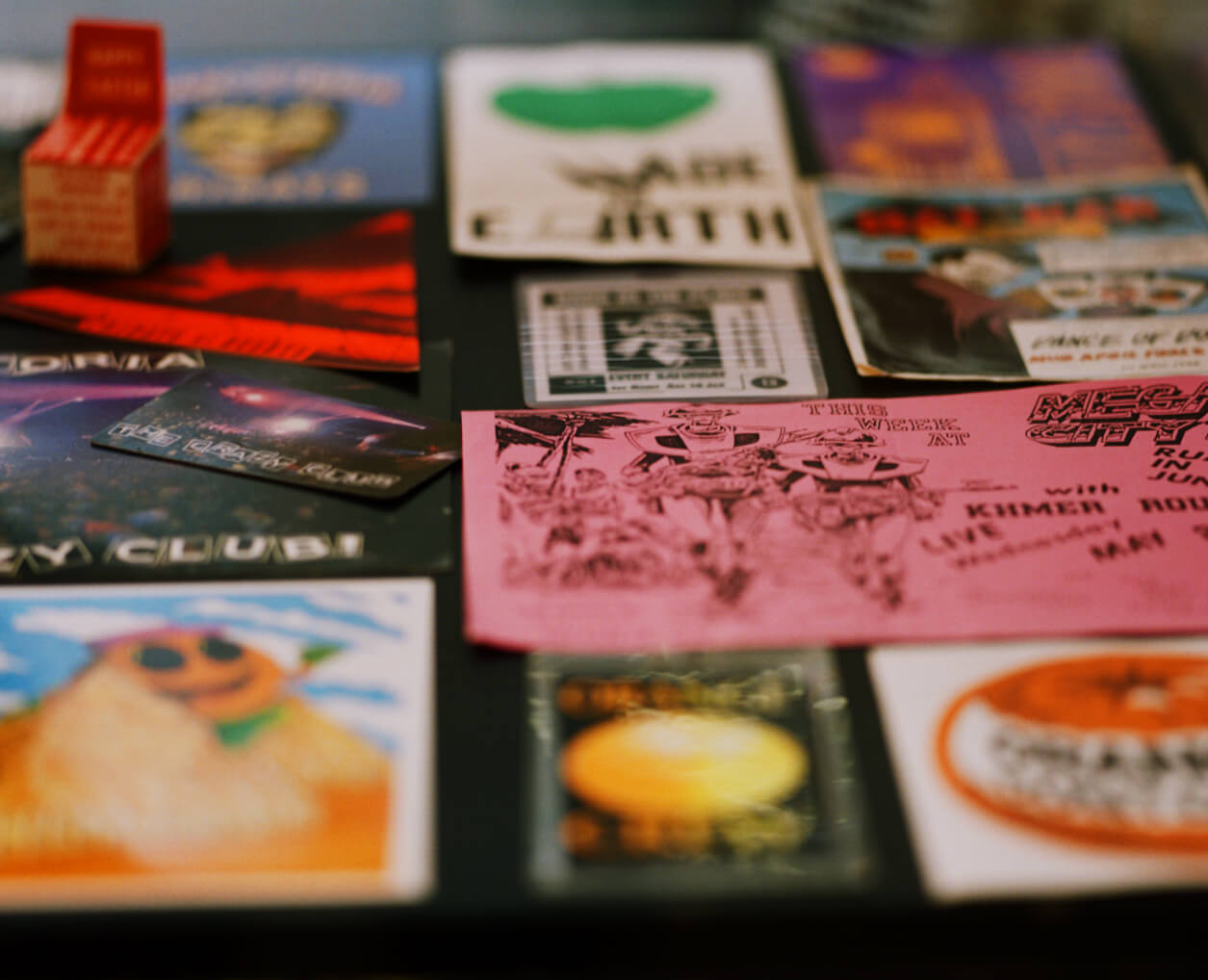 You must know a lot of really great photographers. How do you attract them and get them involved with the museum?
JS: I think after 25 years, we’ve found our sweet spot for the kind of photographers who want to be involved. They tend to be like-minded and understand the social value of their work. They are often already a part of the scenes they document and share a passion with their subjects. We scour for new people all the time, but many also come to us directly. And everyone is welcome to submit pictures to the museum through our Grown-Up in Britain campaign.

JB: It’s all about building trust. With Jon’s work on Sleazenation back in the day and the general reputation of the work we’ve done over the last eight or so years, people tend to come to us rather than us needing to convince people to join. That’s really great, and it generally means we’re more aligned.

You guys must be experts on just about every youth culture movement of the last 100 years. Do you have a favourite?
JS: Mine is easy – rave. It shaped my youth. I was a bit goth as a teenager, a little bit New Romantic but nothing really grabbed me ’til rave came along. It was like a tidal wave sweeping you along and allowing all kinds of people to mix, no matter what they were into or where they were from. I loved that.

JB: For me, it’s post-punk. I’d love to be at that early Joy Division gig looking completely dissociated and weirdly elated, thrashing about with my mates. Also, The Smiths and the genderless fandom that came with that. If I were around back then, I’d definitely be in double denim and a quiff. As a teen in the 2000s, I first became immersed in subculture through the emo scene, which I became obsessively involved with, travelling to sweaty mosh pits across the UK to see the likes of Fall Out Boy, Finch and My Chemical Romance. These days, though, you’re more likely to find me in an underground club at a jungle/UK bass night.

People are always saying there are no subcultures anymore. Do you think that’s true?
JS: No. Many subcultures still exist. Goths, mods, punks – they never go away. It’s just not so tribal or defined now. For young people, the digital world has changed everything. I think new subcultures are more transient, and people select from a broader mix rather than following just one music, fashion or attitude. Plus, there are strong common themes and attitudes today like activism, the environment and identity.

JB: You can’t keep everything overground. Underground cultures will always exist, whether that’s online or in physical spaces. You just can’t see them, especially the older you get. They are way less easy to see compared to the peacocking movements of yesteryear. I think it’s time to politely nod to those – but move forward. 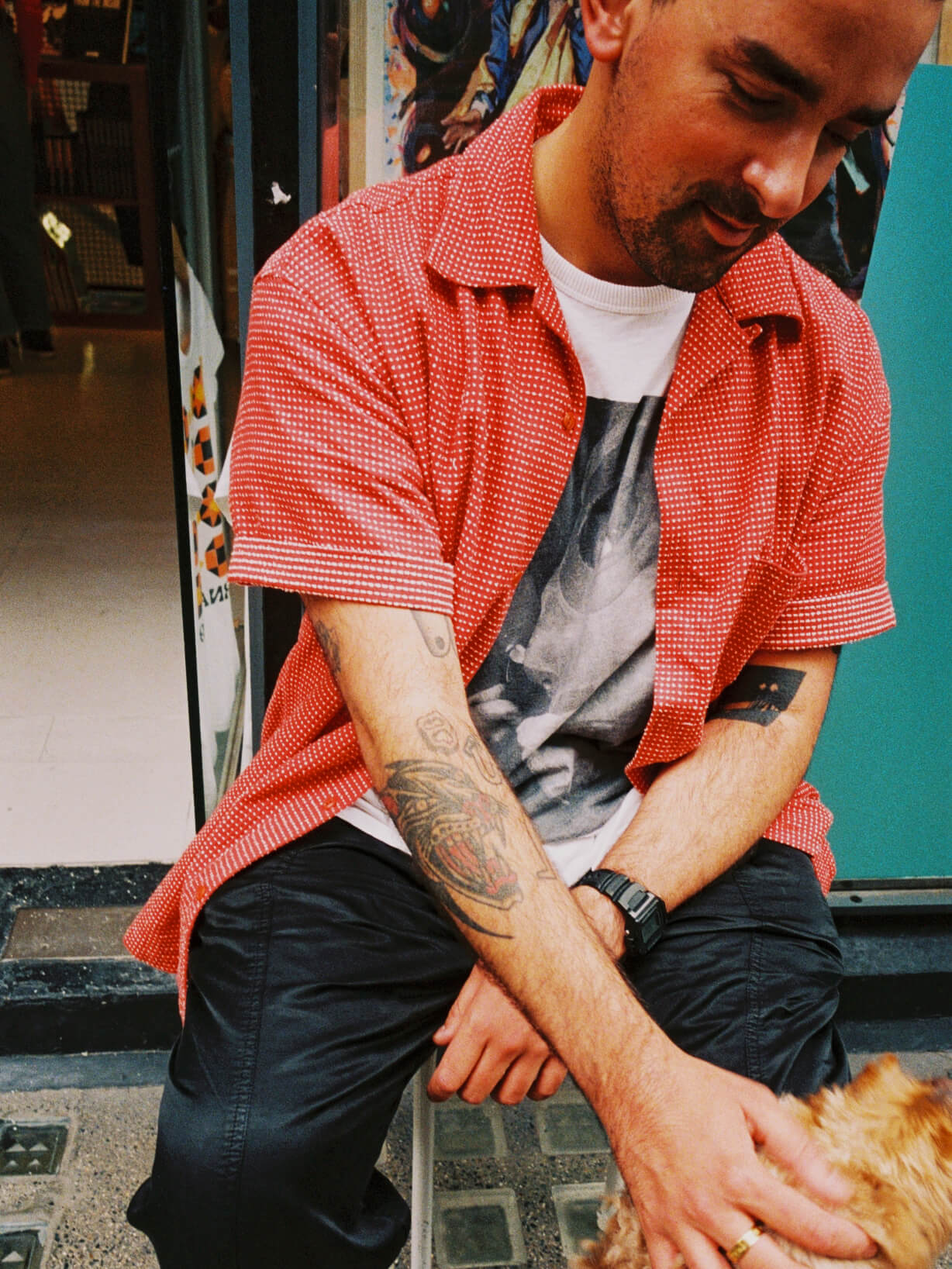 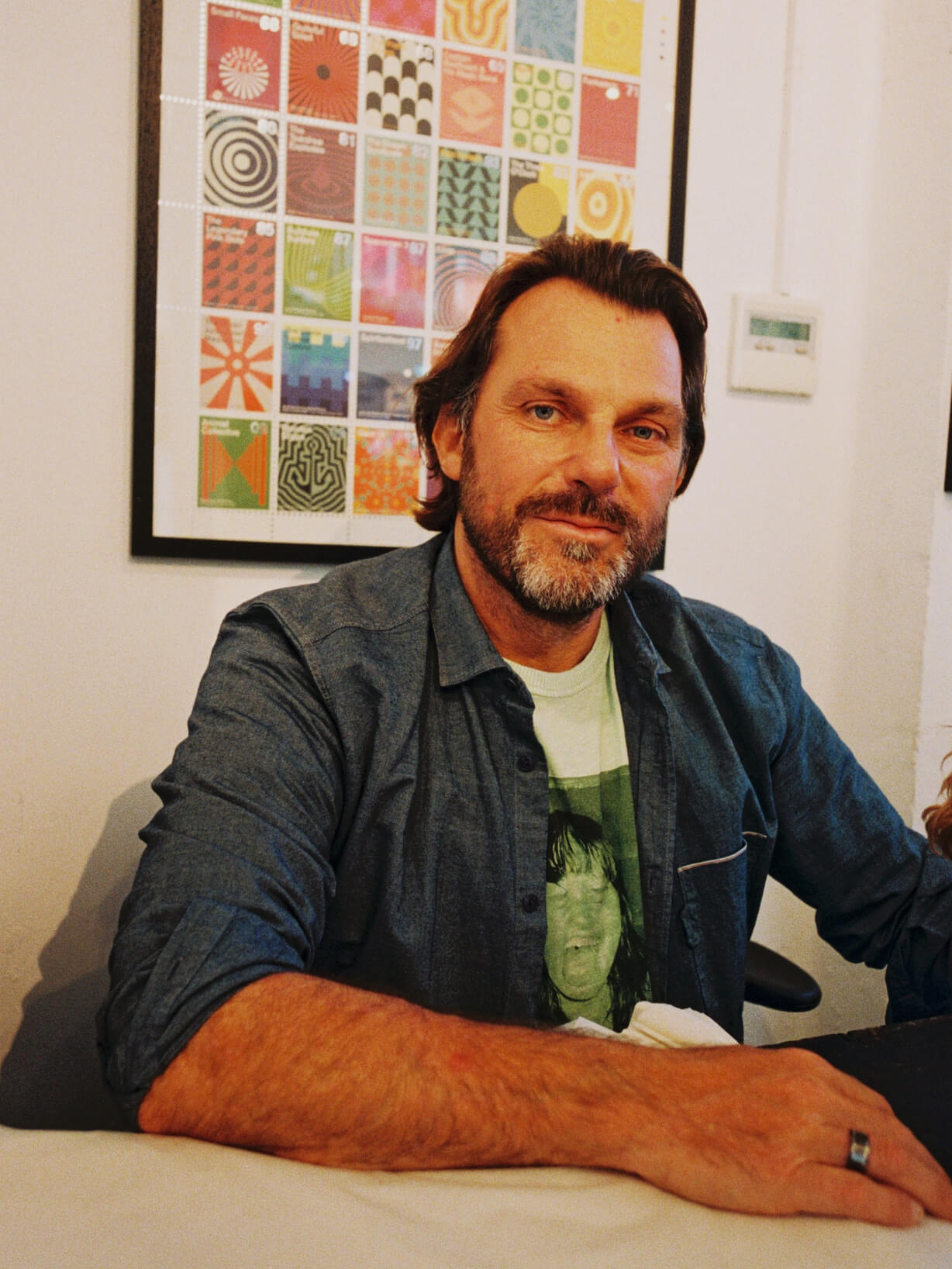 How do you think fashion and youth culture has changed in the 21st century?
JB: Digital cultures have been the most interesting emergence of the 21st century. From that Nokia flip phone in a UK garage video, Craig David cheesily spelling out his URL in ‘Fill Me In’, things have moved forward fast. I grew up through the first scene oriented around social media – emo. As was dubstep. Myspace was our second home and identity. The way we expressed ourselves in person was just as important as the HTML coding we knocked up in our bedrooms and put out to the worldwide emo scene via our profile. It connected the UK with the US like there were no borders, and it made so many people famous. I think this was the beginning of what we have now with Instagram and increasingly TikTok – the fashions, the music and the communities are all online and are especially hard to chronicle. And we’re determined, as a museum dedicated to youth culture, to tell the story in a way that’s understood by all.

Can you tell us about the project that you are doing with YMC?
JB: Working with YMC, we’re so proud to release a series of T-shirts that instil the very nature of raw and pure self-expression. The collaboration represents a coming together of two brands with like-minded attitudes and deep connections to youth culture. Importantly, the tees showcase images that are from some of our most esteemed and iconic photographers. But with perhaps less seen, more exclusive photographs that I think both the YMC and MoYC crowd will love. 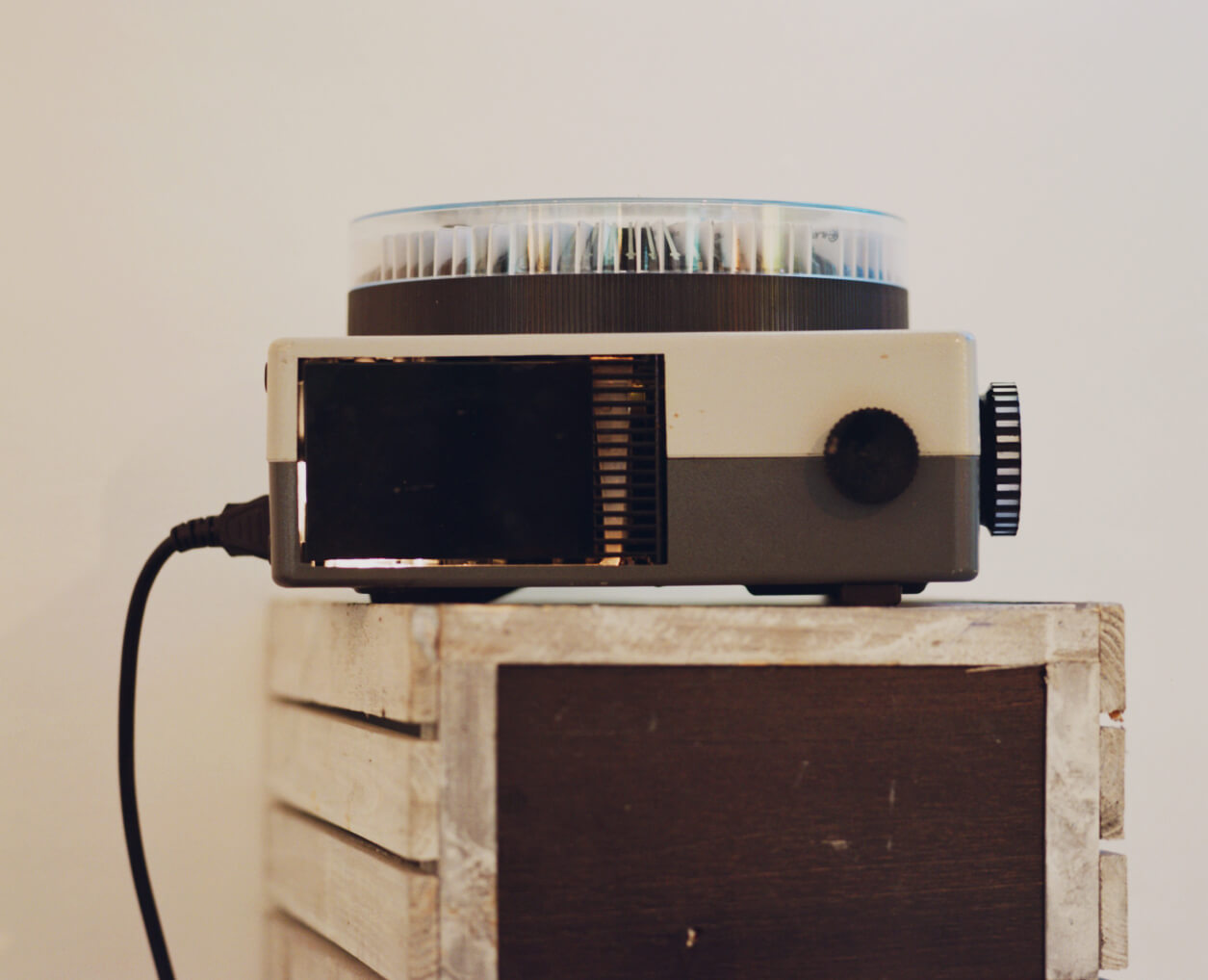 How did it come about?
JB: We were initially introduced to YMC via one of our museum patrons, Mia of Machine-A. Mia has been an incredible supporter of the museum and definitely deserves a shout out. Our archive is actually based in Printworks, the nightclub in southeast London, so the moment we had a meeting in our space, the image edits started flowing. And the YMC team had a really strong vision about what they wanted to achieve, which always makes things so organic and authentic.

Do you have a favourite from the designs?
JS: I love the screaming girl by Brian Sweeney. It just feels like she is letting it all out; it’s brilliant. But all the pieces are great. It’s amazing to work with a very different set of images to the normal safe designs we see every day. YMC have done a great job and been lovely to work with.

JB: I love all the shots; I think my original favourite was the Gavin Watson teeth-gritted kid. But over time, the one I probably preferred least is now my favourite – the fetish couple kissing, by Simon Norfolk. I just think it’s so cheeky and provocative, and I love it.

YMC is 25 years old this year. And to help us celebrate, we’d love you to complete the phrase “You Must Create …
JS: … or everything will be really, really boring.
JB: Agreed!