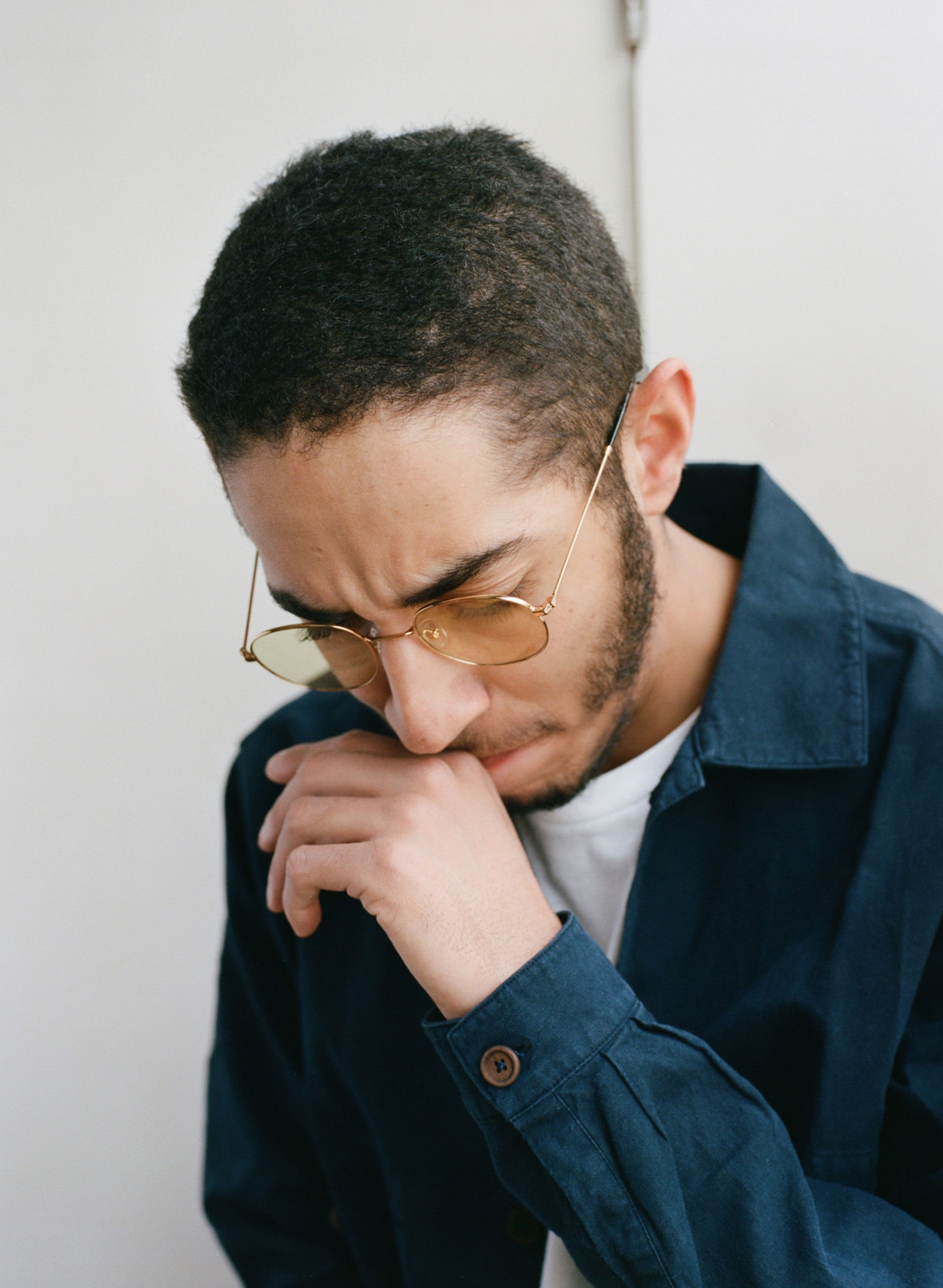 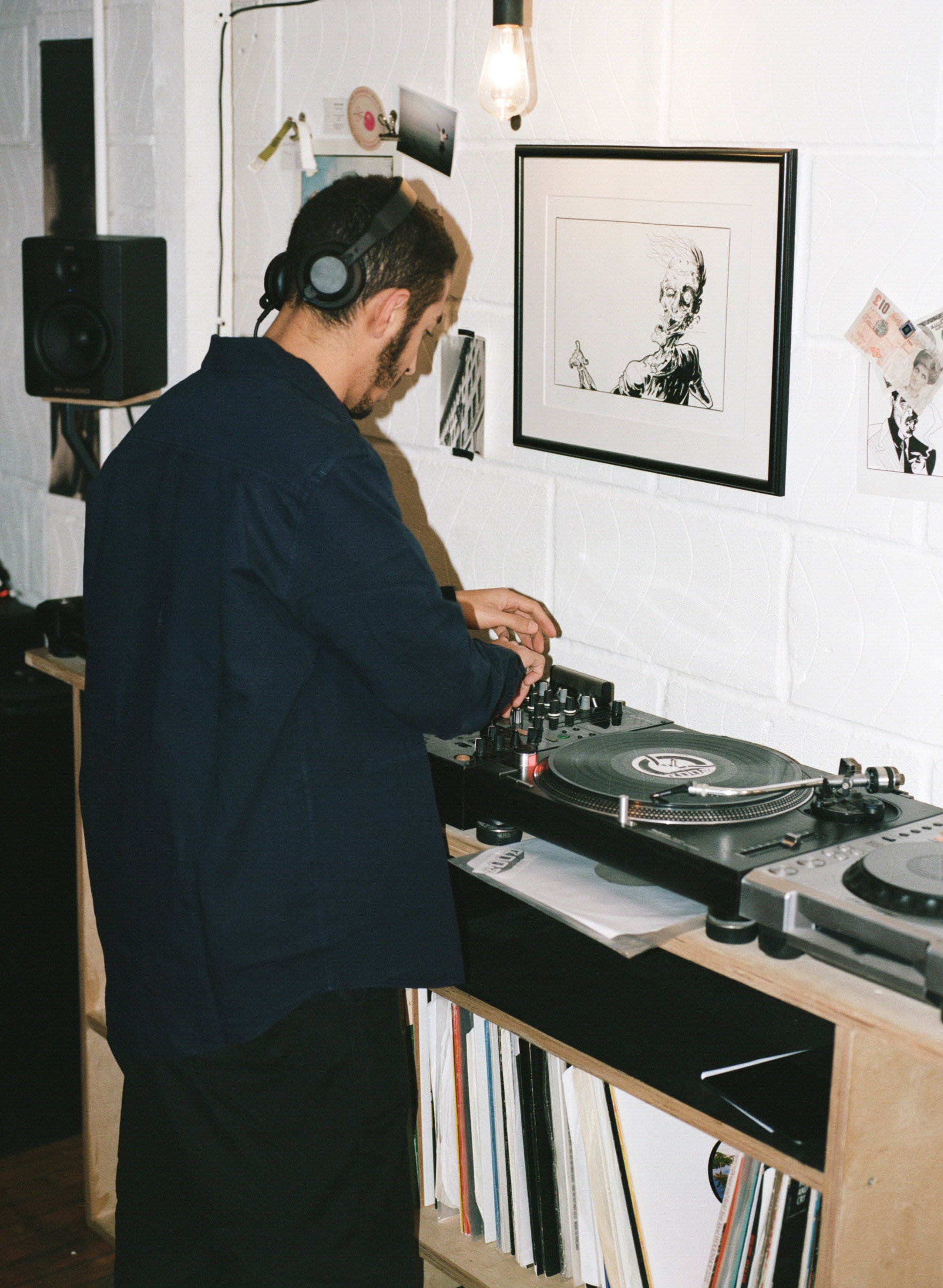 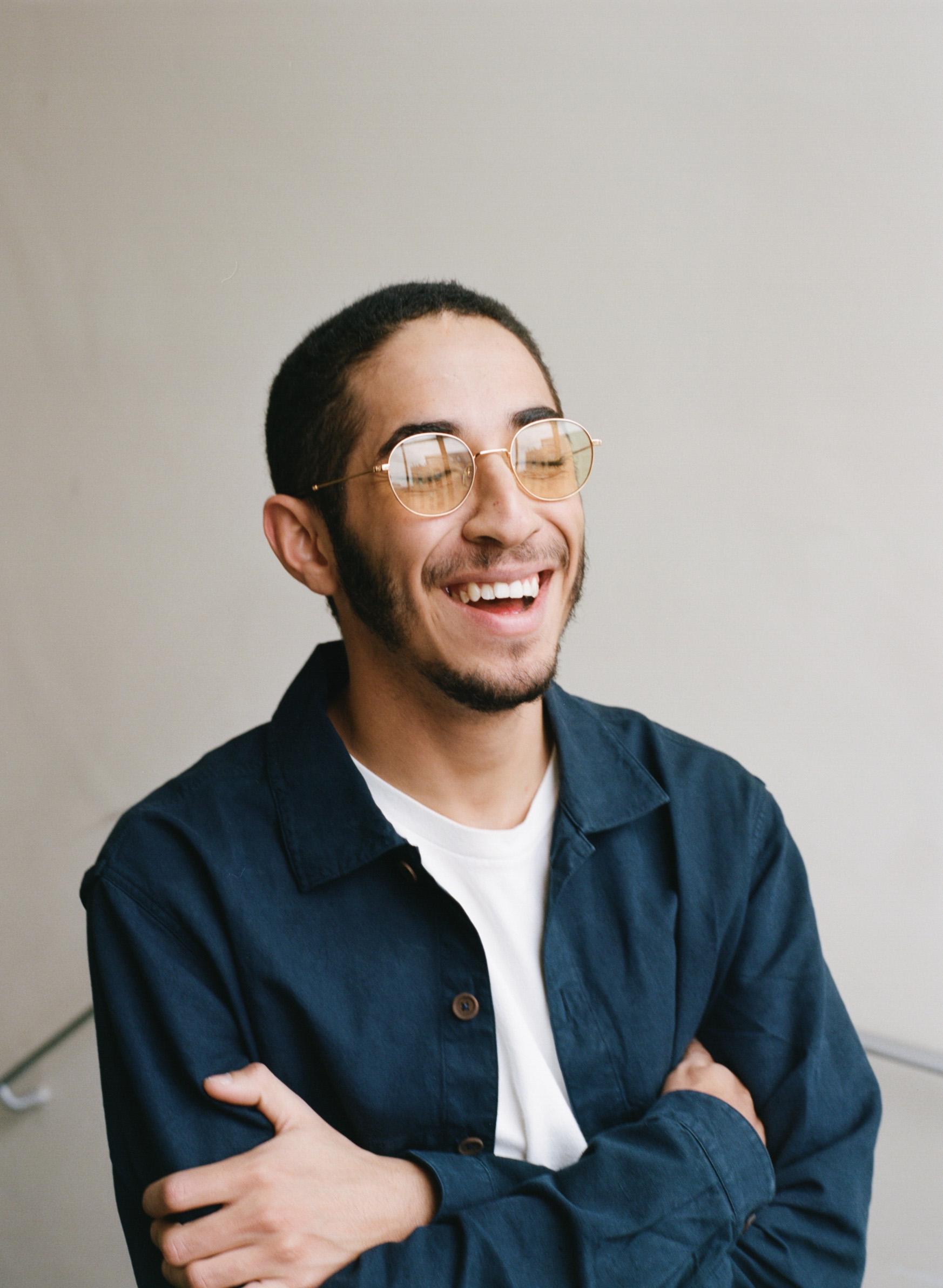 Yo, yo! Really good man, thanks.

You’ve just released your latest single N-1. It’s got touches of some of the electronic music of the 90s and early 2000s. How would you describe the music you make?

My music’s a bit all over the place to be honest. Classic, feel good house would be what I’d describe it as. Early Daft Punk, Le Knight Club and the whole Crydamoure/French touch scene got me hooked on making this sort of dance music. So its always a point of reference for me to go back and listen to. But recently I’ve been listening to a lot more electro and breakbeat stuff which I feel is quite apparent in N-1. My parents also both have an incredible taste in music. My dad especially put me on to a lot of old soul, funk and reggae records. He’s my go to if I need sample inspiration.

When did you first start making music?

I’ve played the guitar and been in bands since I was about 10. When I left school I bought my first laptop and put Fruity Loops on it and tried making grime and dubstep beats. Fast forward a couple years and thankfully my taste had matured a bit. It must have been about mid-2015 when I met Ali Tremlett (now one of my best mates and also part of the Mutual Trust crew) at my local skatepark. We got along like a house on fire and hung out quite a lot. Eventually it came out that he DJ’ed and that I was producing. He convinced me to try and make house music which was a bit daunting to start with as I’d never even thought about trying dance music. It was pretty atrocious in the beginning but eventually I made a tune called ‘Devotion’ which sampled Earth, Wind and Fire. I sent it to him and he really liked it and ended up playing it out which at the time for me was nuts. That was the point I was, like, ‘I should probably keep going at this’.

Where does the name Hyasynthe come from?

I used to have a really terrible name as my Instagram handle and I ended up using that to begin with. Right around the time I started taking things a bit more seriously I moved out from my parents house to my own place. Basically my grandmother had brought me a Hyacinth as a housewarming present as it was her favourite flower and it made the place smell incredible. That same week I got booked by a friend for my first show and I wanted to come up with a name because I couldn’t bare seeing my old one on a poster. I was racking my brains to come up with something clever but eventually it clicked and Hyasynthe became a thing.

So you DJ as well?

Yeah, so before I moved here I used to come down to London and stay with Ali and his two housemates, Ben and Otto. They had a pair of Technics 1210s set up in their living room. Those guys are super good DJs and I’d always ask for a go on them whenever I was over. Eventually Ali taught me how to mix records on vinyl. When those guys started putting on nights in east London, I’d end up playing with them too. I play the same sort of stuff I make but it’s always a mix up of house, garage, disco and techno which is always bound to get people moving.

Mutual Trust are the boys. Actually I was a late joiner to MT. Not long after I met them, Ali, Ben and Otto started their own label, BMCT. They threw a couple of release parties under the moniker Mutual Trust at Haunt in Dalston. Both parties went off and were a hit. We’ve done quite a few parties now; we’ve had nights with Loods, Jossy Mitsu, Braga Circuit and Adryiano. Last year we met Joe from Four Heads. Both crews got on super well so we decided to throw a Mutual Trust x Four Heads Christmas Bonus party. This summer we’re trying to go a little bit bigger. We just announced a summer show at The Yard in Hackney Wick with Central and Supreems on 26 July. It’s the biggest party we’ve done yet so we’re all quite excited.

And you have a radio show too.

What do you think of the club scene in London right now?

One of the reasons I moved to east London was to get closer to the scene but pretty much everything is gone now. I’m not sure what’s going on honestly. In the time I’ve been here, Dance Tunnel, Alibi, the Nest, Haunt and Emily’s Bar have all shut which has kinda burst the little Kingsland Road bubble. It’s a shame because these places were great. Without throwing shade at any of the other establishments on that road, there’s bars and clubs that I can’t believe have outlived the good ones or even replaced them. To think that there’s more of an audience for a wizard-themed bar in Dalston over a staple of London nightlife blows my mind. Regardless, I do think the scene is still there. Places like The Cause, Five Miles and FOLD opening up have been a godsend for us. Not everyone wants to fork out 30 quid every weekend to end up in a superclub so these venues are a really nice middle ground to have.

We seem to be in a really exciting era with music right now.

Yeah there is a bit of a musical renaissance 2.0 going on, isn’t there? I think laptops completely changed the game in that respect. There’s people out there that 20 years ago wouldn’t have had the capability of producing at all and now, you’ve got guys like Steve Lacy producing whole albums with an iPhone. It’s pretty nuts. Technology really accelerated the learning curve of becoming a producer or DJ; it was bound to happen eventually. A lot of barriers that were unintentionally put up by the recording industry have pretty much evaporated. If you want to make music the time to do it is now. For a beginner, the entire process from making a track, mastering it, creating the artwork and releasing it can be done completely off of one device. And because it’s consumed through the same means, its not a case of going into HMV with some pocket money and buying a CD, or spending an entire evening trying to sync your iTunes library to your iPod anymore. You can just whack what you’re looking for into Google. And you’ve got YouTube, Spotify and Soundcloud links galore.

After the gig at The Yard with Central and Supreems, my main focus is to get a lot of these tunes lined up for a release on wax and just enjoy the summer. 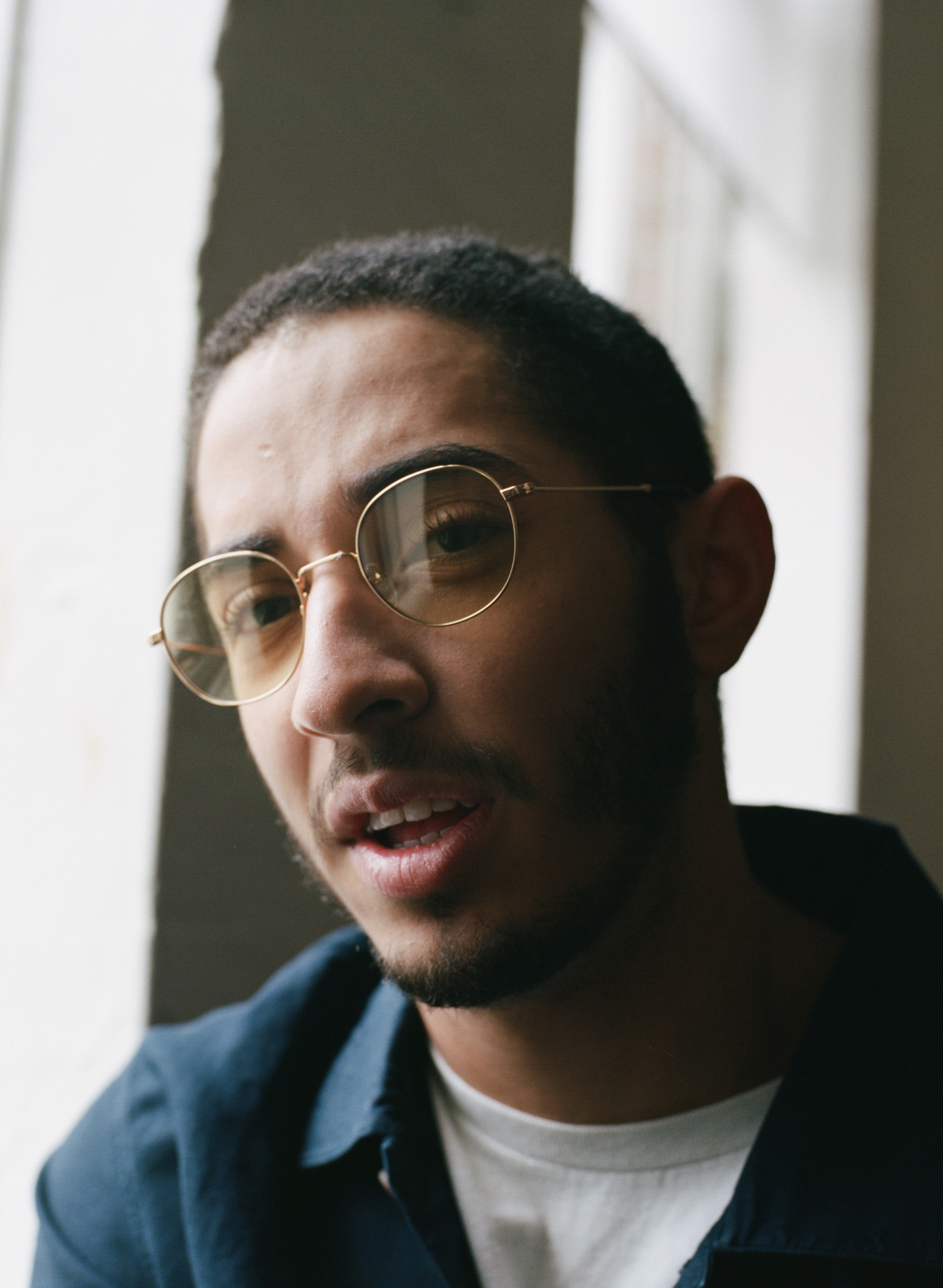 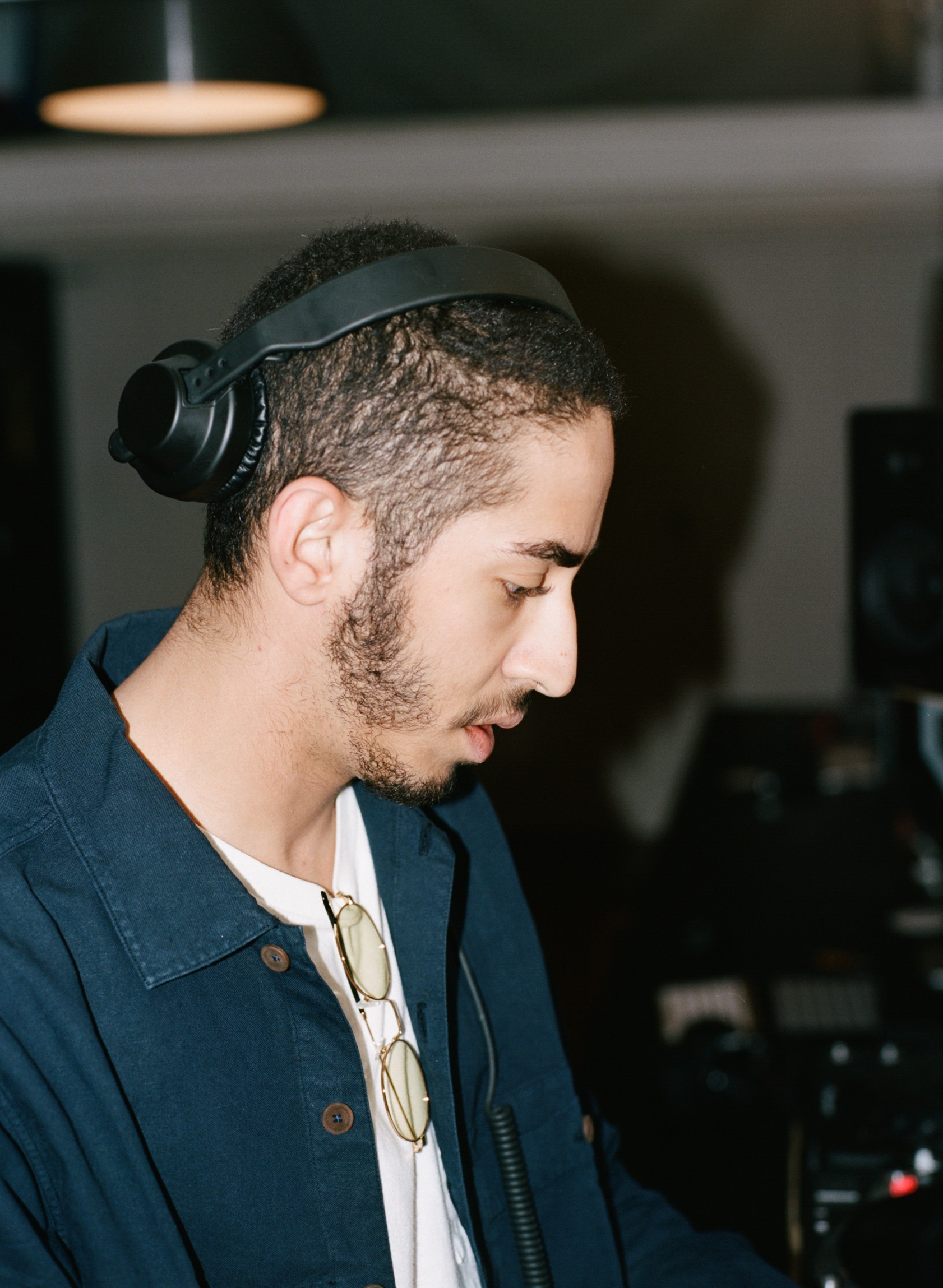