Luke Una has been lighting up dance floors since the 80s when he found himself at the heart of Manchester and Sheffield’s burgeoning rave scenes. Over the decades since, he’s followed the rave wherever it’s taken him, becoming a sought-after purveyor of good vibes from the beaches of Croatia to Gilles Peterson’s erstwhile radio station Worldwide. We caught up with Luke to discuss his newfound Instagram celebrity, his relationship with sobriety and the magic of beef stew. 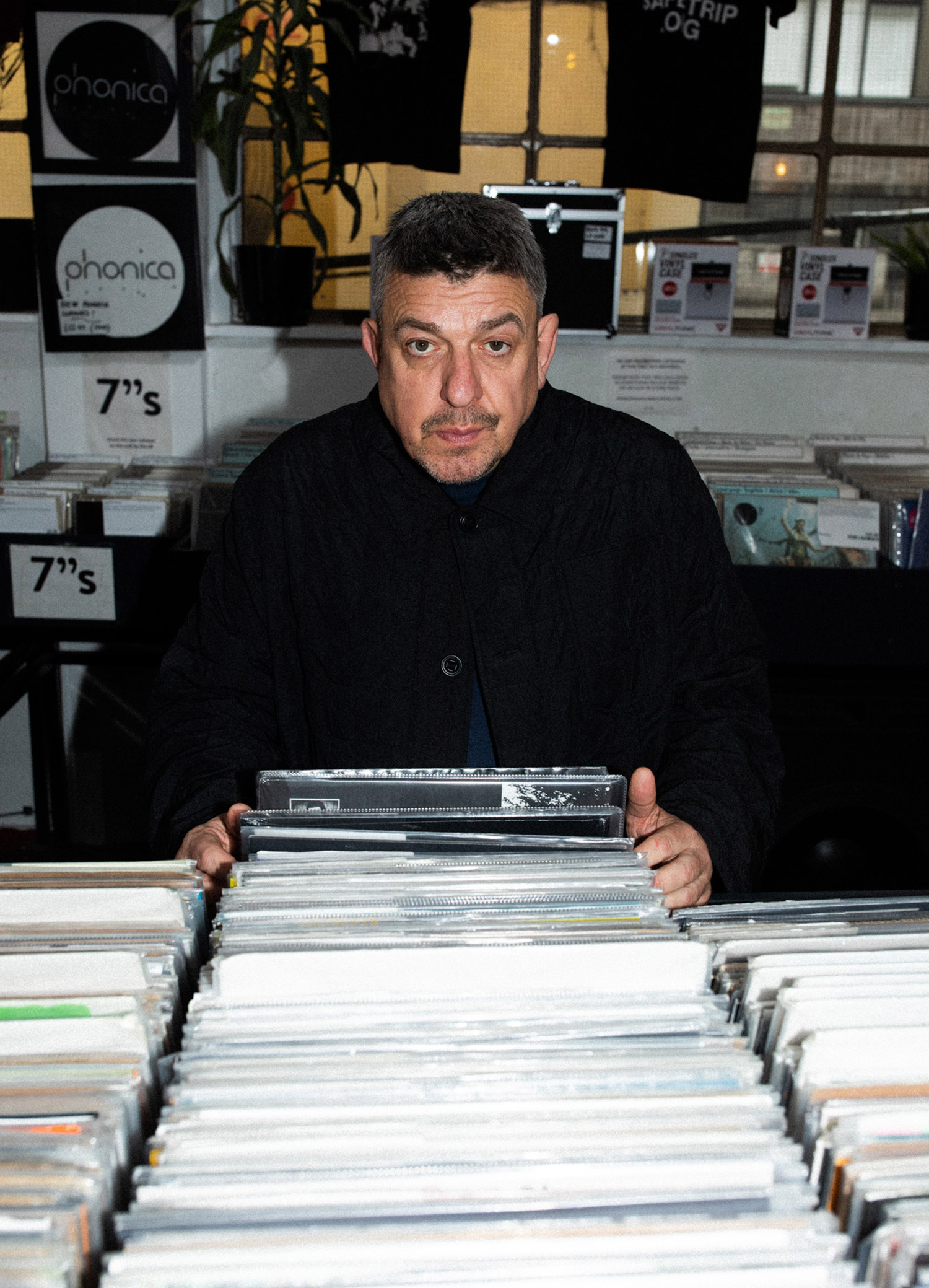 You’ve become somewhat of an Internet sensation, hailed by fans as “South Yorkshire’s answer to Samuel Beckett”, for your drily existential takes on modern life. What inspired you to start making videos and posting them on Instagram?

I just fell into Instagram, I dunno why. It seemed less toxic than Twitter. Less virtue signalling, less angry. For whatever reason, I felt comfortable there. I started talking, then couldn’t stop. That led to me doing a monthly radio show for Gilles Peterson’s Worldwide radio station and I got beautifully lost in it all. I didn’t edit my thoughts, I just let them flow. Life, love, loss, music, food, daily observations, my struggles with ADHD. I was very honest. It felt cathartic and liberating to kinda just stand there, naked, and talk. I know some people found it cringe or attention-seeking but I couldn’t stop. It was like I’d let some genie out of the bottle. And in a way, I didn’t mind.
Have you ever considered doing stand-up?

No, never. I’m not that funny. I’m really not. I’m funny at 6 am on Monday morning, on a few Es at an afters in Ancoats, when no one else can speak after staying up all weekend. But I’m comfortable within my own stream of consciousness, wherever it takes me. I see it like a gigantic audio scrapbook, live on Instagram. I don’t mind if I look a prick or a rant doesn’t. I would say they’re 30% shite/annoying 40% OK and 30% pretty damn funny [lols].
You were at the centre of the iconic Sheffield/Madchester rave scenes when acid house arrived, in a flurry of strobe lights and smiley faces. Did it feel like a revolution at the time?
Yes, it did. For me, it began in 1983/4 and never stopped. Serendipitous journeys leading to moments of explosive effervescence; times when everything seemed to come together to create magic. An alchemy. I call these places lay lines. Living in Hulme and Manchester during acid house was one of those. A meeting of clans who would never ordinarily have met. It was beautiful. But it keeps moving on, it doesn’t stop. I’ve experienced it in Sheffield, Croatia, Berlin, Barcelona, New York, Mexico. 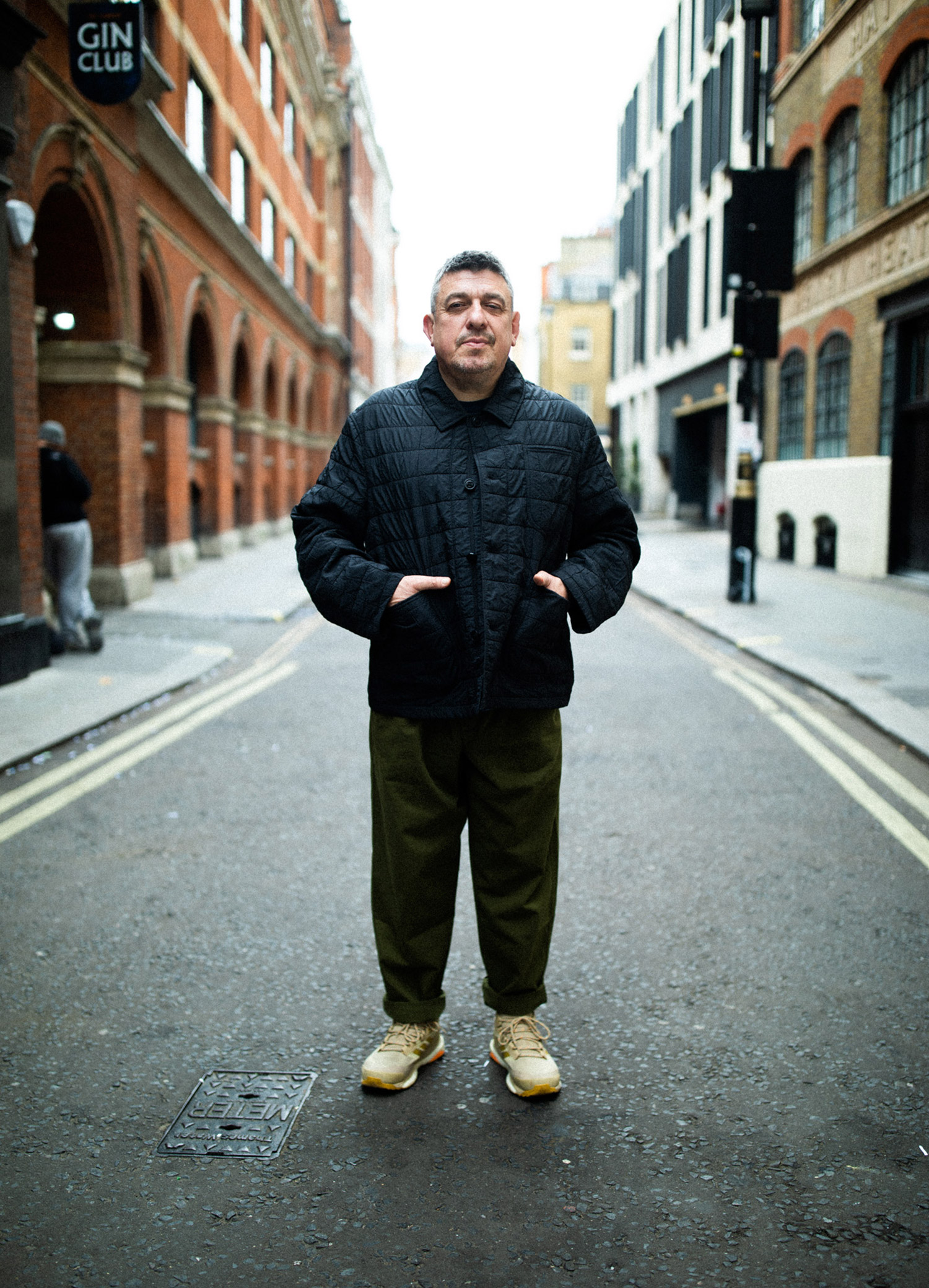 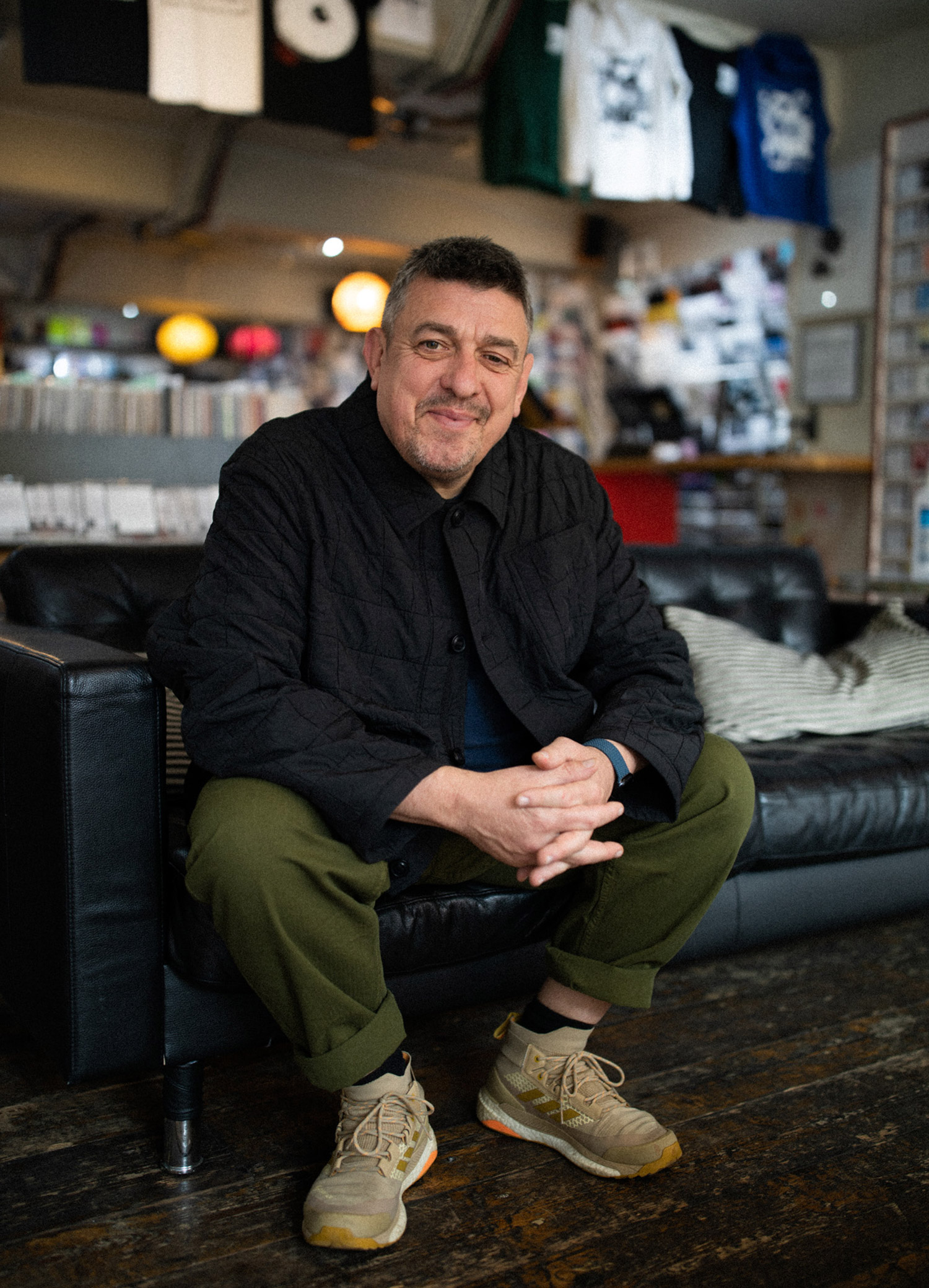 Do you have any pre-show rituals?

Not really, no. Just breathing and chilling. I’m on the Hibiscus teas these days. I always listen to the DJ that’s on before me, so I can feel the room and get it right.

I love clothes. I’ve always been into clobber, from my youth. I’m not ashamed to say I’m a peacock. I’m also really tribal about it. I know that sounds like a load of vacuous bollocks and almost a fickle thing to say but it’s the way I’m wired. Most lads I know, gay or straight, were madly into clothes. Not in an ostentatious way.

In fact, in the 1980s northern football casual lads were always “dressed down“. TBH It was a big Manc thing first, I remember seeing all these Mancs in 1983 in Ralph Lauren jackets and it blew my mind. They were kind of scruffy in a good way. Mixing it with cords and Clarks. When you look at pictures of Happy Mondays in 1985 they had that look down to a tea. Forget all that Madchester nonsense.That was the real look. When I arrived a year later The Happy Mondays and Cressa were really mixing up that dressed down look.

There was a group of Sheffield lads Tony Canetti and Smedley who were the best-dressed lads I ever saw and along with the Manchester “grafters” they set up base together in Ibiza 4 years before the acid house explosion, frequenting Amnesia in this mad proto-acid Paninari clobber. This lot were pretty much defined how everyone was to dress over the next 2 decades, bouncing around in tweed, denim shirts, Ralph Lauren, French Paraboots, pastels, C17 jeans, Clarks, Chippie, Chevignon, C.P. Company, and crew cuts. It was always about the layers and mixing it up. The alchemy. I’ve always loved the tribalism of clothes. I still do. In a way, it’s kinda naff I know but fuck it I still love eyeing up what heavy-weight Japanese denim someone’s got on, even though to the young lot I probably look like a geography teacher on ket.

Which DJs or musicians really inspired you when you were starting out?

When you and Justin (Unabomber) decided to close your iconic Manchester venue, Electric Chair, back in 2008, you observed that: “nothing lasts forever in one place. Especially clubs. We didn’t want to become a self-parody living on old glories. Kill it.” Do you think, in music, nostalgia is the enemy of progress?

Yes it can be, of course. I am nostalgic, but I hope not in a way that negates the now. Some of the most remarkable moments in my life have happened in the last decade. DJing in Croatia over the past 16 years, there have been times when it felt like being in heaven. I know that sounds over the top but I mean it.

There was a revolution, yes, but a permanent one. Nostalgia can be a beautiful thing but you have to let the memories go. It’s dialectical. You have to hold on and let go at the same time. Never ever let creativity become a pair of ‘velvet handcuffs’. That comfort restricts progress. Transcending and transforming are at the heart of all creativity. We put posters out when we killed off our club night Electric Chair saying: BOMB THE PAST AND RIP IT UP AND START AGAIN. 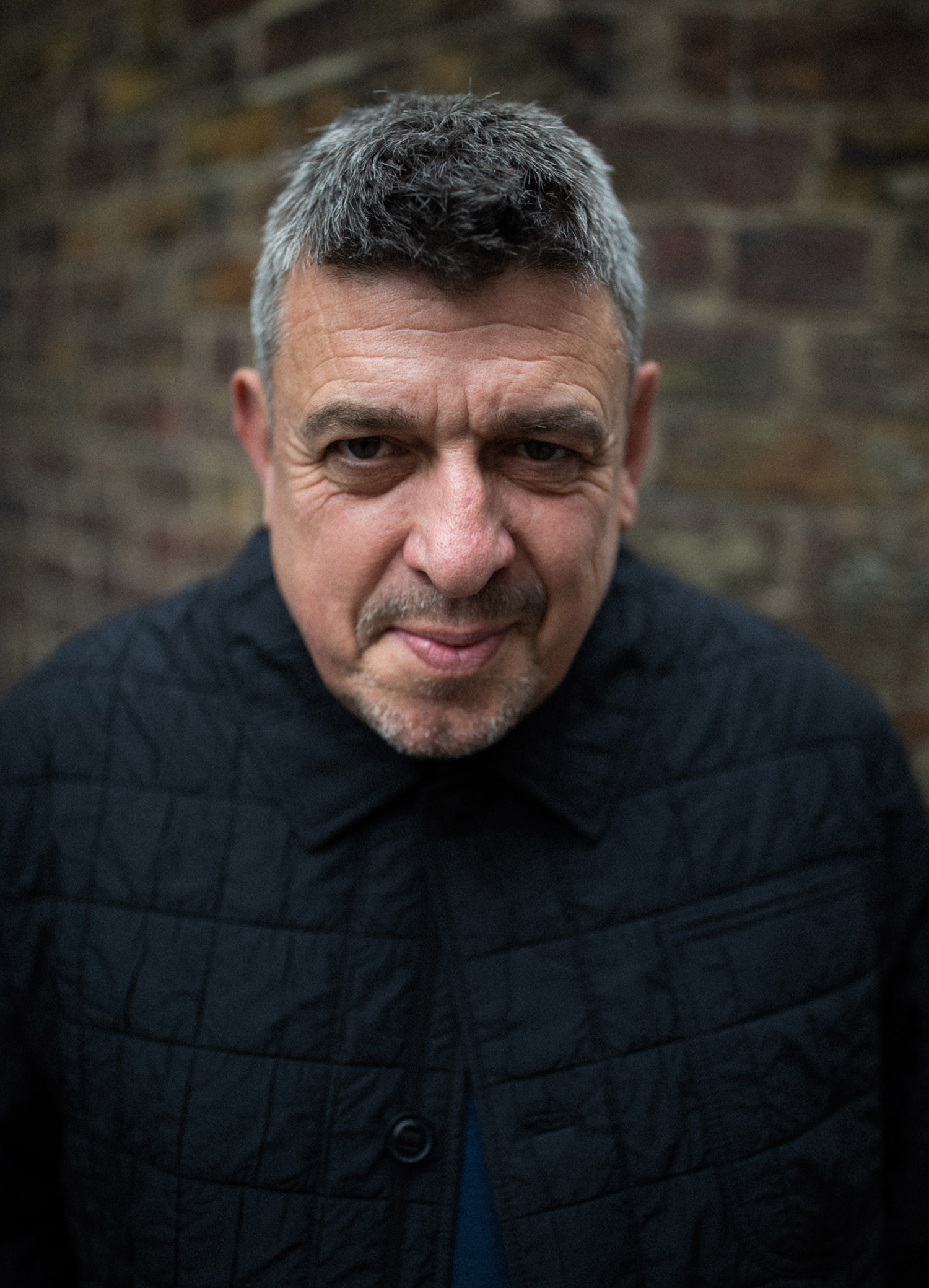 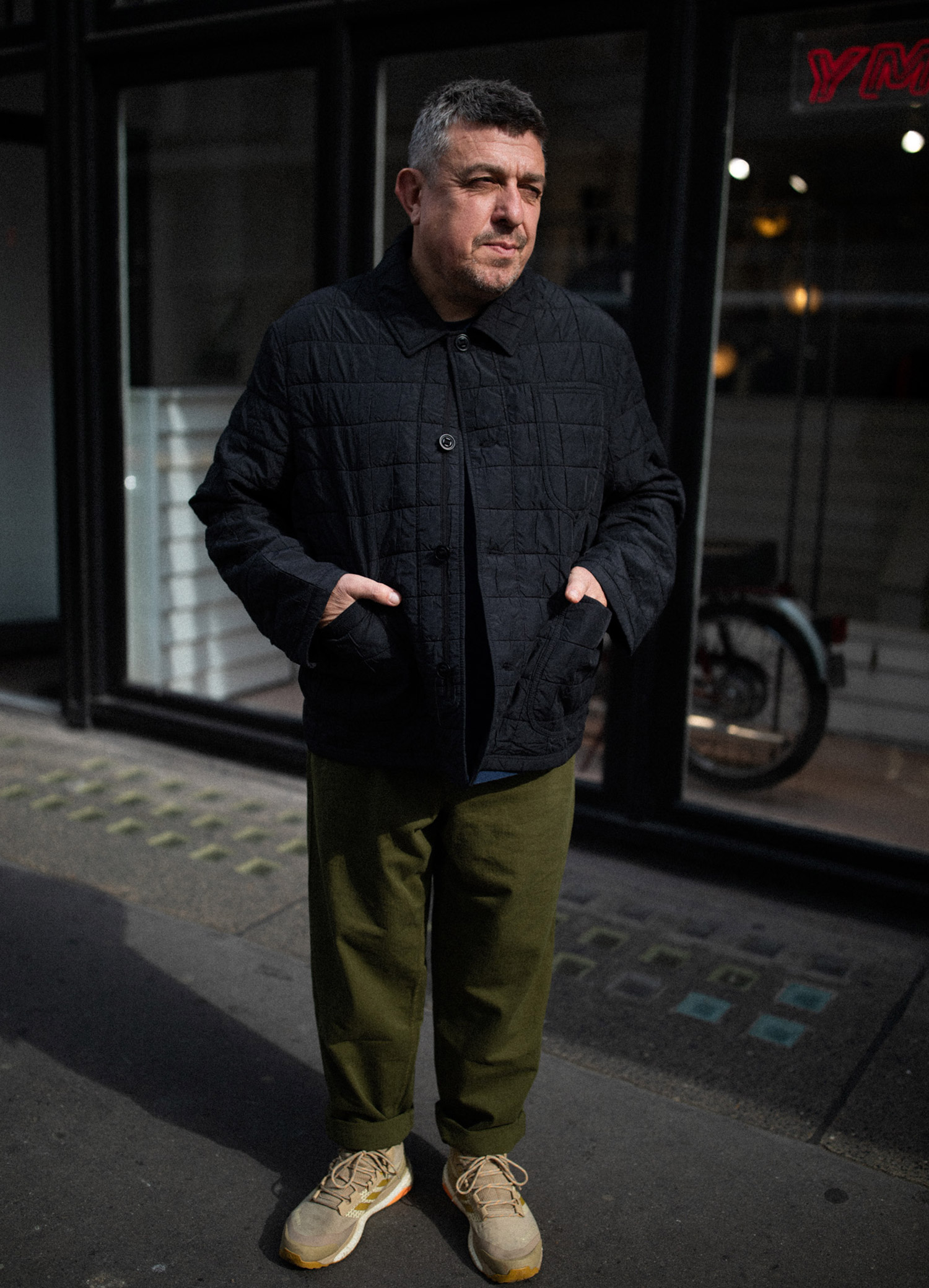 You have ADHD and have been open about your ongoing struggles. Have you found any practices or coping mechanisms over the years that work for you?

My ADHD has led me to some dark places over the past 20 years. Living with the grief of losing both my dad and one of my best mates, deep existential anxiety and a manic mind has been like torture at times. Waking up at 5 am, my mind whirring with intrusive thoughts, like hundreds of cold-callers harassing my beleaguered mind. I’ve had to learn not to answer their calls.

In lockdown, I started doing meta-based CBT training with an amazing Scouse ex-wrestler (a dude) and slowly learned to detach myself from those thoughts. I started walking everyday, doing military 5am routines, escaping, breathing, and practising Stoicism. Speaking the thoughts aloud was crucial. Never a pity party, though. That’s a dead end.

I realised there are two wolves inside my soul, one good and one bad. The one you feed wins, but you need both to survive. You have to accept your shadow self. Walk the line. Throw the bad wolf the occasional rice cake and tell it to fuck off. Don’t, for the love of Christ, feed it cocaine. That’s what inspired my initial Instagram rants. The endless struggle to break free from my own mind. My addictions. My personal failings. The seemingly inevitable Groundhog Day of fucking up and ending up leathered on a lawn alone, again. in some witness protection cul-de-sac, kicked out of the big bed. There was frustration and sometimes self-hatred, but always humour.

Humour is crucial. Making fun of the darkness, of myself. It saves me from getting sucked into one of those wellness namaste death cults, filled with faux evangelism, micro-dosing in a Californian forage commune dressed in workwear dungarees, drinking nut milk from doll-size thimbles, in a fanny-farting yoga session on Instagram. Fuck that. I’d rather drink myself to death.

Where in the world do you feel most yourself?
With my family on a cold, crisp, dry, golden, autumnal twilight after walking all day with a crunchy frost under my feet. Then home with a fire on and a big beef stew, dumplings and wine. Dogs barking. The door closed and the curtains shut. Amy and the kids taking the piss out of me. Me being an idiot. Beautiful music playing and my Dad looking down on us from above, smiling. Laughing that it took me 56 years to finally grow up. Love is the thing. Nothing more, nothing less. 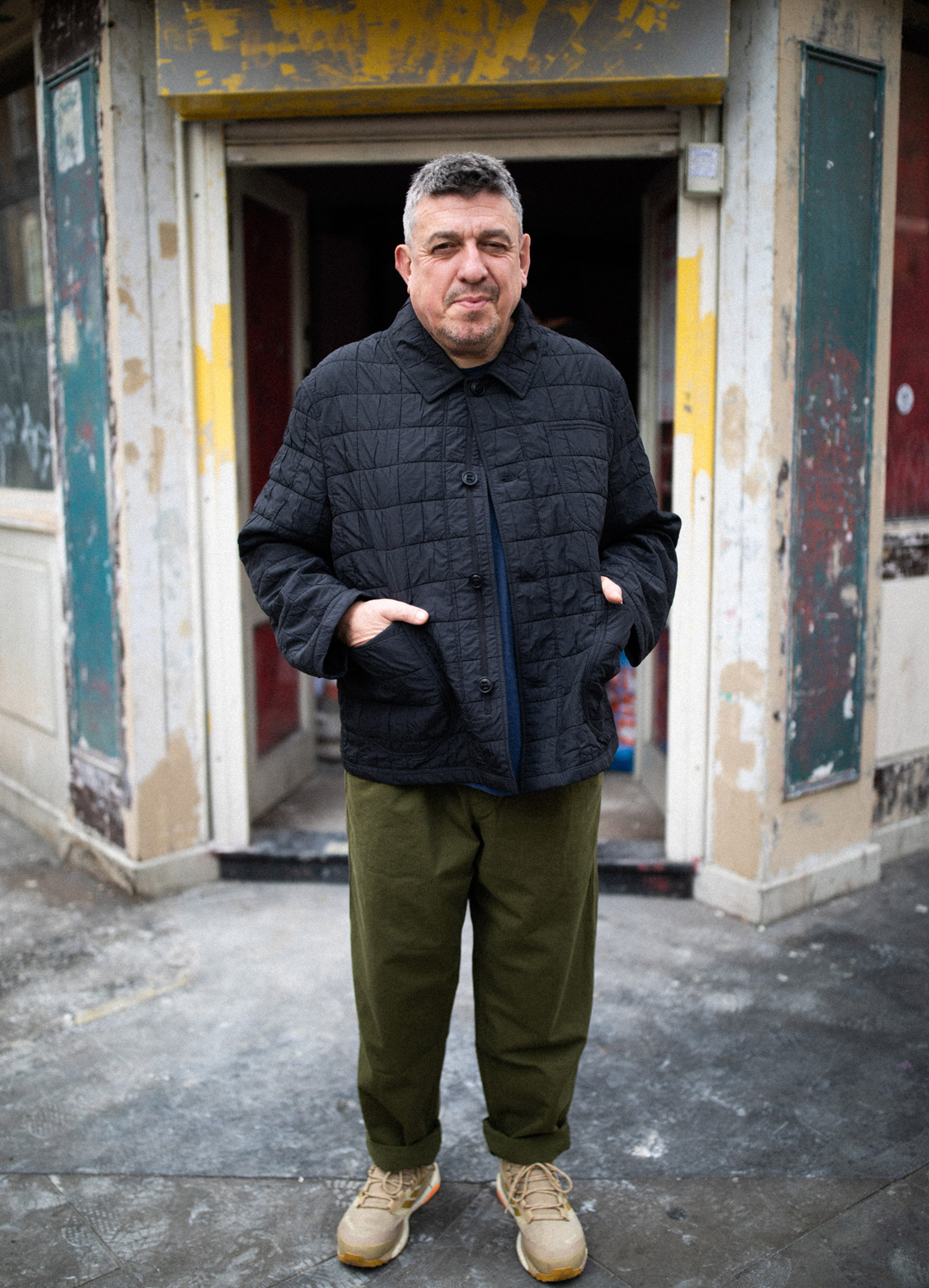 Of late, you’ve also been documenting your sobriety journey on Instagram. Does performing live feel different without that added layer between you and the crowd?

I never set out to get sober but I’m on day 88 now. I have a health issue that needs to be looked at, so I stopped drinking. I never, ever want to be one of those smug sober shithouses but it has felt good. My mind has never been more focused and, hand on heart, I’m a better DJ.

On balance, do you think social media does more harm or good?
Fuck knows. Probably more harm. Bowie got it right in 1999 when described it as both exhilarating and frightening, with the potential to become an alien life form. But despite all the toxicity and malevolence, I still believe in humanity. That said, I’ll probably end up alone in Devon, in an off-grid caravan, fist-banging on a gigantic iPad like a caveman, throwing sticks at the moon and micro-dosing nettles.

What are you listening to at the moment?
Everything. I don’t believe in new music versus old music. If I haven’t heard it, it’s new music. I never stop listening, digging or Shazamming stuff. I love it all. Right now it’s 6am and I’m listening to Swiss psych-prog jazz, ffs! I sound a right over-earnest tit I know. But there you go.

What makes you excited about the future?
Love. Faith in strangers. Serendipity. Travel. Buying dusty old tunes in back streets. Winter jackets. Walking up hills. Large fires. Making podcasts. Writing a book. More radio. Sheffield United getting to Napoli. Weighing less than 12 stone. Looking more Brad Pitt than post-crack Phil Mitchell. Leeds getting relegated. Gigantic bowls of pasta. Never ever taking myself too seriously. People finally realised that foraging was a con. Go to the fucking shops. Carrots are 10p a kilo at Aldi. Oh yeah, not getting angry. Finally escaping my ego. 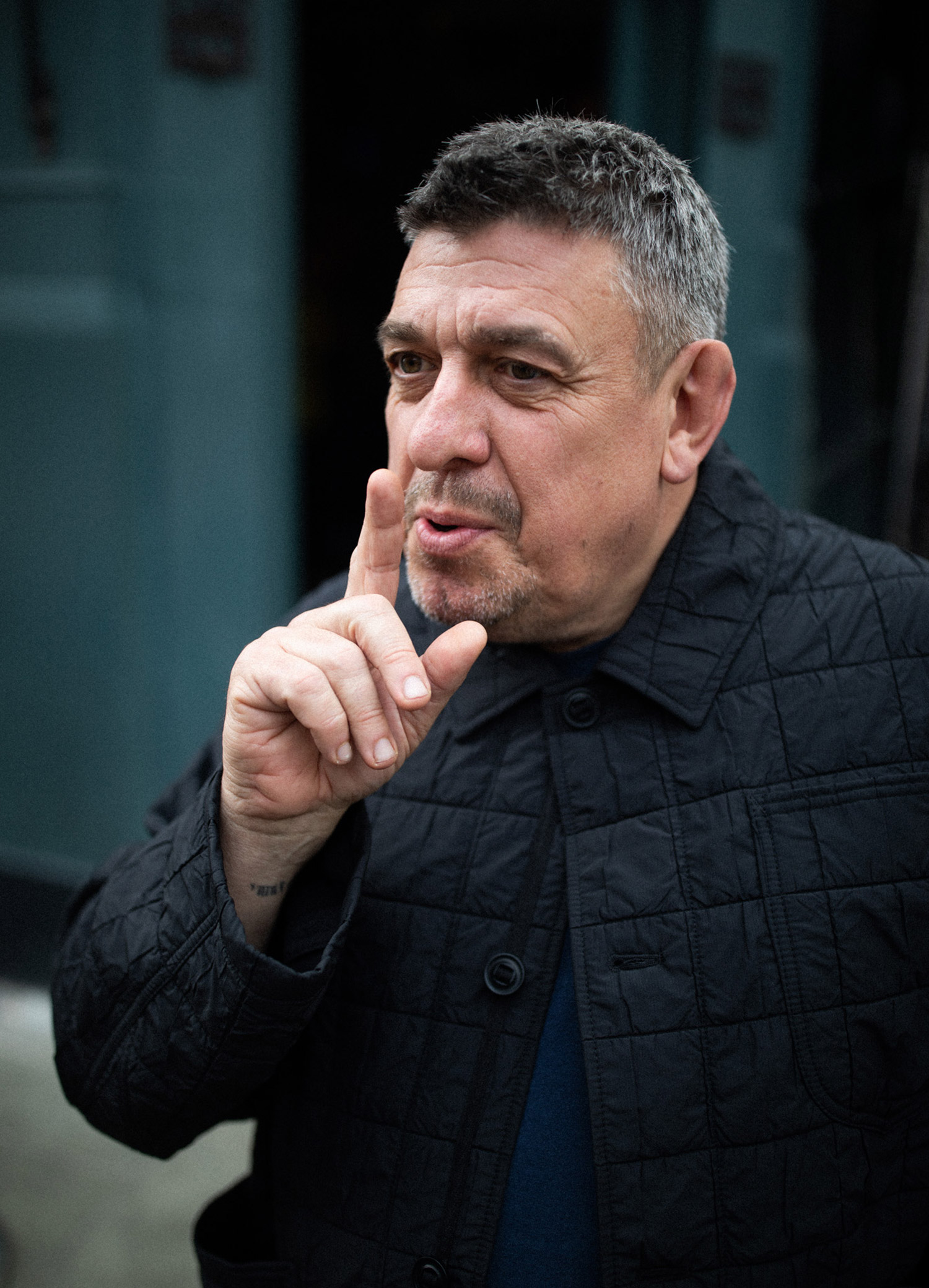 Finally, we ask all of our Journal interviewees to complete the following phrase:

We are all gonna die. It’s all on loan. Live today as if it’s your last chance. So goodness, honour, truth and love must always be at the heart. Become a better human. Don’t let your soul be corrupted by loss and defeat. Don’t become bitter and vengeful. Don’t be a cunt. Don’t become that spiteful old man who blames immigrants because your life didn’t quite work out. And being right all the time is overrated. Zoom out from our small world and realise your nation is just a small grain of sand on this infinite beach. Why the fuck would you wanna limit yourself to waving a little flag for one small pebble. Zoom out. All this shit is infinite.