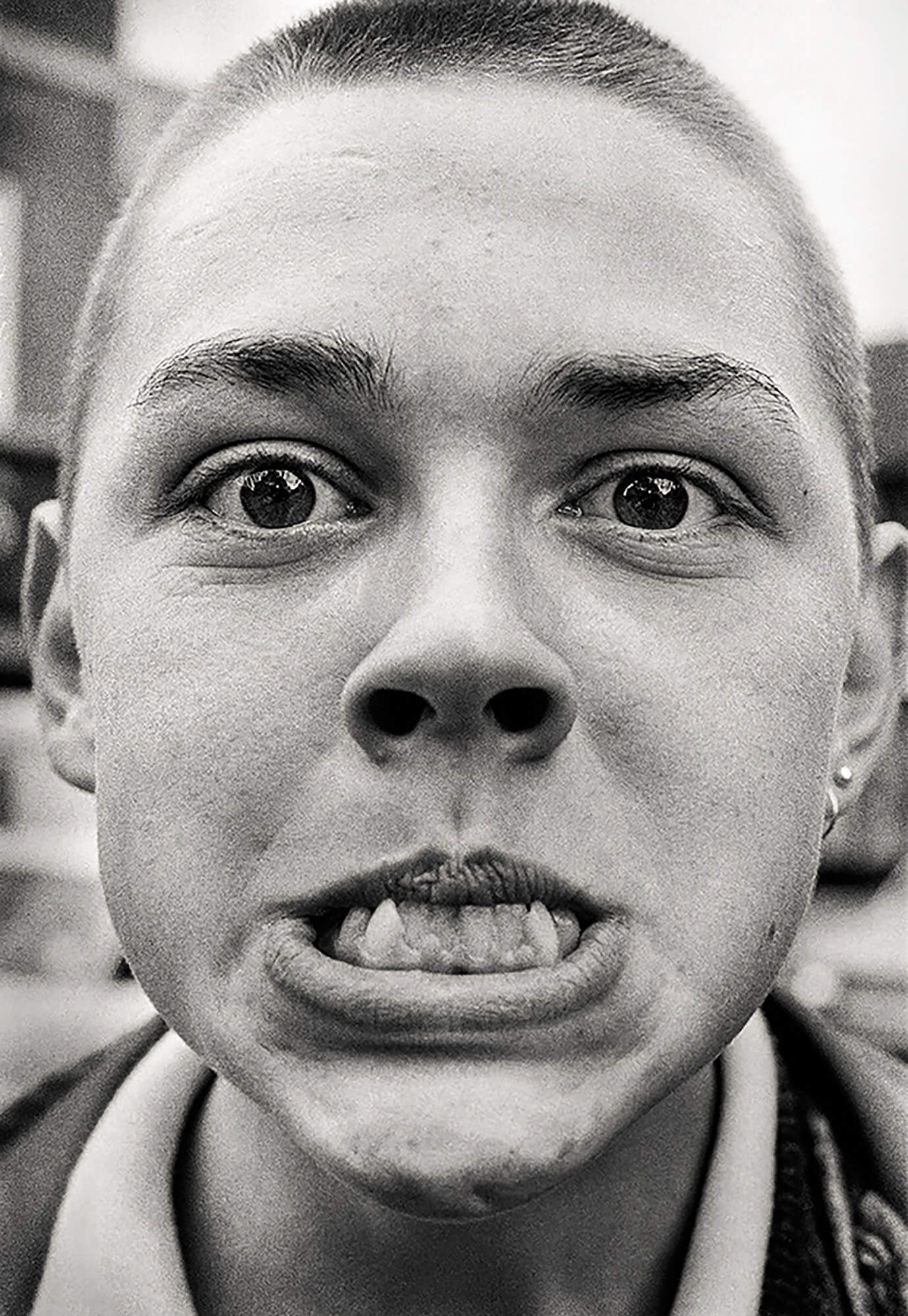 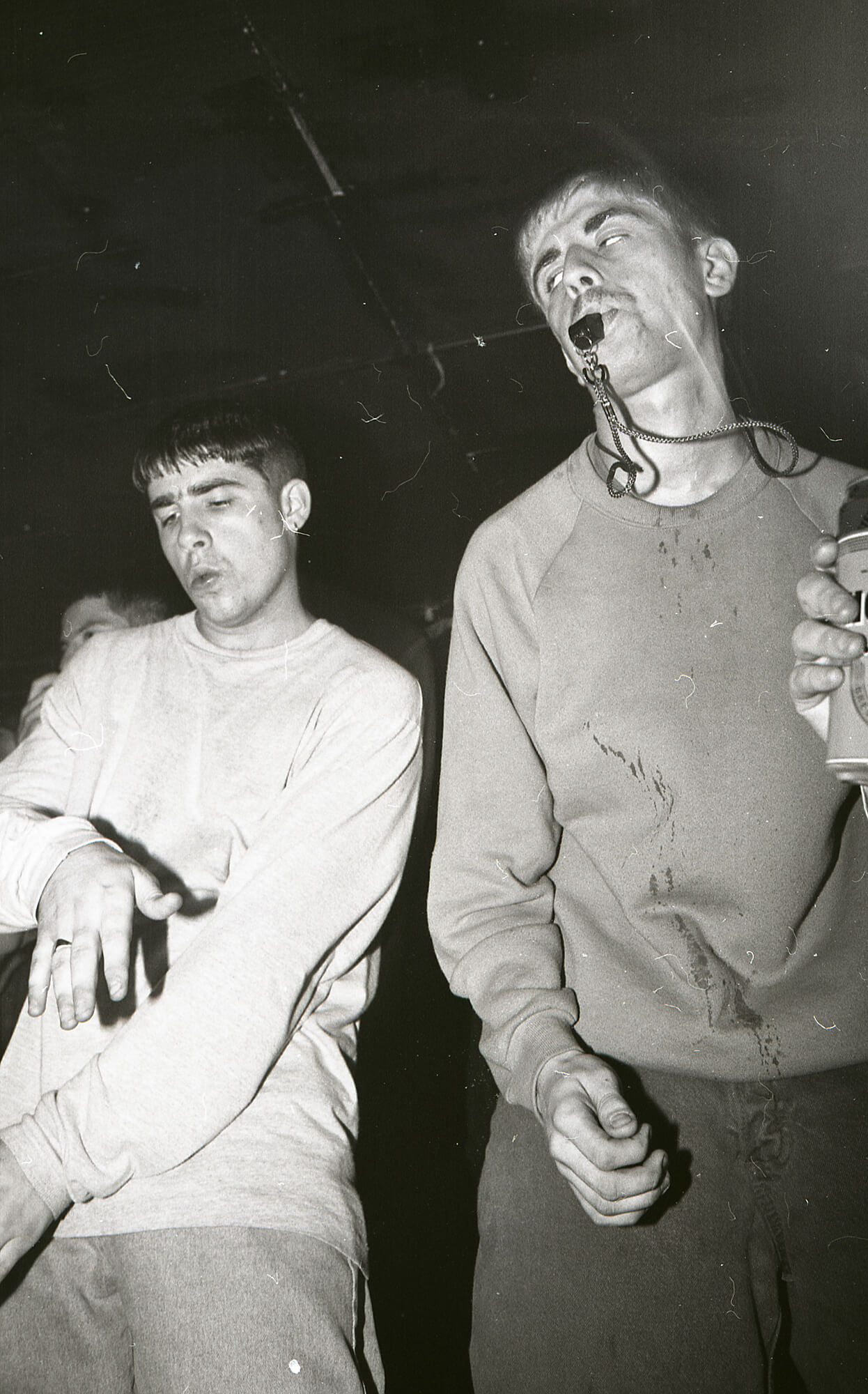 “This collaboration is close to my heart, British youth culture represented part of the building blocks that created the DNA of YMC. I may not have affiliated myself with all these youth movements but from a distance, I made note of their uniforms and took inspiration thereafter.” 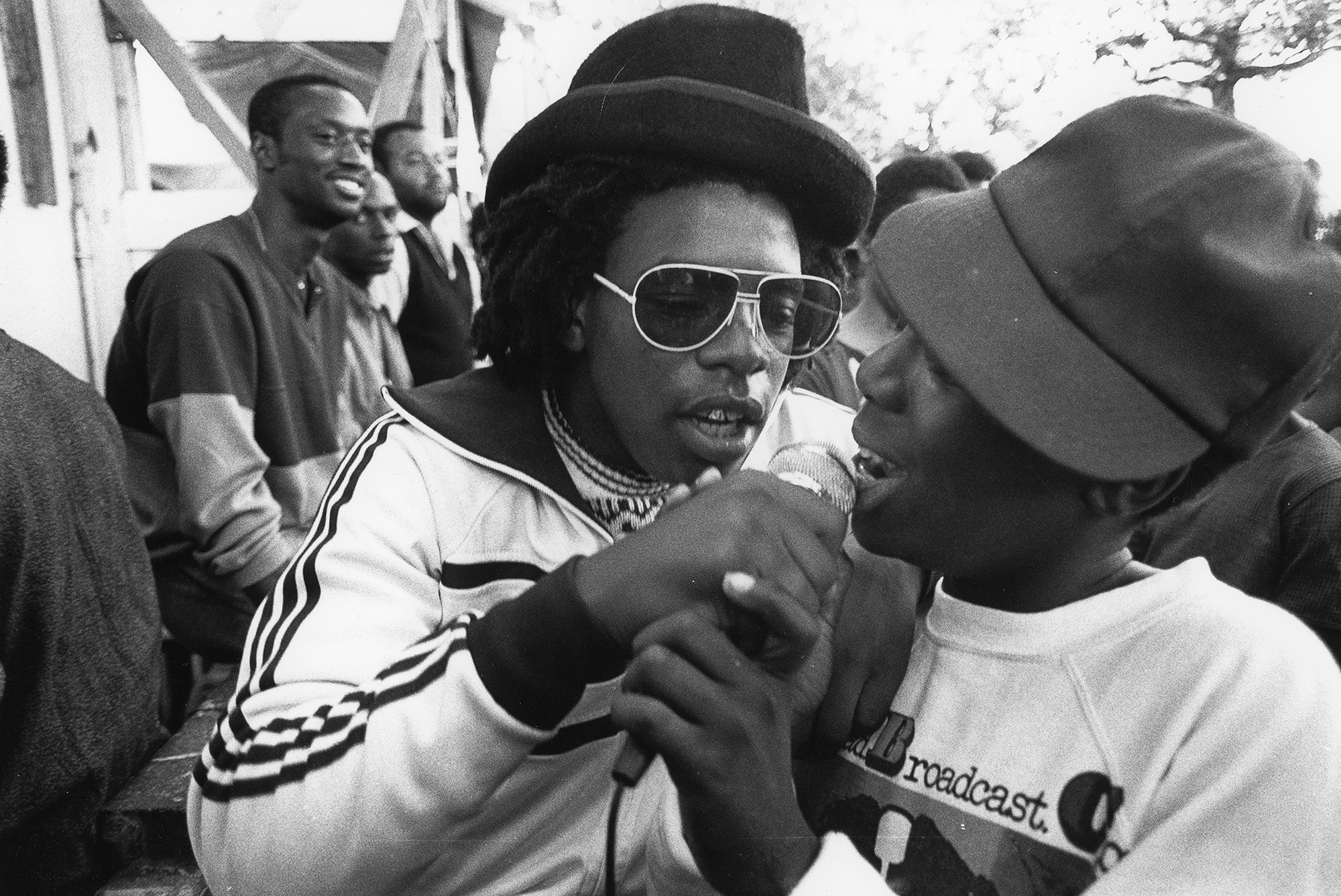 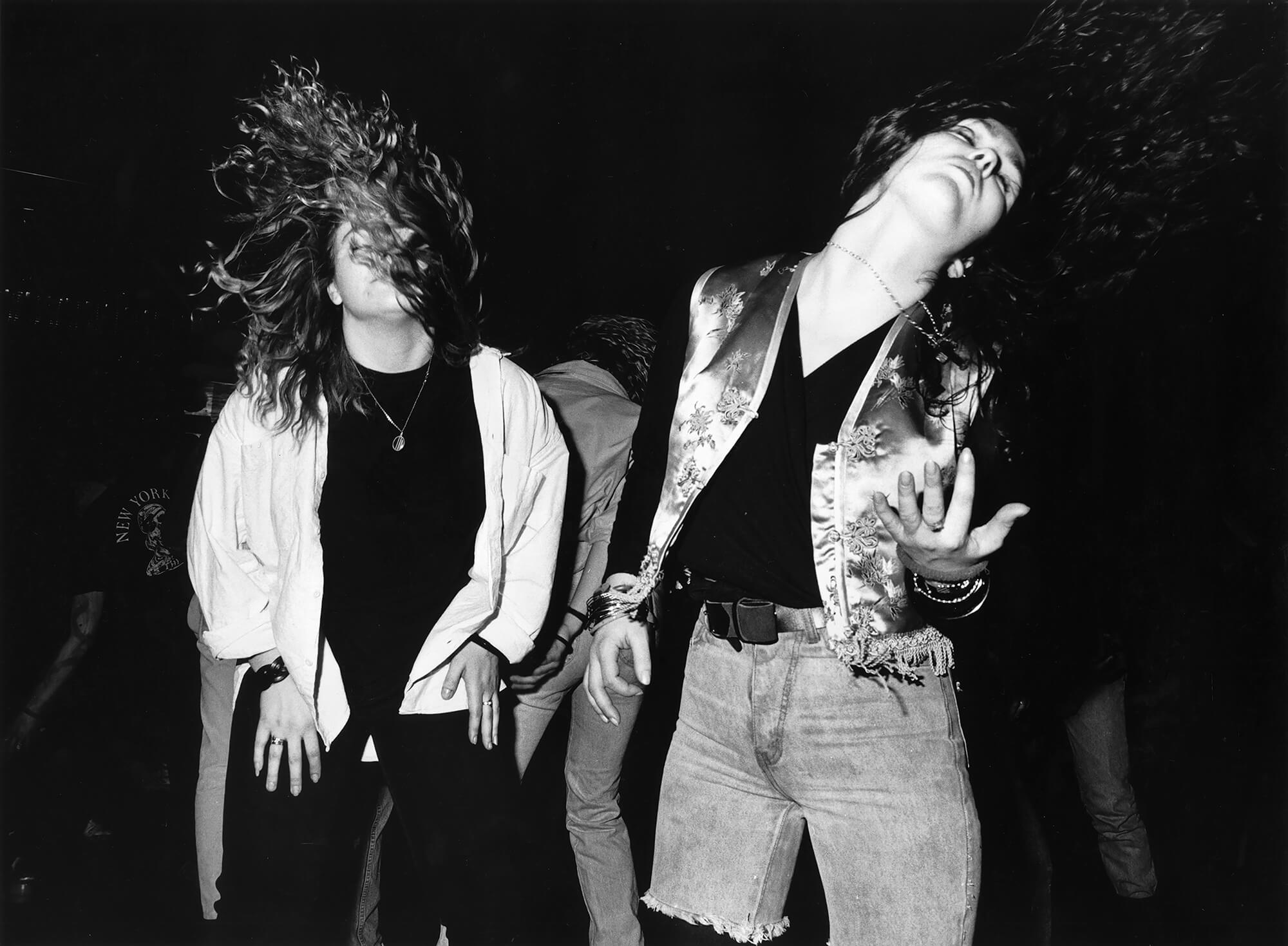 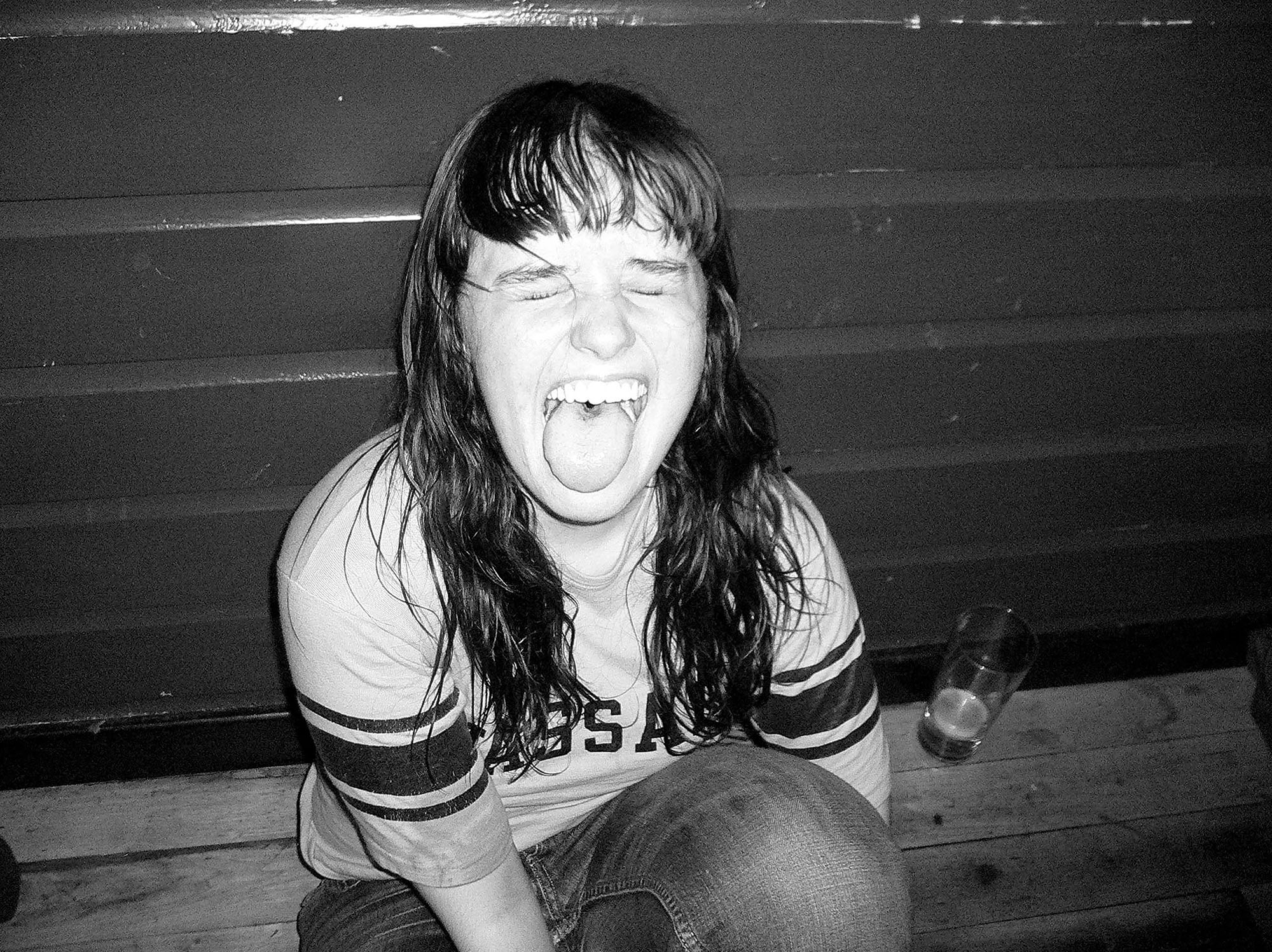 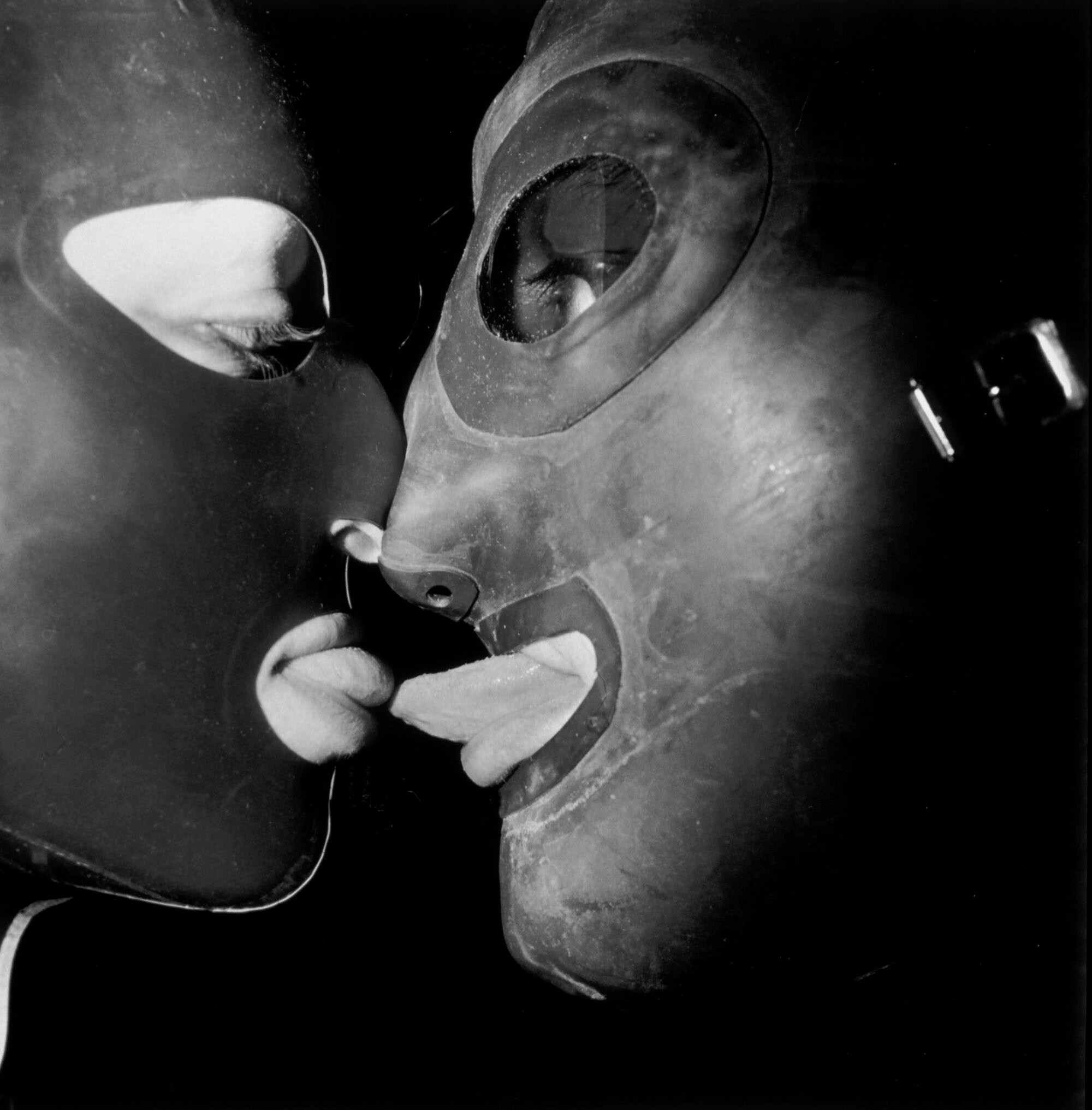 GAVIN WATSON
“That’s John Busby, he was around when I was about 15 and had an older brother Nigel who was also a skinhead. I lost sight of John for years then I saw him he was working on the railways, unfortunately I think he passed away now.”

PETER WALSH
“The photo of ravers was taken at the DJ Dave Haslam’s legendary ‘Freedom’ Saturday night at The Boardwalk Manchester along with resident DJ Tin Tin. The Face named it one of the most important club nights in the country and it ran for over five years. Dave had asked me to come and photograph the night and to put on an exhibition of the photos in the club in the following months. Freedom was a great night, everyone was really friendly and happy and the music that Dave and Tin Tin played was really pumping on the night I was there. When shooting clubs as well as the wide shots of the club itself, I liked to get right into the crowd on the dance floor and experience the night that the ravers were having. I was shooting using the Canon EOS-1 and the canon F/1.4 24mm – 35mm lens. This meant I could get a lot of ravers in the shot even though I was really close to them. I shot seven rolls of film that night and I got some amazing photographs of an original acid house night in the heart of Manchester. The exhibition at the boardwalk was a great success and its great now to look back at the photos and remember Freedom was a fantastic Manchester club night.”

PETER ANDERSON
”I went to Notting Hill Carnival in 1983 to take some photographs for NME. I was very quickly distracted from the processions by all the SoundSystems , MC s and DJ s playing the DanceHall music of the day. I loved it. So this is where I made the photograph.”

ADAM FRIEDMAN
“I was sent by i-D Magazine to shoot a story on ‘Screaming Heavy Metal Girls’ and ended up at a Heavy Metal night at the Hippodrome. I found some great candidates in the crowd, explained the story to them and ended up with some pretty good shots that had a kind of ‘Hammer House of Horror’ quality to them. Although I don’t like Heavy Metal or Speed Metal or Death Metal music, I have always loved photographing the crowds and the bands. It’s completely it’s own thing out there on the periphery of the music business, fashion and trend. I saw these two girls in the middle of the crowd head banging, totally free and thought to myself ‘wow girls playing guitars’… and took the shot.”

BRIAN SWEENEY
“Taken at an after show party at GoNorth festival in Aberdeen some time early 2000s – proper last man/woman standing time of night, and there were a few kids in the corner just having a really nice time. One of those shots from a time long by when people showed off for the camera, never got her name as she was too busy enjoying herself for conversation!”

SIMON NORFOLK
“A night of untold filth all around and yet this little rubber kiss seemed the most obscene thing there. Love it!” 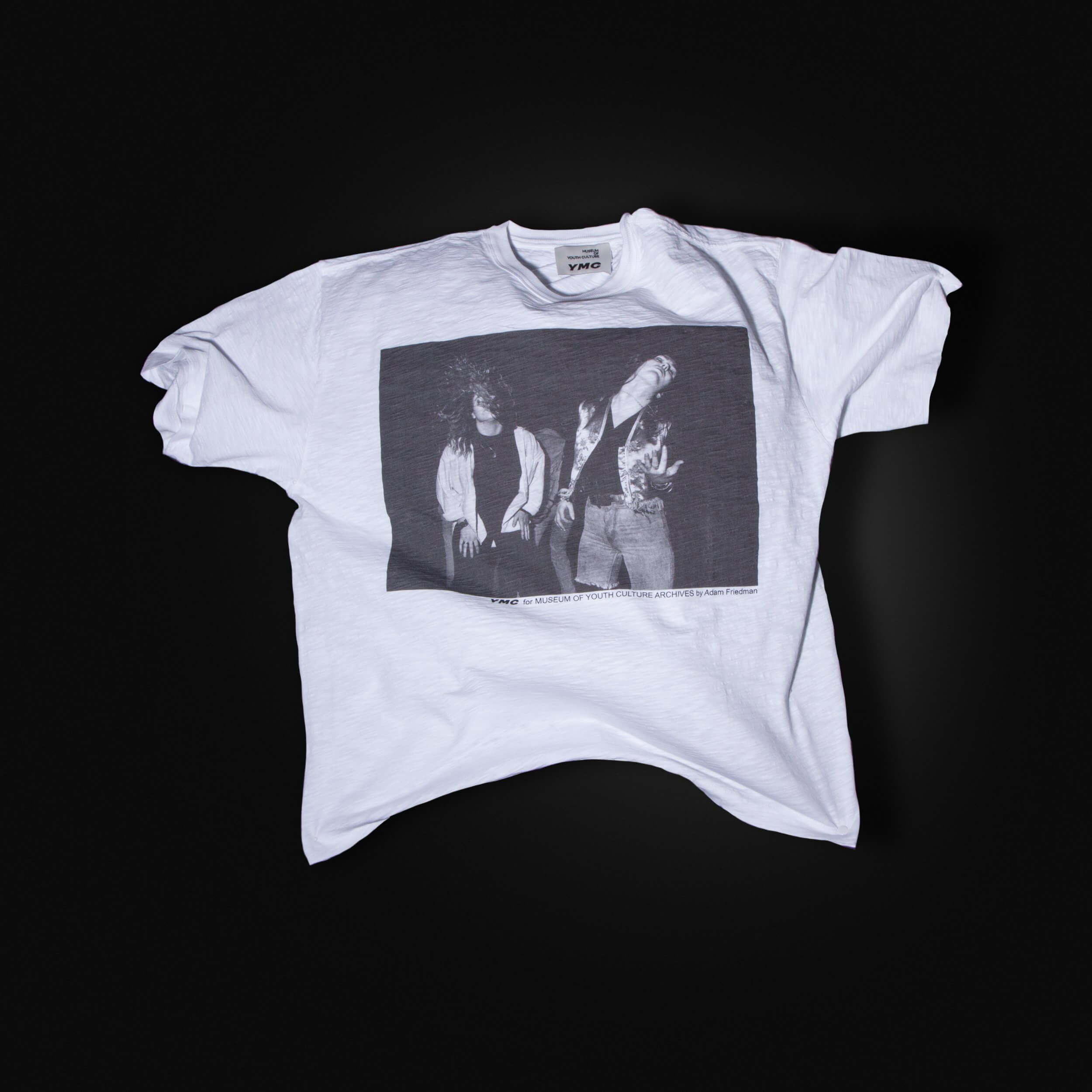 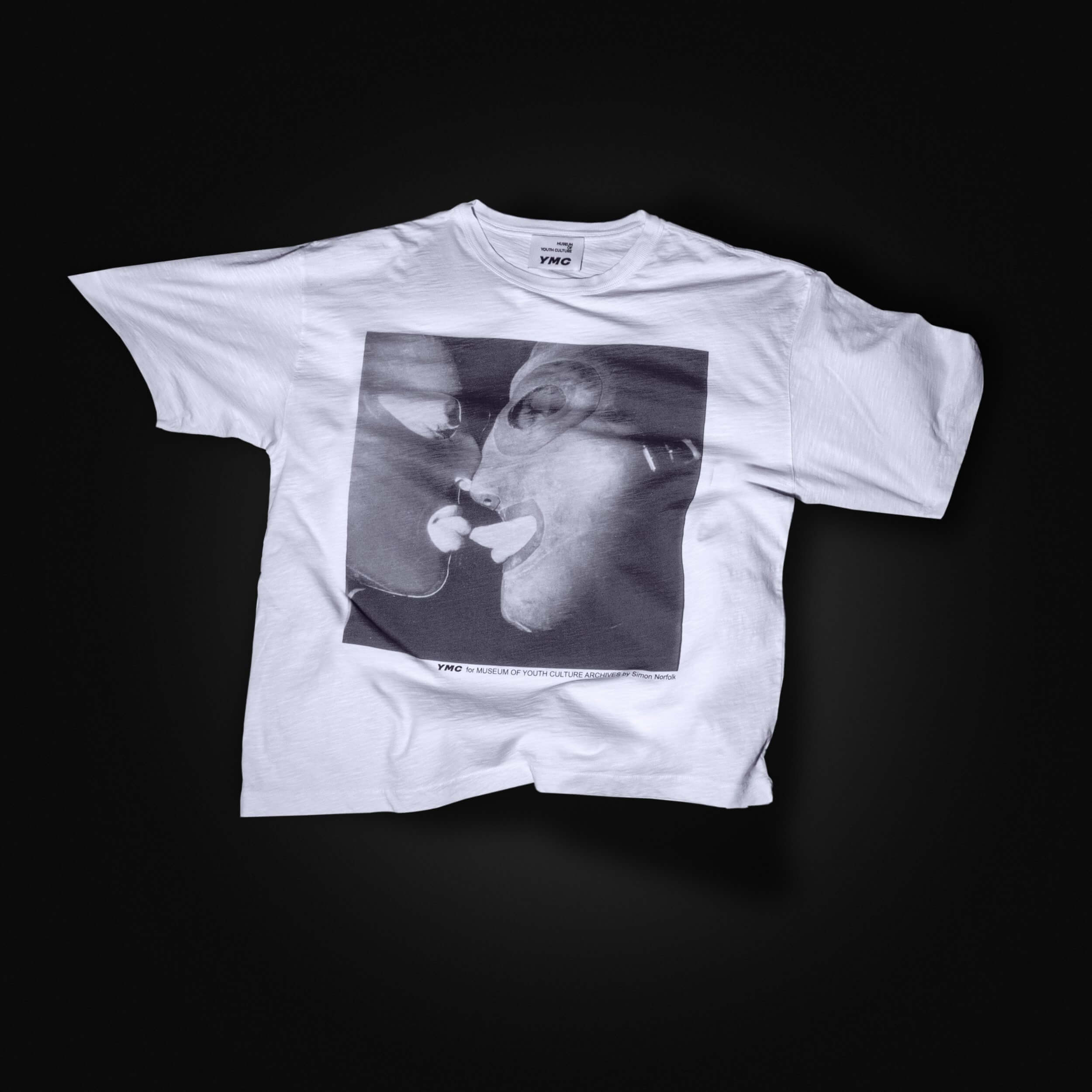 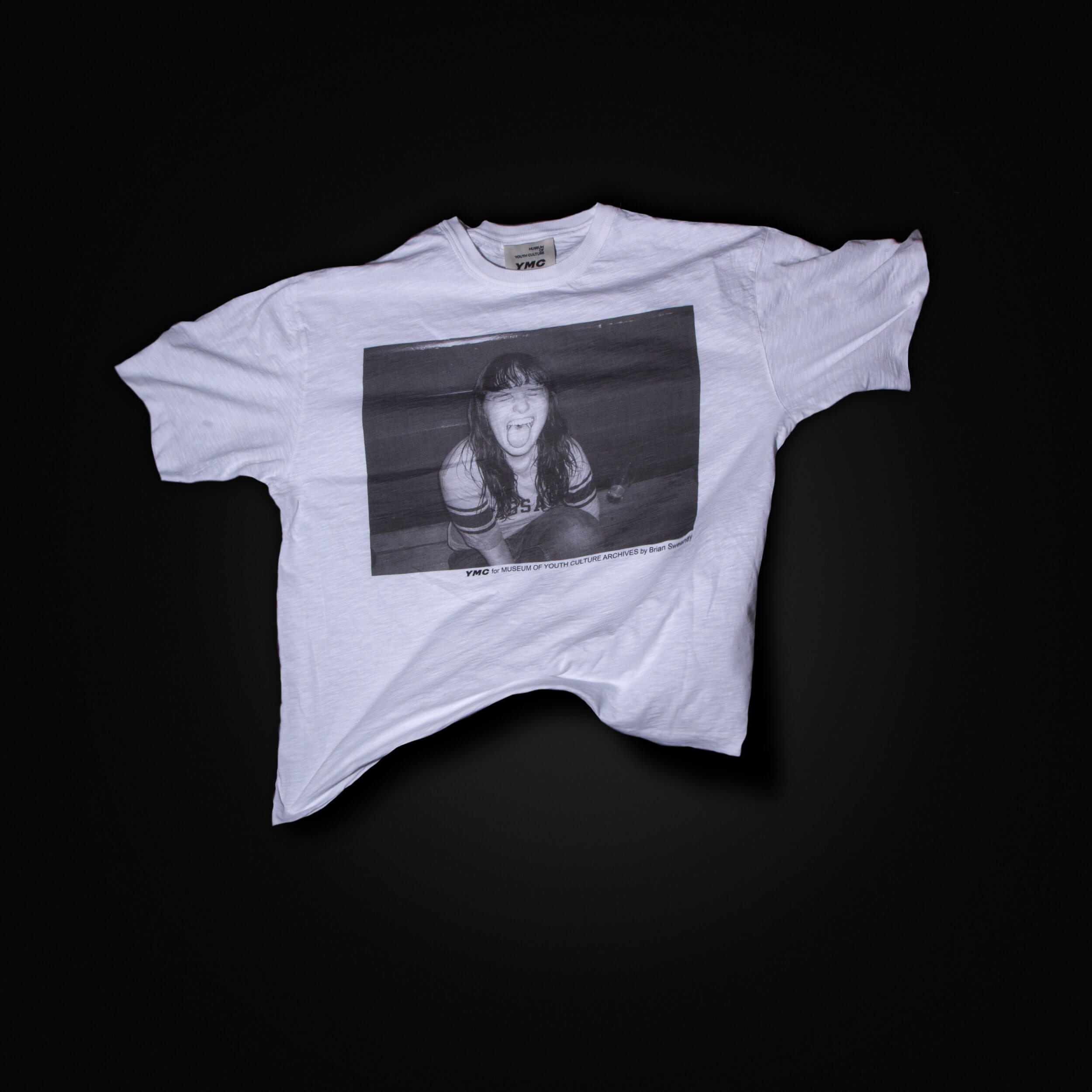 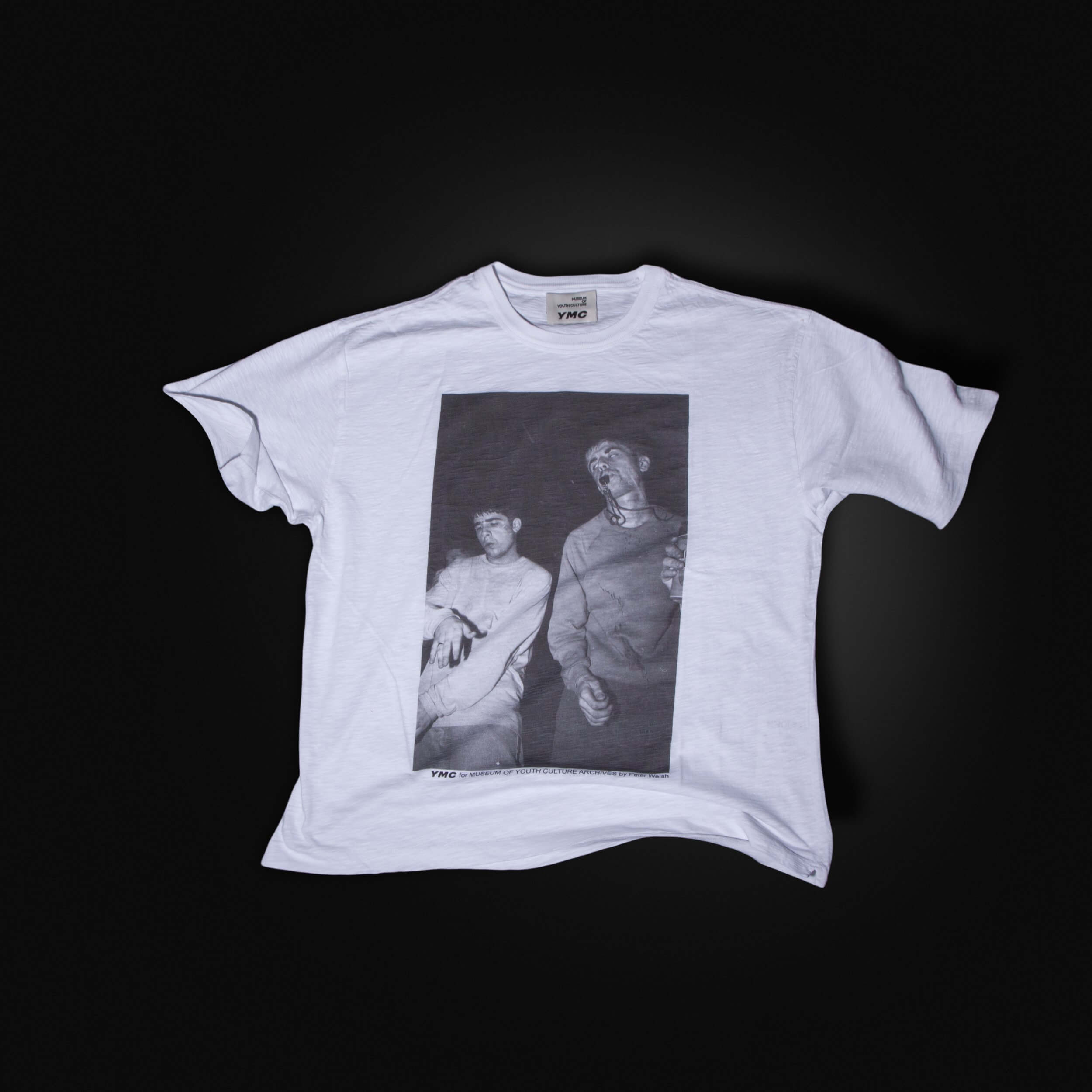 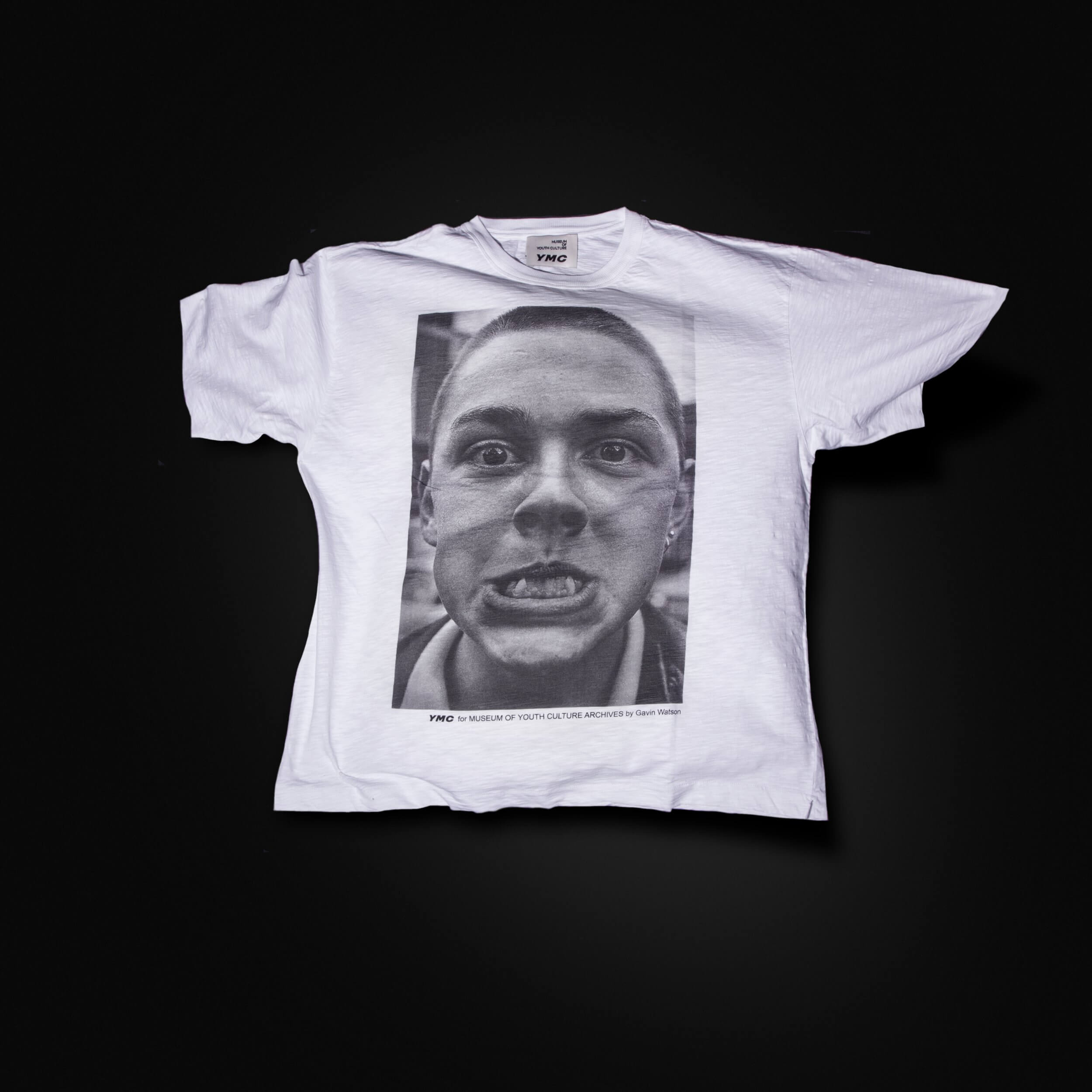 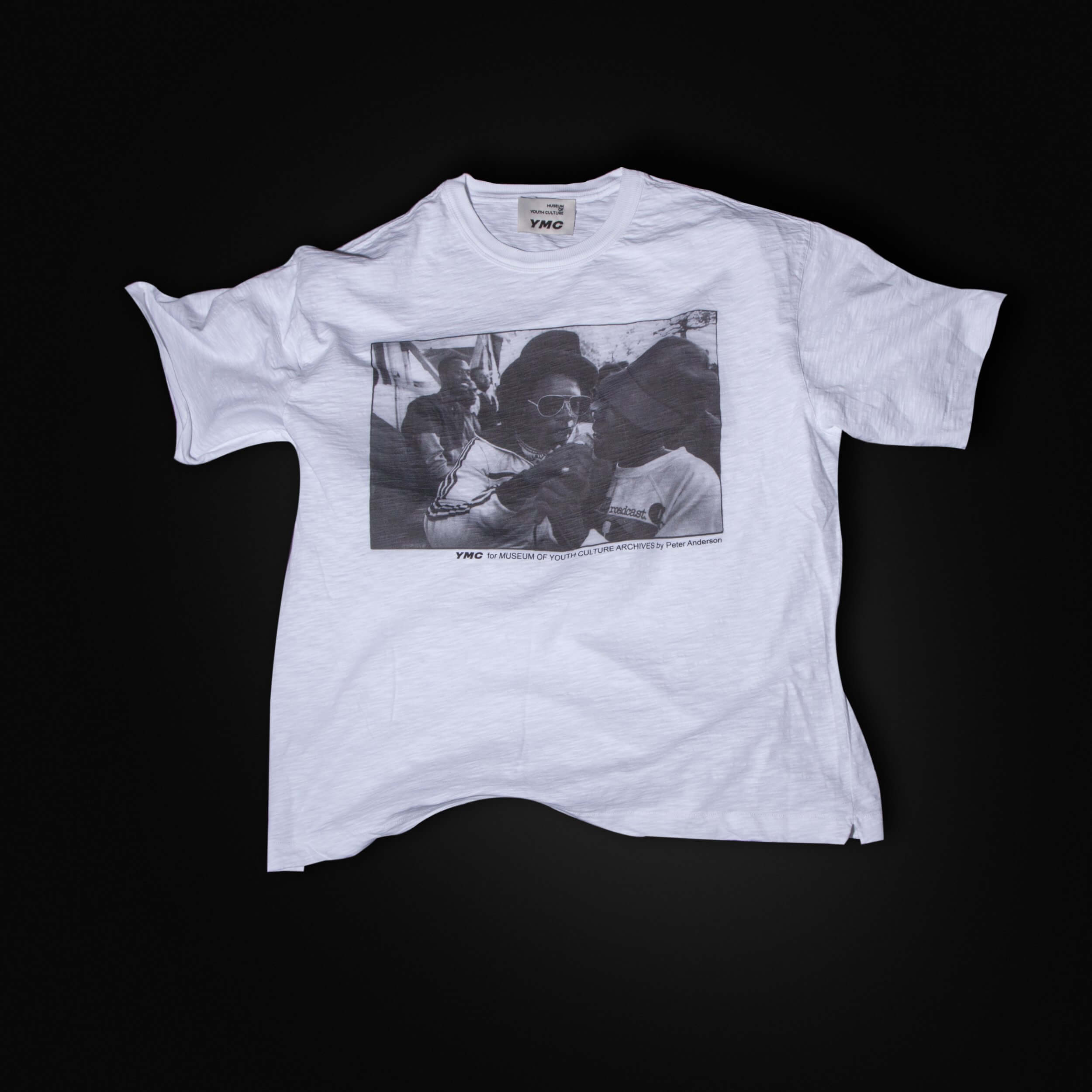